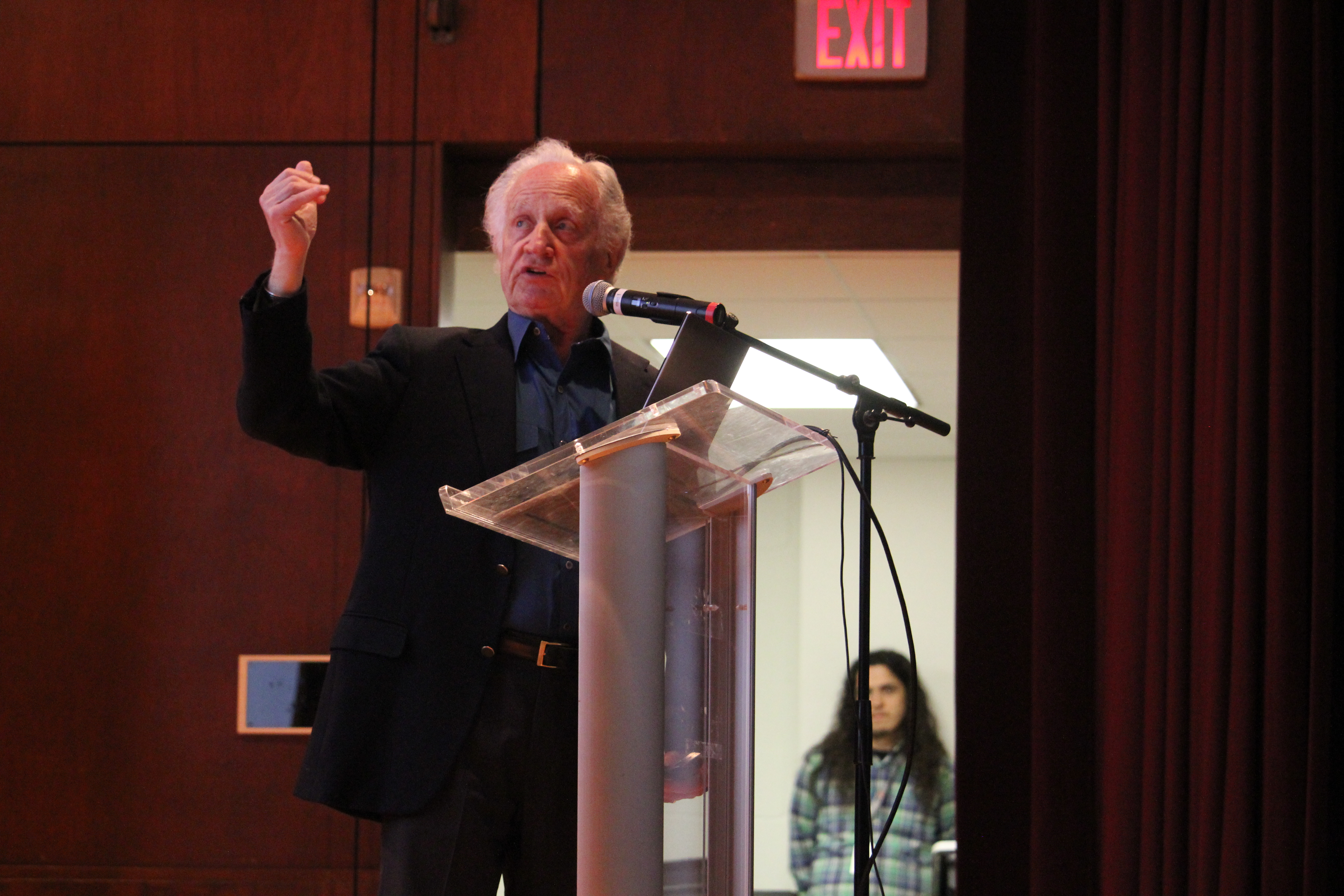 Capecchi also gave a lecture April 11 in Wolfe Recital Hall as part of Student Research Day, a yearly event in which students in the biology and biotechnology programs can share their hands-on research. Capecchi is the first Nobel Laureate to speak at DMC.

“It’s important to encourage the next generation of researchers,” Capecchi told the college ahead of his visit. “It’s my hope that they discover excitement in doing good science and the joy of pursing basic research.”

Students from Del Mar and Texas A&M University-Corpus Christi were able to present their research during the event.

Student Research Day allows DMC natural science students who plan to transfer to A&M-CC to interact with students and faculty members of the university.

“This year the DMC Student Research Day was especially special with a Nobel Laureate Lecture,” professor of biology John Hatherill said. “The attending students were captivated by Mario and gained wisdom from his extensive wealth of scientific experiences.”

Capecchi is a distinguished professor of human genetics and biology at the University of Utah School of Medicine in Salt Lake City.

He and two other scientists won the Nobel Peace Prize in 2007 for discovering a method to turn off a specific gene in mice through the use of embryotic stem cells, commonly known as knockout mice or a genetically modified mouse.

“One thing about scientists is that we don’t usually go beyond our science, we become experts in one field and that is it, that is all we contribute for the rest of our lives and we become better and better in that field,” Nasr said. “But with Dr. Capecchi, every day he completely shifts his discipline and he focuses on a new study and that was just amazing to me.”

His research has allowed today’s scientists to mutate mice in any gene and the capability to choose which gene to mutate and how to mutate it. With this freedom, scientists can observe genes during the developmental and post-developmental phases of mice.