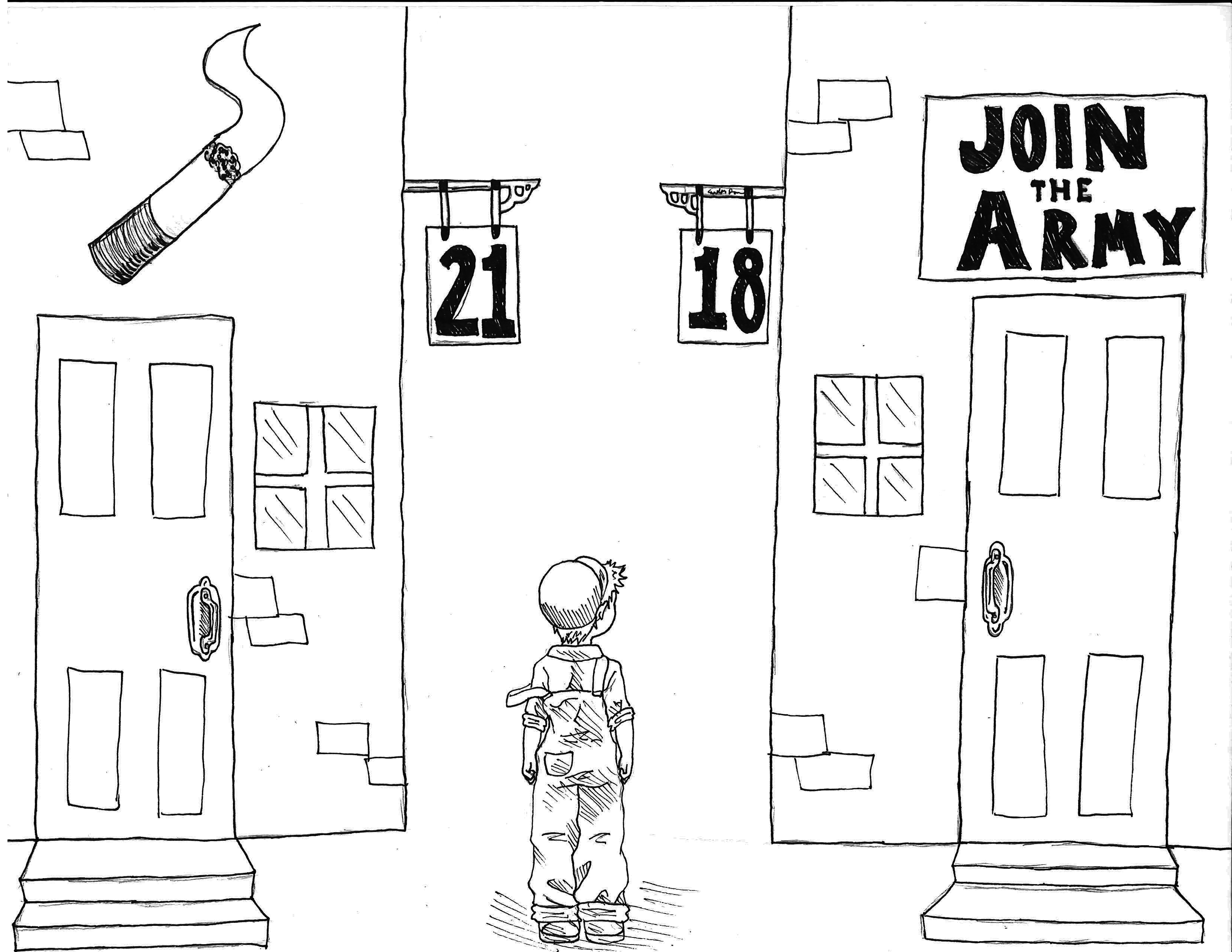 Joining the military, fighting and dying for our country, being tried in court as an adult, purchasing cigarettes — these are all things you can do at 18. However, Texas Senate Bill 21, filed by state Sen. Joan Huffman, R-Houston, proposes to change the purchasing age for all tobacco products to 21 years old.

If the legislation passes, as it should, Texas would become the eighth state to adopt so-called Tobacco 21 legislation. It would go into effect on Sept. 1. Raising the purchasing age would be a step in the right direction. Not only would a move like this increase overall public health, it would also save the state of Texas a tremendous amount of money in health care costs.

Too many young adults are becoming addicted to cigarettes and e-cigarettes, and trends in today’s culture have continued to increase that amount. These young adults are unaware of the powerful effects of tobacco because of a lack of proper education in schools and are easily persuaded through peer pressure. These substances are harmful to the body and can have long-term effects that can lead to permanent damage and even death. Statistics show that teens are more likely to become addicted at a younger age.

Raising the age is an effective strategy, with one major tobacco company, Altria, supporting the bill. The corporation, which owns tobacco giant Phillip Morris as well as the makers of Copenhagen and Skoal snuff, said it has “advocated for strong minimum age laws in all U.S. jurisdictions.”

Smoking has been at a record decrease since 2017. According to the Centers for Disease Control and Prevention, an estimated 14 percent of United States citizens smoked cigarettes in 2017, which is down from 15.5 percent in 2016. However, many people say this new law will not prevent people under 21 from using tobacco products.

While this may be true, it will deter many underage people from attempting to purchase tobacco products. Because many people are law-abiding citizens, the bill will most certainly cut down on the amount of people using tobacco products.

While it’s true that an 18-year-old can sign up for the military, they may not be fully aware of the health risks that tobacco products can cause in the long term. This bill will be a good addition to our state laws.