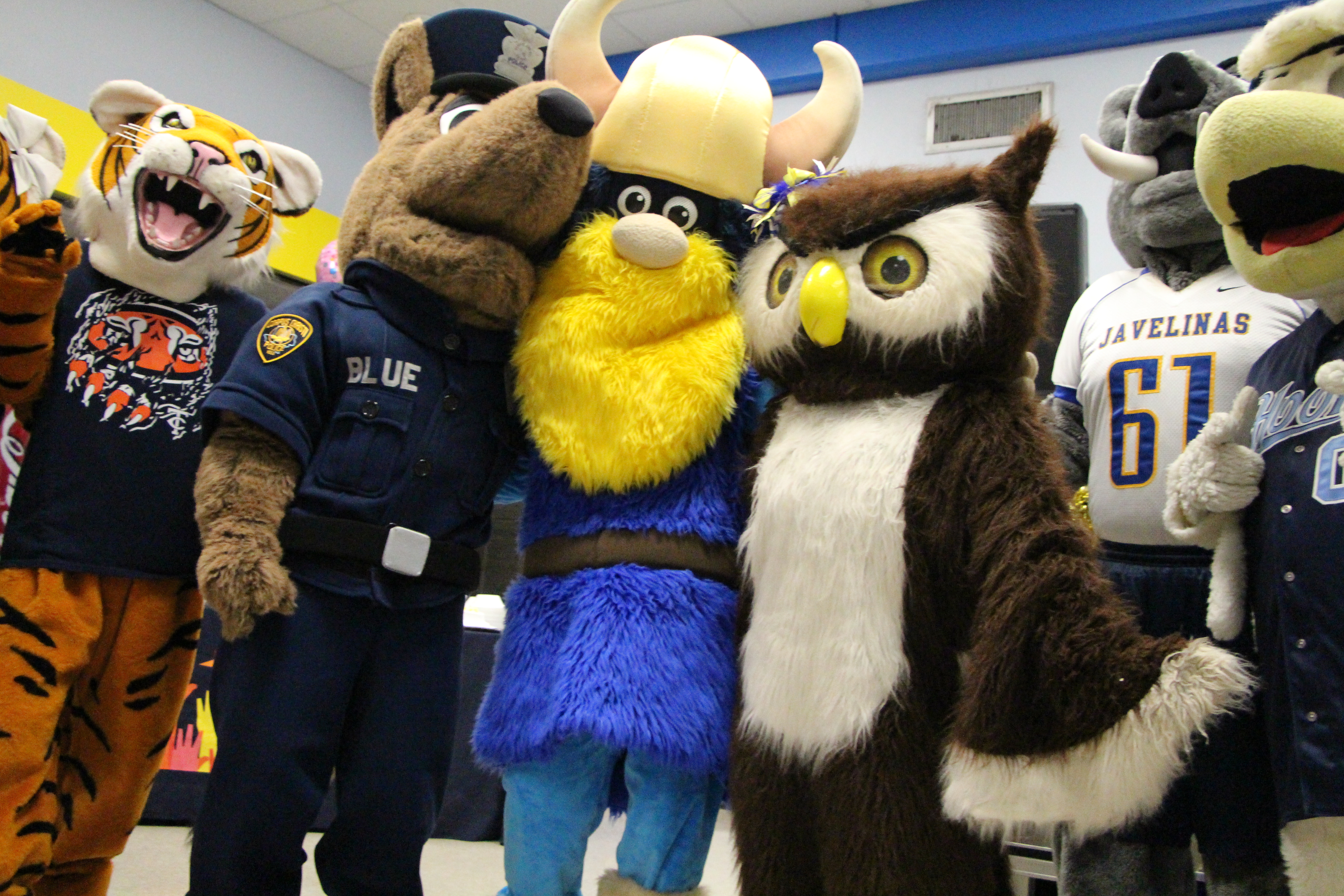 Mascots from around the Coastal Bend helped celebrate Valdar the Viking’s second birthday on April 16 in the Harvin Center.

“This project became in the spring of 2016 with Valdar,” Silva said. “We set up a committee and we knew what we wanted from our mascot: to represent the courage of our students, to show off the pride of our alumni, and that would meet the dreams of future students.”

Estevan Guerra, student life specialist and mascot trainer, invited many local businesses to the event. Groups such as Pepsi, Freedom Fitness and Nothing Bundt Cakes had their own tables and spoke to students about internships and other opportunities and raffled away free gifts.

“We get to share such a special event, not only with our students, but others in our community as well,” said Natasha Perez, Student Government Association president. “As this academic year comes to a close, I think it’s also important to celebrate and emphasize the aspect of inclusion in coming together as students and a community to make friends, connections, and set aside our differences and just enjoy one another. And what a better way then hanging out with Valdar and his buddies?”

With Valdar unable to talk, he certainly was ecstatic to see the huge turnout.

Students were excited and surprised with the event. Abigail Land, education major, had no idea of the celebration when she went to the Harvin Center to look for her brother.

“I think it’s cool that they’re doing this,” Land said. “Del Mar doesn’t have a lot of stuff to do, so it gives students something fun to be a part of.”

“We’re able to recognize other groups and gather information about certain things that we may be interested in,” De La Garza said.