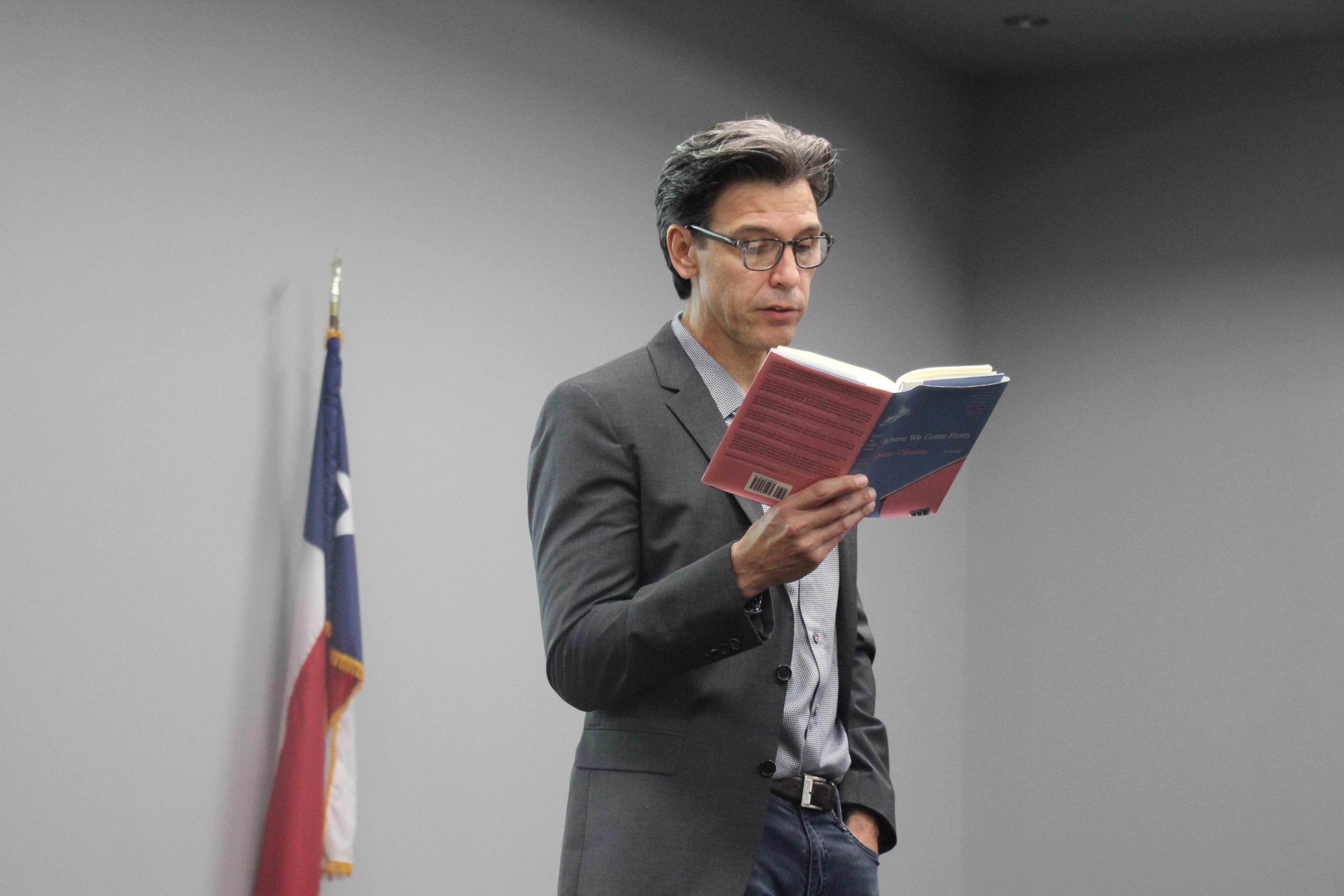 Author Oscar Casares reads from his newest book, "Where We Come From," on May 30 at the Center for Economic Development.

Award-winning author Oscar Casares recently visited Del Mar College to read from his new book, “Where We Come From,” a novel about a Mexican-American family in Brownsville that becomes involved in smuggling immigrants into the United States.

Casares, who was born and raised in Brownsville, also signed books during his visit, sponsored by the Mexican American Studies Program and Department of English and Philosophy on May 30 at the Center for Economic Development.

Casares said “Where We Come From” is influenced by the immigration that occurs in his hometown and how the first couple of generations struggle after their families cross the border.

He began sketching out the novel in 2013 and completed his first draft in 2016. As he formulated his plot, he was reminded how the migration never ended and continues to face a series of obstacles today. His intention was to strip the politics away from the story and guide the reader’s attention to an average border life experience.

“Mexican-Americans have been through discrimination, segregation, yet no collective trauma,” Casares said. “What that trauma does, is it creates a narrative that says, ‘This has been our struggle; this is what we overcame to get here.’ But we don’t have a textbook point in time or a ‘before and after’; it’s just always been the same and has continued on and on and on.”

Coming from a bicultural world, Casares decided to further educate himself on matters pertaining to border immigration before writing his novel. He researched the logistics of smuggling and how “stash houses” were made available to shelter undocumented immigrants on their journey into the U.S.

“On one occasion, I spoke to the Border Patrol and watched them demolish a former stash house,” Casares said “The single most critical piece of my writing is hearing stories of those that simply don’t want to be noticed and just want to get to their destination. To be noticed is to be vulnerable and to be vulnerable is to be a target.”

The author’s upbringing influenced him to channel what was happening around him into his writing. He challenged himself to pull things from reality and apply the same authenticity to his stories.

“There is a dominating narrative about the border — it’s usually a very negative one and the national media comes in and does not tell the complete story,” Casares said. “Growing up there for generations, it is still a perfectly fine place to have a family, which is something that the national media never mentions. The book obviously has immigration in it, but as you go deeper into it, immigration starts going into the background and the characters’ lives become more prominent.”