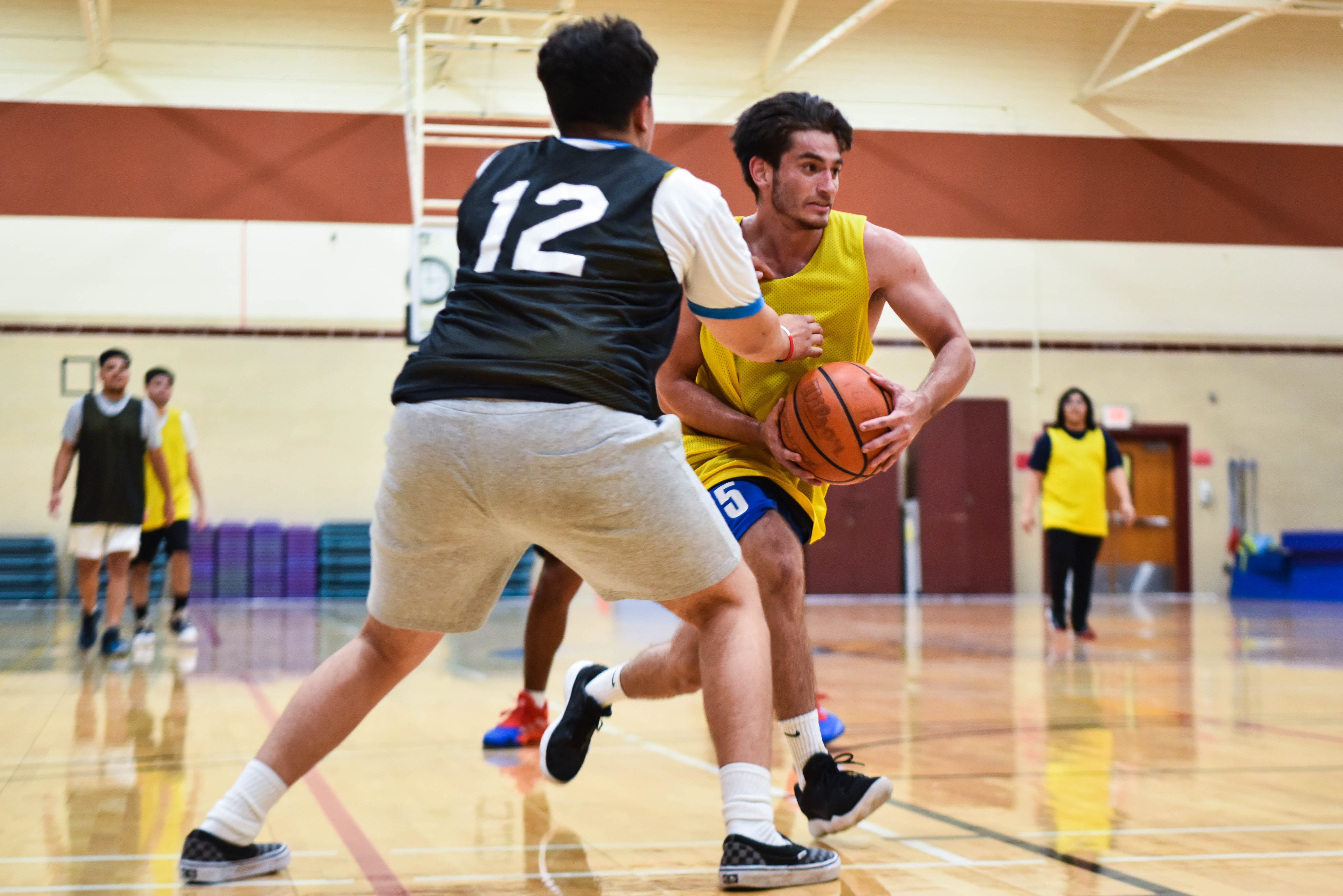 Del Mar intramural 5-on-5 basketball league tipped off their league with a full set of teams on Sept. 30.

The six teams participating this semester are TM Has Beens, FOE, Most Hated, Ice Rays, Guess and Free Agents.

“The turnout is really good,” said Kristy Urbick, intramural director. “This is the most 5-on-5 teams we’ve had, so it works out perfect”

The teams are ranked throughout the league and placed into standings of first through sixth place. A tournament will occur the last two days of the league to determine a winning team.

“We’re doing a round robin right now, then we’ll see them based on their results. Then we’ll do a tournament the last week,” Urbick said.

Personal stats are recorded and printed for student reference. The stats are ranked by the points made, free throw/free throw percentage, fouls, and field goals made. The top players come from FOE, TM Has Been and Most Hated. The rankings will adjust after each day.

Michael Suarez, kinesiology major and player for Guess, knows that improvements are important to get better.

“I feel we made a lot of mistakes, but you learn from your mistakes and move forward,” Suarez said.

The league will continue Mondays and Wednesdays through Oct. 16 in the gymnasium.