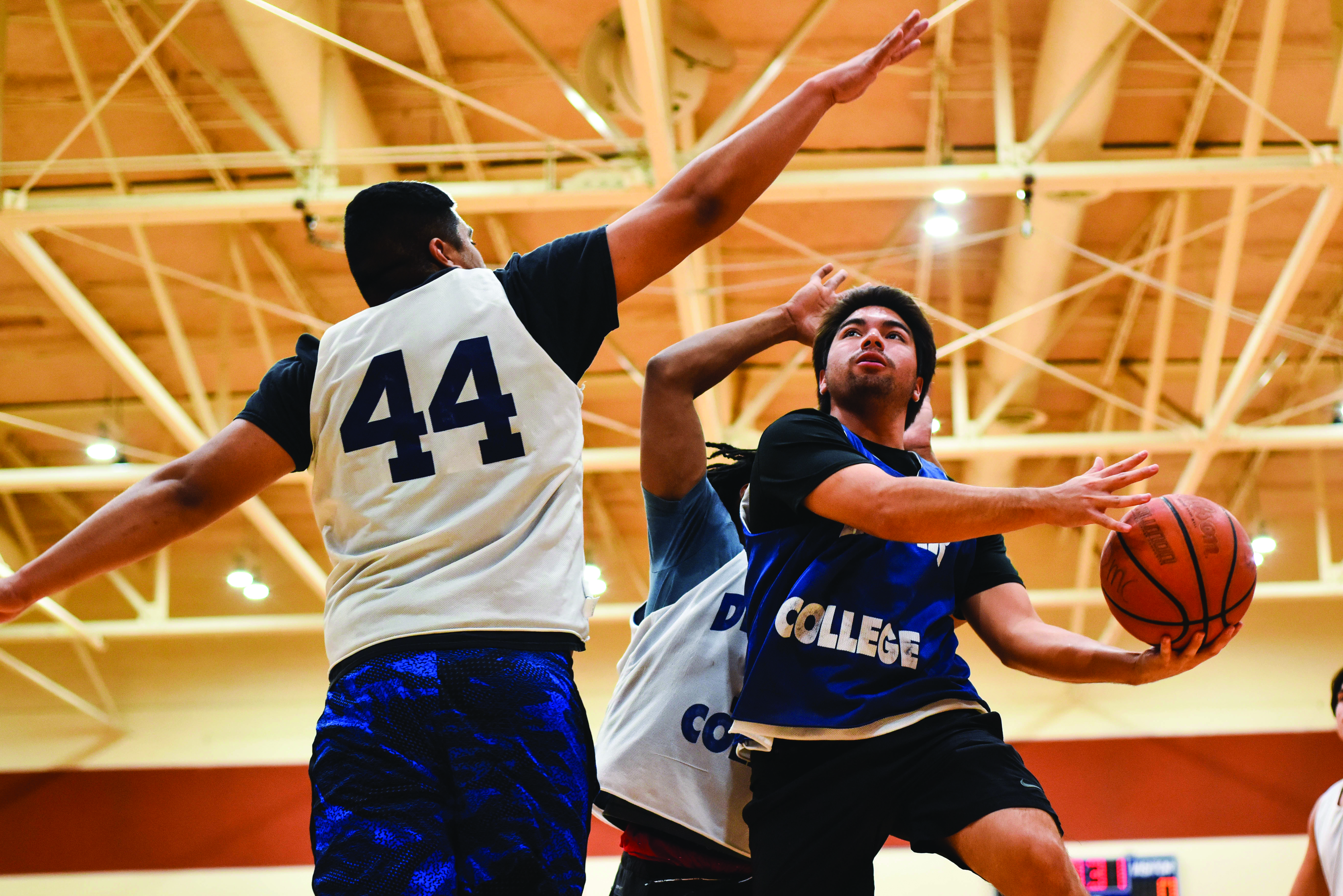 Norman Medina goes up for a layup during the first half of Mondays 5 vs. 5 basketball tournament.

The 5-on-5 basketball league completed its final game on Oct. 16, crowning Most Hated as the champion.

Six teams competed to secure their spots in the playoff bracket on Oct 9. The bracket consisted of each team ranked from first place to sixth, leading into the championship with the top two teams going head-to-head.

FOE stood undefeated and following close behind was Most Hated with only one loss. Both teams secured their spots for the final round of playoff games.

FOE had a successful victory over Most Hated, who suffered their first loss as a result. Ice Trays won against Free Agents by nearly 20 points and Guess dominated TM Has Beens in the final game of the day.

The playoff game on Oct. 14 had four teams competing, Guess vs. Free Agents and TM Has Beens vs. Ice Trays.

Free Agents gained a spot in the playoffs with a crushing win over Guess and TM Has Beens acquired a win over the Ice Trays after a close game.

Sebastian Deleon, architecture major and player for TM Has Beens, confidently assisted his team in their win.

“We play hard and we play fast. The other team is pretty good, but all we have to do is be faster than them,” Deleon said.

Championship game day consisted of FOE vs. Free Agents and TM Has Beens vs. Most Hated for the first two games.

FOE destroyed the Free Agents, doubling the score by the final buzzer. Most Hated defeated TM Has Beens in a close game with a 15-plus point lead by the end.

Most Hated and FOE battled for the championship title. Both teams played a tense game with a tight score throughout both halves.

Most Hated dribbled their way to the first place title for the 2019 intramural basketball league.