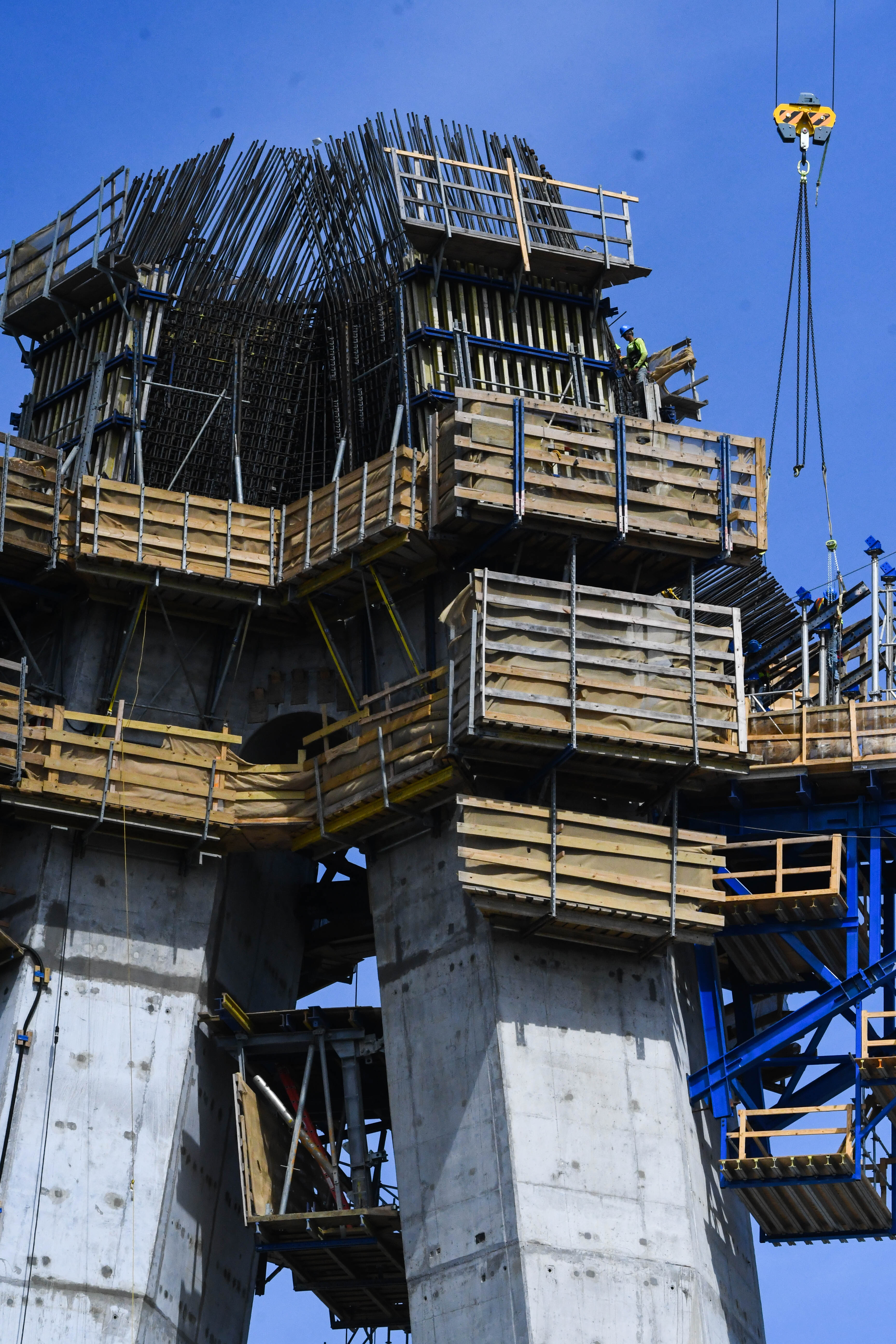 When it first opened up to traffic in 1959, the current Harbor Bridge served as the primary link for entry into the city from State Highway 35. A through-arch style bridge, with a height of 243 feet and a span of 620 feet, it soon became a highly recognizable landmark.

But now, after nearly 60 years of service, an ultra-modern replacement will soon be spanning the Corpus Christi ship channel.

“One of the primary reasons that the current bridge is being replaced is to provide improved safety features,” said Lorette Williams, the public information coordinator for the construction firm Flatiron Dragados.

After a 17-year planning period by local legislators and civic leaders, construction officially began in August 2016 on a state-of-the-art suspension bridge that is estimated to have one of the longest spans in the United States.

The bridge will be the new connection to US Highway 181 and SH 35. Upon completion, it will be the tallest structure in South Texas and the longest cable stay bridge in the United States, with a main tower height of 538 feet and a length of 1,661 feet.

In addition to making it a grandiose, eye-catching structure, planners are also making safety a priority in the bridge’s design and development.

“Driving over the current bridge, you will notice that shoulders are nonexistent, and can lead to considerably heavy traffic tie-ups in the event of a vehicular emergency,” Williams said. “The new bridge will provide spacious shoulders along both sides of the roadway, plus an enlarged pedestrian walkway.”

Williams also said the architectural design of the new bridge will make it a landmark attraction.

“We feel that the bridge will provide a truly new experience for the citizens of Corpus Christi and for tourists visiting as well,” Williams said. “The added attractions such as the lookout point and expanded walkway will offer opportunities for strolling, jogging and biking, plus a commanding city view.”

The bridge is likely to be completed in 2023, according to the latest estimates.

For more information and updates on the new bridge project, visit Harborbridgeproject.com.