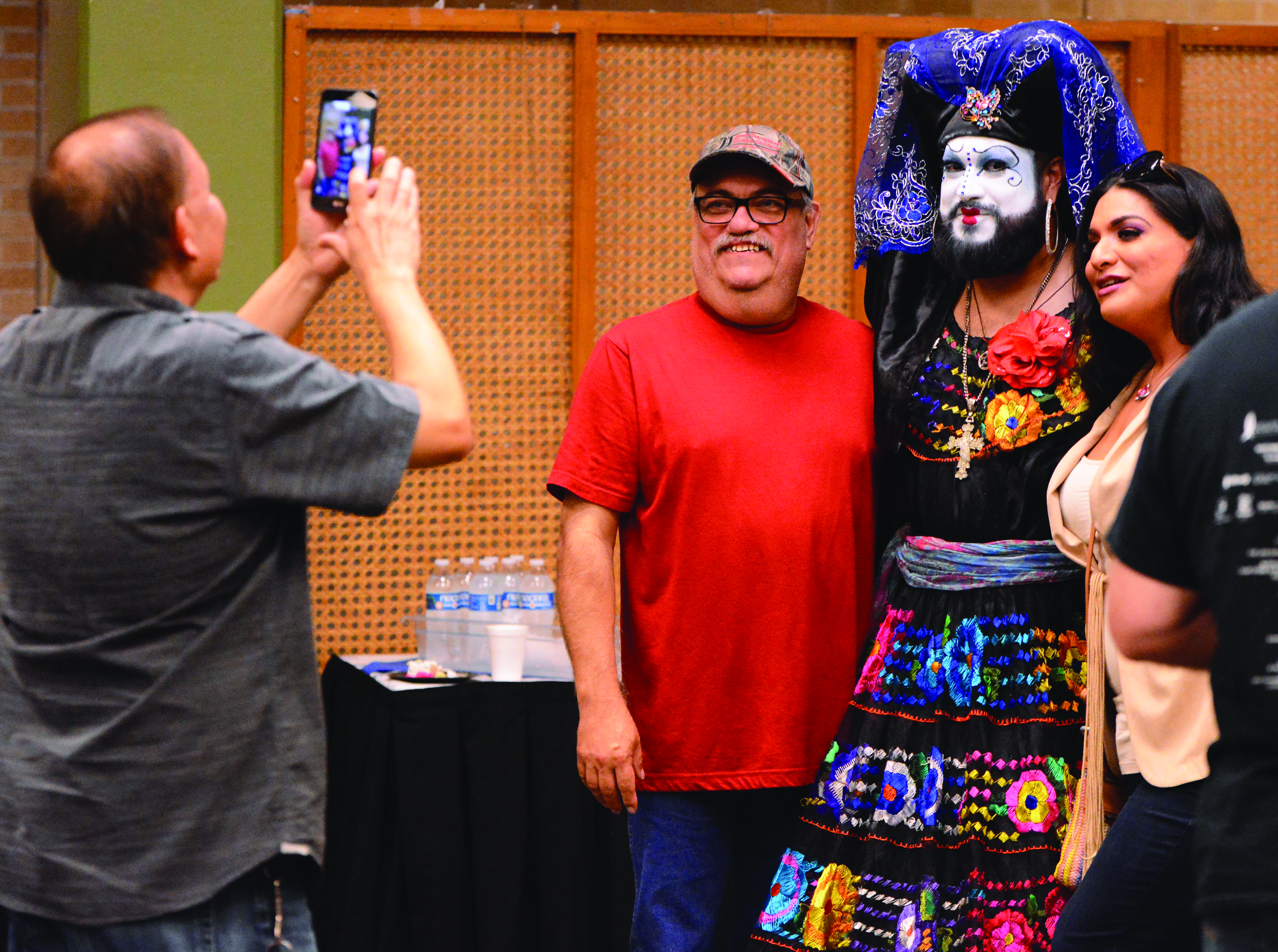 The Oct. 15 event began with an evening reception where several dozen guests mingled while munching on pizza and cake in the Retama Room. A table was set out from Pride Corpus Christi where guests could purchase shirts and rainbow flags.

Sofia Jimenez, president of Safe Space, said she teamed up with Bill Hoelscher, president of The Mosaic Project of South Texas, to bring this event to Del Mar.

After the screening of the 2010 film, which deals with the 1969 Stonewall Riots that started the gay revolution, a panel of speakers talked to the viewers about how the documentary made them feel and where we are as a community now.

Kitana Sanchez, an LGBTQ+ activist, said while the film did cover the revolutionary movement, she was saddened to not have seen Sylvia Rivera and Marsha P. Johnson represented.

“We know though history they had been part of that revolution, especially Marsha P. Johnson,” Sanchez said. “There have been at least 22 trans women of color this year who have been killed in our nation. This is a serious problem.”

Sanchez said people should be talking more about these murders since trans women of color were the ones who helped start the Stonewall Riots.

“It’s very important that we do not have this erasure of our culture,” Sanchez said. “The main parts of that movement were the women of color and the gender non-conforming people as well.”

Eric Holguin, a Democrat running for Texas House District 32, said he agreed with Sanchez about not forgetting the trans members in the LGBT community.

“When it comes to LGBT rights, we can’t forget the T,” Holguin said. “Not only the T, but we don’t forget the people of color and gender non-conforming people on this issue.”

The Rev. Dana Worsham, senior pastor at St. Paul UCC, said how she came out of the closet over 35 years ago.

“I never ever thought in 1983, I would live to see gay marriage legalized. But here it is,” Worsham said. “I know that it seems that the wheels of justice turn slowly, and the answer is they do. We have power and we need to use that power. I know for the younger generation, you might think, ‘Oh, it moves so slow.’ Yes it does. It’s one step firmly forward at a time.”

Holguin said just because same-sex marriage was legalized in 2015, doesn’t mean people should give up and stop fighting for those who are being murdered and kicked out of their homes and jobs for who they are.

“We have to keep up the fight until there is literally 100 percent full equality for everyone,” Holguin said. “Regardless of who they are, regardless of how they identify.”