A new parody book written by Faye Kanouse and illustrated by Amy Zhing, “If You Give a Pig the White House,” has become the No. 1 best seller on Amazon since it was released at the beginning of October.

The book is an adult version of the children’s cautionary tale “If You Give a Pig a Pancake,” showing just what can happen when “a greedy anti-hero tracks his hooves all over America,” according to the synopsis on the book.

The book is no doubt about our current president, Donald Trump, and is vividly seen throughout the illustrations and the storyline.

The actions of the pig are parallel to those of Trump, from him throwing fits because things are not going his way, calling news fake if it does not side with him and even moments of “locker room talk.”

The book is available on many sources including Amazon, Walmart and, most controversially, the children’s section of bookstores such as Barnes and Noble.

Many people are taking to the internet over their discontent with the book’s content and the idea that it can be found in the children’s section.

There are 240 reviews of the book on goodreads.com, with more than half of them giving the book a one-star rating. May readers are angry because of the “lies and disguised ignorance” about the president.

Yet, in fact, all the events in this book, or a version of them, have occurred while Trump has been president.

To say the book is spreading lies or misinformation is simply false. Everything uncovered in the book could easily be seen by a Google search of our current president.

As for me, the book was downright hilarious and accurate. Many people see the president for what he is and not what they want him to be. This book, to me, effectively portrays how I see Trump.

The book is pure entertainment and does not in an way defame the president — he has done that all on his own.

Reporter Justine Wade talks about the parody book “If You Give a Pig the White House” and the criticism it’s receiving.

How does one love another that they can never touch?  This is the heartbreaking question at the root of Rachael Lippincott’s YA novel “Five Feet Apart,” based on the screenplay by Mikki Daughtry and Tobias Laconis.  Lippincott was born in Philadelphia and graduated with a BA in English writing from the University of Pittsburgh. One of the producers for the upcoming film, set to debut March 15, asked Lippincott to write a young adult novel based on the script.  “Five Feet Apart” circles around two teenagers, Will and Stella, who both have cystic fibrosis. The two meet while in the… 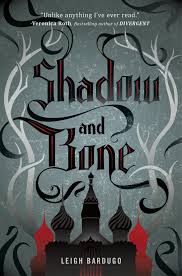 Brittany Claramunt @BrittClaramunt bclaramunt@foghornnews.com Russian is not my first or second language, nor do I know much about its culture, but that didn’t stop me from reading “Shadow and Bone” by Leigh Bardugo. Shadow and Bone is the first book in a trilogy that follows a girl, Alina, who is saved from going to war because she learns she has the ability to create light. She is taken from the fields to Ravka court where she meets the Darkling, a powerful man who can create darkness. In a nation ravaged by darkness and monsters, her ability can help her nation…

2 thoughts on “Parody speaks the truth while facing criticism”