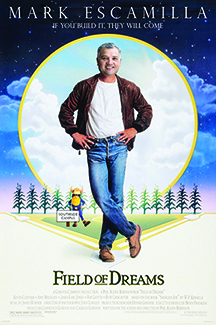 When one thinks of Del Mar College, their mind probably first goes to the East Campus where the Harvin Center, White Library and Richardson Auditorium reside. Aside from our West Campus and CED Building, many students don’t even know we have a Del Mar building in Calallen.

In 2018, voters approved a $139 million bond package to create a Southside Campus for future Del Mar students. This bond is broken up into two packages: one including the central plant and utilities, the other including the main building and library, a STEM building, a culinary art facility and site development.

At its Oct. 1 meeting, the Board of Regents awarded Fulton Coastcon Construction a $106.7 million contract, which deals with Package 2 of the project. This exceeded their original cost estimate by nearly $20 million.

The facilities are set to include a culinary program, special programs and instructional buildings, parking garages and a new library. While this may seem like an ideal plan for the college, is it really necessary?

In the Oct. 8 Board of Regents meeting, the board had been mentioning the concern of helping students, making tuition and textbooks more affordable. How can they suggest that and talk about adding a brand new campus and dorm rooms?

What would the new campus have and what would it be for? They plan to provide a new culinary environment but there is already one that exists. Perhaps updating the one that Del Mar already has would be more necessary than adding another campus.

Instead of focusing on constructing new buildings, focus on the real issue, and that is students being able to afford to even go to Del Mar College. Del Mar is a community college, not a university. Del Mar is a place where people go and have the opportunity to have a better career for their families that can’t afford to go to a university.

Students who are on the East Campus still have to deal with the construction for the General Academic and Music Building. We were told it would be finished by this fall semester, but then school started and we learned it will be done by spring 2020 instead. Fingers crossed.

The Southside Campus isn’t a necessary project. Yes, students who travel from the southside to get to campus will save gas mileage, but what about the students who live on the other side of town needing to travel? The existing campuses have a chance of becoming obsolete by students, as they will want to attend the new campus because who doesn’t love new things?

While some are more concerned about building a new campus, they should focus on what they can do to improve the current campuses and buildings. Complete one project before starting another one.

One thought on “Southside Campus is a waste of money”