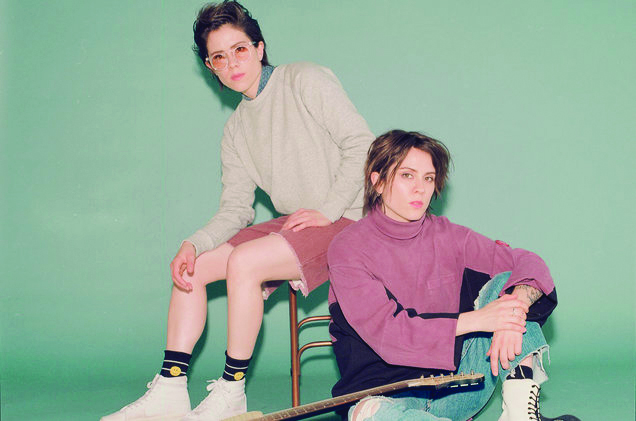 Tegan and Sara’s latest release, “Hey, I’m Just Like You,” is their coming-of-age album returning us to their high school feelings of repressing their sexual orientation, hallucinating on acid and feeling invincible and invisible at the same time.

Identical twin sisters form the Canadian indie pop duo. While writing their memoir, “High School,” the sisters found cassette tapes of demos they created while in high school. They rewrote parts of the lyrics, but kept the essence of each song.

The album opens with “Hold My Breath Until I Die,” which reminds you of the uneasiness of being young and vulnerable. The title track, “Hey, I’m Just Like You,” radiates honesty and is a love song to friendship.

The first single from the album, “I’ll Be Back Someday,” is a fun pop-punk throwback capturing that moment of wanting to escape your current situation, even though you know you’ll be back someday. “Don’t Believe the Things They Tell You (They Lie)” is torn out of a moody teenager’s diary filled with a darker electronic intensity of sound.

The standout track, “Hello, I’m Right Here,” encompasses the young turmoil of a failed relationship making them face the truth of who they were. “I Don’t Owe You Anything” puts you smack-dab in the middle of a stadium full of a crowd belting the lyrics with tears in their eyes.

Filled with lonely lyrics about being young and in love, “I Know I’m Not the Only One” is an upbeat synth-pop song. “Please Help Me” deals with fear and confusion in a stripped-down way while making you remember how it felt to try to be brave when you were so young.

“Keep Them Close ’Cause they Will *uck You Too” is unexpected glimmer calmness with an angsty declarative song title. “We Don’t Have Fun When We’re Together Anymore” starts off ethereal before turning in a cathartic dance-floor anthem to wash away the teenage melodrama.

On “You Go Away and I Don’t Mind,” Tegan and Sara are playful while taunting someone with their goodbye, but secretly still wanting and needing that someone. With the closing track, “All I Have to Give the World is Me,” the twin sisters sing about being brutally honest and remind you that you can’t force yourself to be something you’re not.

While most would rather hide their teenage diaries from the world, Tegan and Sara shared their darkest secrets with the world nearly 20 years later. This album serves you with honestly, vulnerability and the occasional reminder of how dramatic life seemed when you were a teenager.