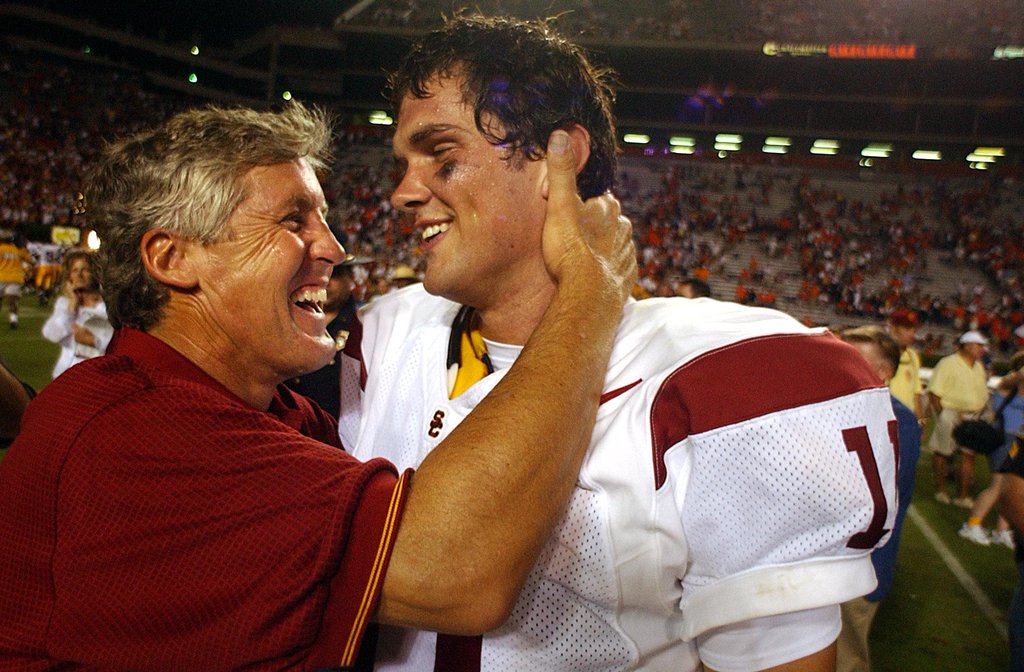 “Trojan War” is an ESPN 30 for 30 about the Pete Carroll-led USC Trojans football team from 2000-06. The documentary, directed by Aaron Rashaan Thomas, begins by explaining the history of USC football and the success they had enjoyed from 1960s into the 1980s before falling from national prominence. Thomas then goes into the struggles that USC faced in the 1990s and how the hiring of Pete Carroll in 2000 was faced with much criticism from the media because he was a failed NFL coach who had never coached college. The documentary then begins to focus on three players, Matt Leinart, LenDale White and Reggie Bush. Those were the three players who spearheaded Carroll’s run.

Leinart was a quiet quarterback who knew how to manage the offense and be a coach on the field. White was a bruising running back who could run through defenders at will, and Bush was an electric running back who could outrun anybody on the field — he was lighting. The trio first took the field together in the 2003 season opener against Auburn, which was considered a top five team at the time. The trio was successful winning their first game and going 12-1 that season winning the Rose Bowl and the AP National Championship. The trio went on to have amazing success at USC, going 37-2 over their three years together, winning two national championships, and having both Bush and Leinart win the Heisman Trophy, college football’s most prestigious award. 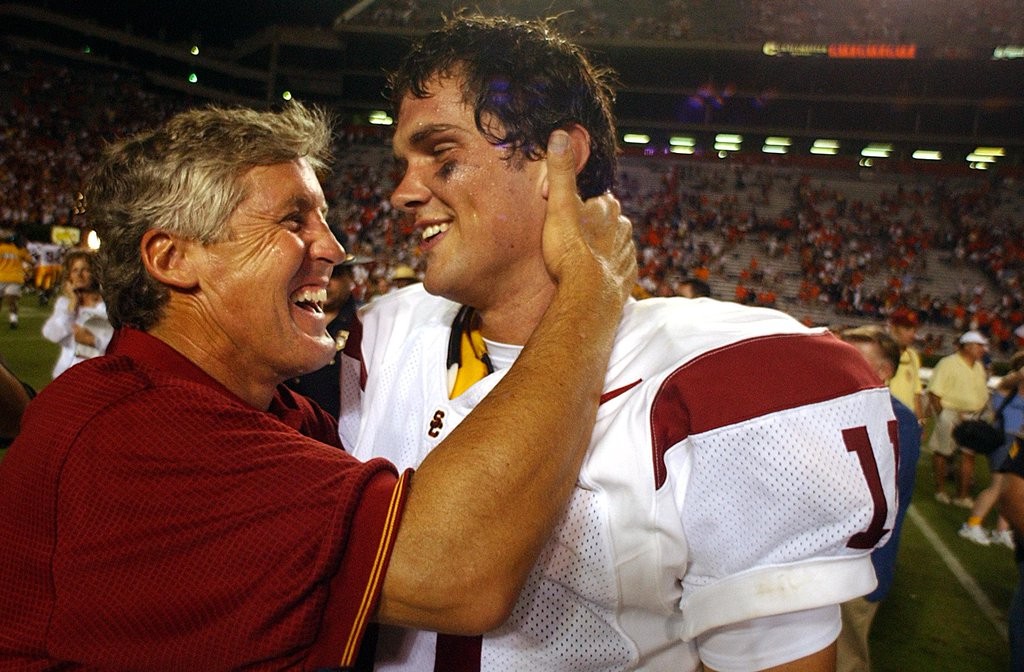 Former USC coach Pete Carroll (left) celebrates a win with quarterback Matt Leinart, which was his first game as a starter against Auburn in the ESPN 30 for 30 documentary “Trojan War.”

The other thing that was stressed by Thomas in the documentary was how Carroll used USC’s location, Los Angeles, to his advantage. Carroll had invited celebrities such as Snoop Dogg to hang around the program and that helped gain publicity for the team. Players liked being able to associate with some of Hollywood’s biggest stars, and Carroll used that to his advantage in his time at USC. Players like Leinart and Bush were celebrities in L.A., according to Thomas. Some of the USC players said Leinart was a bigger celebrity than most actors in the documentary. The celebrity status of the USC players is part of what made USC so big from 2003-2006.

USC’s loss to Texas in the 2006 Rose Bowl ended careers of the dynamic trio, but their stories didn’t end there. Bush’s involvement with an agent caused him to have to vacate his Heisman trophy, and USC to vacate their wins. Carroll left the program in 2009, shortly before the NCAA sanctioned USC for “lack of institutional control.” After Carroll left USC lost its celebrity status and hasn’t been the same since. Carroll created a culture at USC that their stars are on par with the Hollywood stars; some people think that’s wrong, but that is what created the persona of USC under Carroll, and it’s part of what fueled one of the most dominant runs in college football history.

The documentary itself was very good — most 30 for 30’s are, and this one definitely met the standard. Thomas gave us an inside look of USC in that era in a way nobody else has. Thomas did a good job of tying everything together and keeps viewers entertained throughout the program. There were no dead spots in the documentary, which I really liked, and I would definitely recommend watching this.