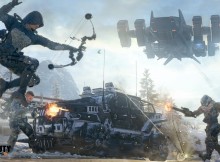 “Call of Duty: Black Ops III” has finally arrived and many gamers flocked to get their hands on the next installment in the popular first-person shooter franchise. This time it is developer Treyarch’s turn to deliver the next entry as part of the new three-year development cycle for the series with the next game being developed by Infinity Ward, and then followed by Sledgehammer Games. After Sledgehammer’s “Advanced Warfare,” many gamers felt it did step up from “Ghosts” but left more to be desired with campaign and its online multiplayer. Treyarch hopes to deliver the fresh start that the series needs with “Black Ops III” and it manages to add a lot more to the series.

This is the first game in the series where you can play the campaign with as many as four players. The story has you controlling a male or female soldier (voiced by Ben Browder and Abby Brammell), and you can customize how your character looks. The story takes place in the year 2065 where countries have developed high-tech air defenses, combat-ready robots and super soldiers. The player you control gets cybernetic enhancements due to a brutal accident on a mission as you try to uncover why certain black sites have gone mysteriously quiet and who is behind it all. Before every mission you go into a safe house to prepare. Here you can customize your loadout for each mission rather than sticking you with a weapon you don’t want. You level up your character to purchase new weapons, and also new cybernetic abilities that include shooting locust swarms that turn incendiary, hacking into certain tech to use against your enemy, and emit a sonic frequency to make your enemy have muscle spasms. This adds more depth to each mission, giving you the opportunity to play the campaign your way. 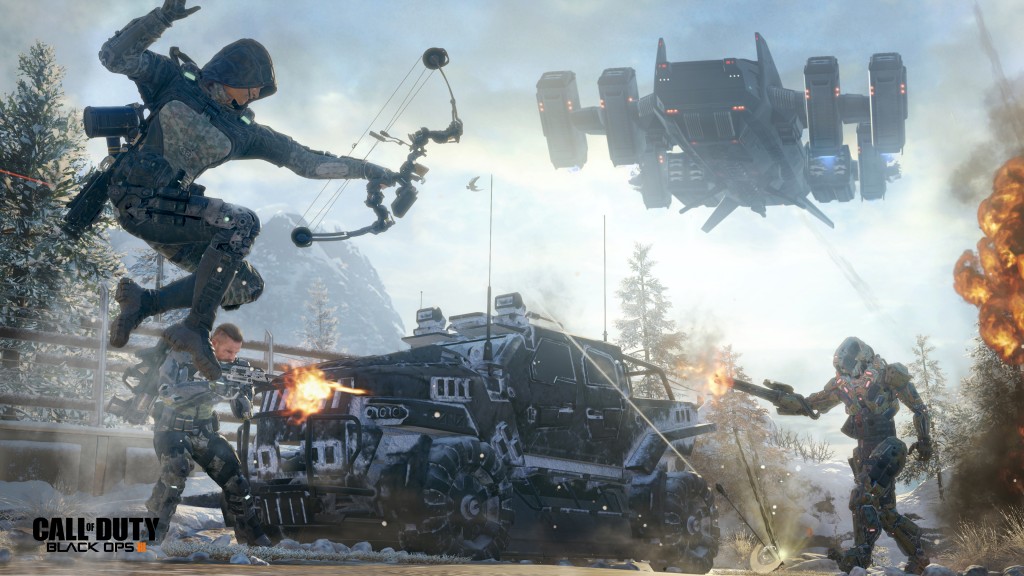 Specialists Outrider (top left) and Ruin face off against Reaper in the multiplayer mode in “Call of Duty: Black Ops III.”

The multiplayer is highly addicting and also has depth to it. When you start, you can choose your specialist, which has a certain special ability that can either wreak havoc on your opponent or use as a defensive strategy. You can level up and prestige as normal, but each time you level up you receive unlock tokens, which ares used for unlocking weapons, perks and specialists you can switch out at any time. But the main highlight that is focused on for this feature is the new movement system that has been compared to the exo suits from “Advanced Warfare.” In this one, you have a thrust jump that is nothing like the exo suits at all. With this feature you can use it to get an advantage and have better control over your character and not have them zip all over the place. You can also run on walls “Matrix” style and shoot enemies, which isn’t too hard to master. You can also swim and fire underwater, giving players an advantage for attacks while keeping it grounded in reality as you can drown if you stay down too long. If you have trouble with the movement system, there are some free-run courses that are perfect to teach the basics of the new movement system.

The main thing developer Treyarch has been known for is its popular “Zombies” mode that has returned with a vengeance with a new story. In “Shadows of Evil” you take control of either Jack Vincent (Neal McDonough), Jessica Rose (Heather Graham), Nero the Magician (Jeff Goldblum) or boxer Floyd Campbell (Ron Pearlman) as they fight to survive in a twisted version of Morg City in the 1940s. The noir style actually makes this fun as you’re fighting to stay alive as hordes of zombies attack you. On occasion, you come across a purple fire pit where you can become “The Beast,” which turns you into a snake-like creature. You mainly use it to fire electricity to turn on certain perk machines, but you can also use it to unleash havoc on the undead for short periods. And you can now gain XP for playing zombies, leveling you up to create your own personal loadout and perks. As a bonus, Mountain Dew and Doritos are giving away double XP for zombies that can be redeemed on dewanddoritos.com.

“Call of Duty: Black Ops III” was indeed the fresh start the series needed with a strong co-op campaign, addicting multiplayer and zombies mode that will definitely be a game many players will devote hours to online. This is definitely worth every penny and getting a season pass for which now Playstation 4 users will get the DLC map packs 30 days early. “Call of Duty: Black Ops III” is available for Playstation 3, Playstation 4, Xbox 360, Xbox One and PC.