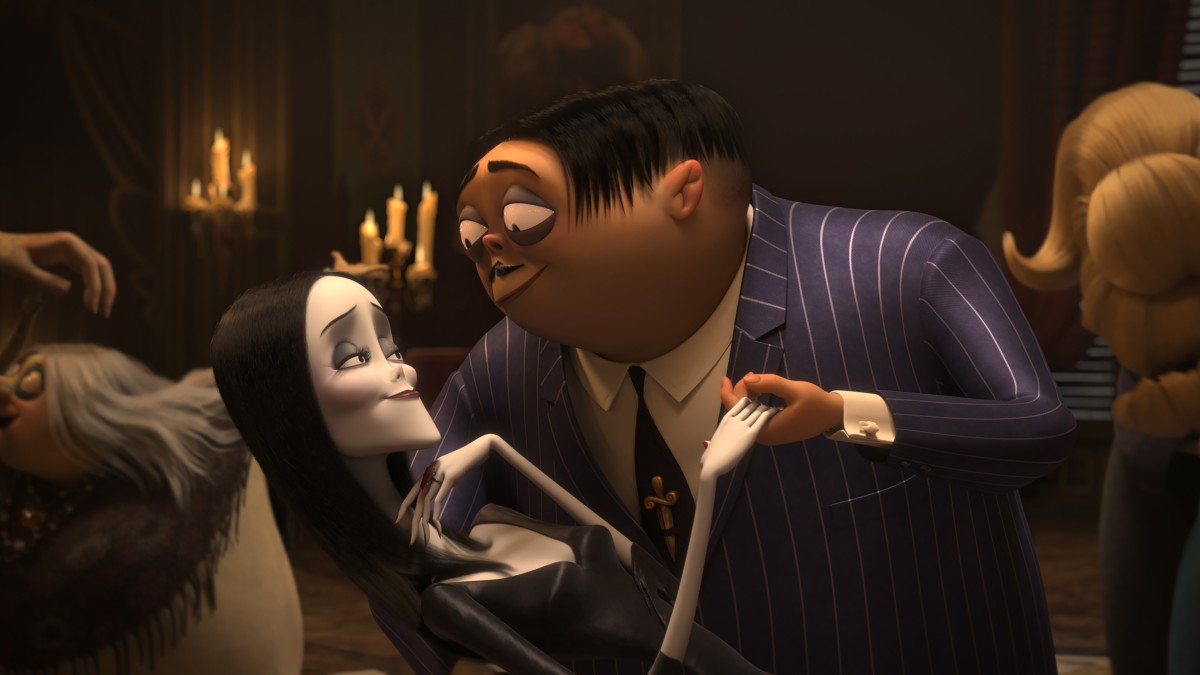 The creepy and kooky family is back as they hit theaters in the new animated movie “The Addams Family.”

The story begins with the wedding of Gomez, voiced by Oscar Isaac, and Morticia, voiced by Charlize Theron. As the ceremony nears its end, angry villagers storm the event with torches, trying to run the odd couple and their family out of the “old country.”

While escaping, the newlyweds try to find a new home they can feel content and accepted in. As they search, they come across an escaped man by the name of Lurch who came from an abandoned, haunted asylum near New Jersey, that by the end of the tour had simply felt like home.

While the family is known for their strangeness and how they revel in it, Wednesday seems to be tired of it and wants to experience something new for a change.

When Wednesday gets curious of what is beyond the gate of their mansion and the community outside the gate learns about the Addams family, both worlds collide. As home renovator Margaux Needler (voiced by Allison Janney) tries to sell the community homes she designed to launch her TV career, the Addams family begins to become an issue for her.

As Margaux fails to get the family to agree with redecorating their mansion, she begins to take things into her own hands in getting rid of the family for good by convincing the community members that the Addams are monsters.

While the show may not express everything from the original “Addams Family” series many of us grew up with, it still captures many of the characters unique characteristics.

The new animated movie is a cute family fun film that will be enjoyed as it shows that it’s OK to be different and kooky, as everyone cannot be the same.