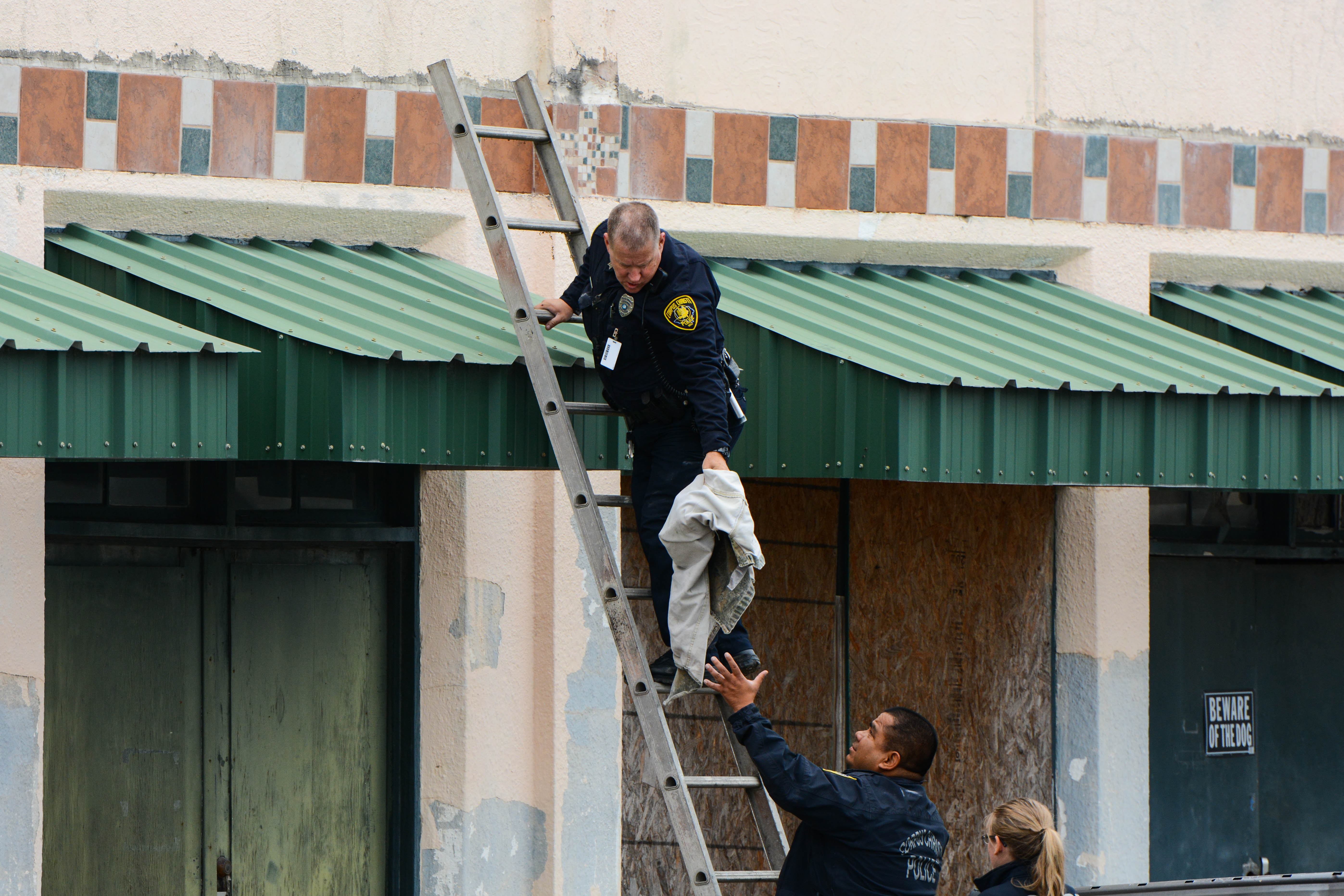 Del Mar College campus security responded to a scene today where a Corpus Christi police officer had fallen through the roof of a building in the 1300 block of Agnes Street.

According to Senior Officer Travis Pace, officers pulled over a vehicle around 11 a.m. in the 1300 block of Laredo Street. During the investigation it was discovered two of the occupants had warrants for their arrest.

When an officer went to arrest one of the individuals a struggle ensued. The individual struck the officer and fled on foot to an abandoned structure at 10th and Agnes streets.

Police where able to isolate the individual in the building and take him into custody with the use of a pepperball gun.

During the search for the individual an officer stepped off a ladder and fell through the roof about 10 feet to the ground, Pace said.

The officer was conscious and taken to the hospital, according to Pace. The officer’s condition is not know at this time.