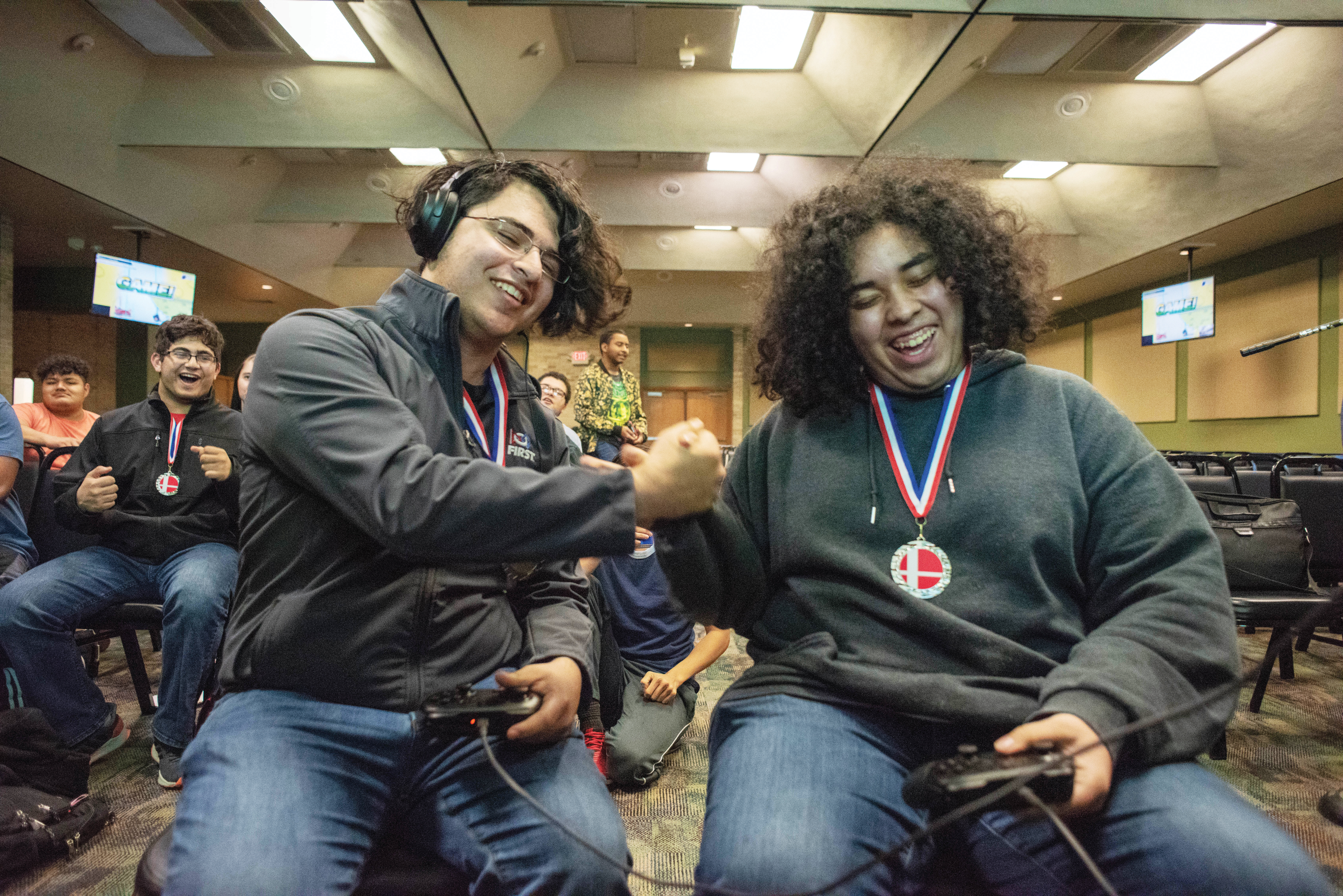 Long after the crowd had left, and after the trophies were presented, with the thrill and excitement of the tournament fading away, two competitors sat beside each other in an empty room. Two trophies stood beside them as they sat in front of a small TV screen eagerly sharing stories and trading tips and tricks for future use.

The two competitors were Aaron Casas and Jayden Brooks, who finished first and second, respectively, in the National Esports Association’s “Collegiate Smash Series,” which was held at Del Mar College on Feb. 5 in the Retama Room on East Campus.

“I like the atmosphere the most, seeing the different kinds of people, the different play styles, seeing many people get together and have fun with a single game. It’s really fun to see how many people can come to gather to have some fun,” Brooks said.

3 thoughts on “Esports makes it way to Del Mar”