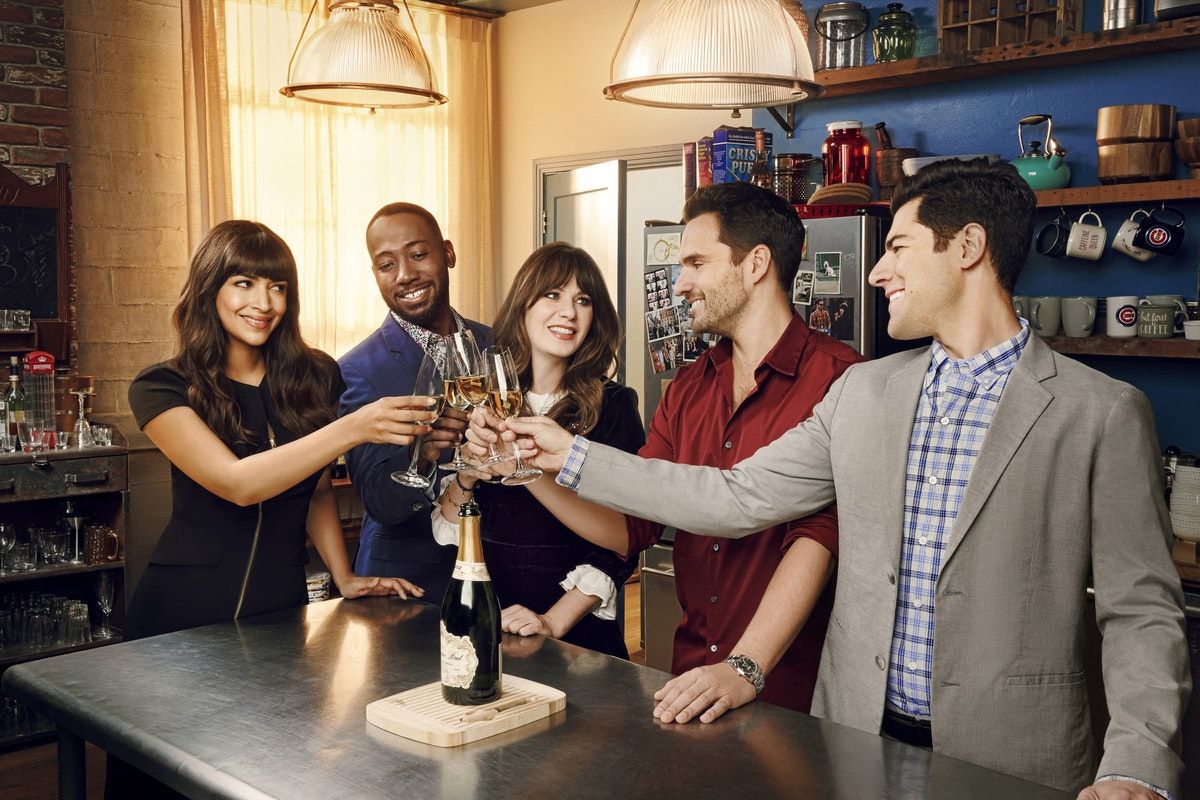 The latest poll to decide what show I should do next won by just one vote: “New Girl.”

Jess (Deschanel) is unfortunately cheated on and has to find a new place to live. In comes a Craigslist ad from three male friends looking for a fourth roommate.

The introduction of the “Douchebag Jar” sounds like a great idea a lot of people need: to put a dollar in whenever someone makes a douchey comment. Also, if whoever I lived with planned on watching “Dirty Dancing” for six to seven times a day after a breakup, I’d move out.

From the small interactions Jess and Nick (Johnson) have together, it really seems like they will end up together in the end. They possibly will have a rocky relationship with highs and lows but will always wind up being a couple. Also, is his name really “Coach” (Wayans Jr.) or is that just a nickname?

I’m in love with the way Jess approaches to hit on guys. But good job that she was able to meet a rebound with a somewhat attractive guy.

Jess’s best friend, Cece (Simone), says this great line to lift Jess’s spirit that stuck with me: “You got hurt. That doesn’t mean you stop trying.” We all need a friend like Cece.

I can’t believe that guy stood Jess up, but the way her new roommates/friends came to save her from more heartbreak is amazing.

I understand people age in seven years, but everyone looks so old. And I was right about Jess and Nick, they’re married!

Schmidt (Greenfield) and Cece are married as well and have a child. While watching the finale, I did not realize Winston (Morris) is a new character; I assumed they recast Coach and gave him a name. Regardless, he’s with someone and they have a newborn.

The whole episode seems to be wrapped around Jess and Nick finally leaving the apartment where it all started because of an apparent eviction. Jess is holding everyone hostage though because she feels they all need to have a proper farewell to the humble abode.

I’ve also noticed Schmidt’s personality has changed from a douchebag to a bumbling oaf. It makes sense he used to be overweight in college, since in the first episode he was always working out.

Now they’re playing a cleaning (?) game dealing with American history? I have no idea what’s going on. They’re hopping on boxes, pillows and furniture while yelling out “F.D.R.” and “J.F.K.”

At the end of the episode, it’s revealed Winston was pranking Jess and Nick the entire time. The eviction notice was a joke to get them to finally move out.

OK, do guys, straight guys at least, who live together just chill around each other in their underwear? And do men really not know how to talk to women?

I enjoyed the first episode, but the finale seemed a bit rushed. I understand the show is only 30 minutes long, but if “Parks and Recreation” can wrap everything up smoothly, they should be able to as well.