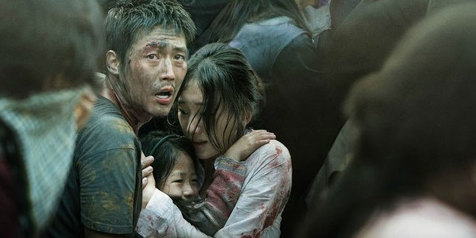 The 2013 thriller “Flu” is a foreign film based on the H5N1 bird flu and its fictional impact on a South Korean city. The fear and chaos is extremely dramatic, yet similar play on what the COVID-19 impact could have on our world.

The movie involves a resident doctor, her young daughter and an emergency technician facing a deadly airborne virus that affects an entire Korean city. A group of smuggled Southeast Asians are transported to the country, unaware that they carry the mutated strain of avian flu that will kill people only 36 hours after contraction.

The majority of the movie is filled with lots of gore and blood, as well as intense scenes that show the true fear unfolding as the strain terrorizes the city. The movie dramatizes the effects on humans during a pandemic, but isn’t all wrong when it comes to fact.

A climax in the movie comes as doctors begin to discover that the possibility of antibodies from a recovered avian flu patient may be the key to saving humanity. However, the government does not agree on how to go about figuring out the best way to handle the fear-filled communities and the growing cases/deaths.

Ultimately, “Flu” has lots of plot turns and interesting components that relate to much of the world today. Keep your eye out for all the information that is similar to what we are hearing as our current pandemic spreads.

Like most movies, the ending is predictable, but it holds a potential to be a good thriller for those looking to be spooked during the real-life lockdowns.

For those who haven’t watched the movie, go ahead and add this one to your list of quarantine flicks.