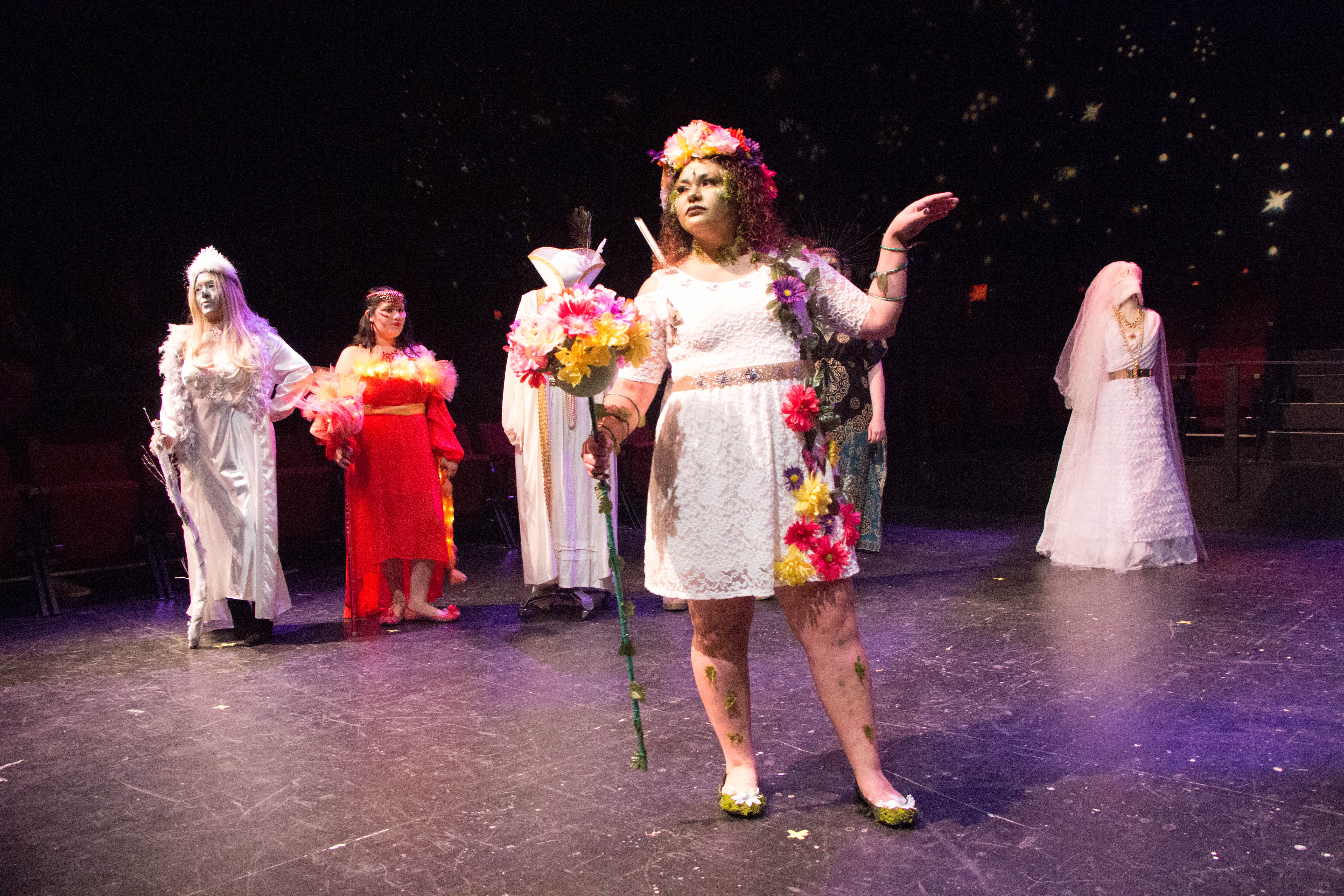 The Del Mar College Drama Program is moving ahead with a fall show despite the inability to use performance facilities because of quarantine procedures.

The show, “Black Comedy,” will debut Nov. 20 in front of a computer screen audience. According to drama professor Kim Frederick, rights have been approved for the farce to be broadcast over the internet. The show will be performed by some students while other students will be involved with the design portion along with faculty.

“Students will be rehearsing and designing the show completely over Zoom rather than the usual face-to-face activities that they would participate in throughout the semester,” Frederick said.

“We are working on a production concept, and we’re calling it a virtual performance and design project,” he said.

Plans call for the show to be recorded, Frederick said. The idea is that the show’s livestream will be recorded as well as the design students’ thoughts, and after both of those playbacks, the audience will then be allowed to participate in a Q&A. The show will be free to view and a postcard will be sent out with a code to those who are interested in watching the performance.

Frederick said some students will not be wearing costumes or makeup.

“We may put a prop in someone’s hand,” Frederick said. ”Students will, of course, be facing the screen but are going to have to find ways to perform with each other on side-by-side screens.

Students will be working closely with professors that specialize in makeup, tech and stagecraft to create their own concepts.”

Education is still an important part of the production.

“We want to make sure that students are still learning the process but we’re not able to, because of COVID, do any of the face-to-face instruction that we usually do,” Frederick said.

Frederick has taught at Del Mar for about 30 years and feels that the adjustments are interesting.

“The concepts are the same; we want a polished performance in the end. How we get there is much different,” he said.

The audition process was a completely new area for both students and director.

“The audition process was interesting and really different than anything I had ever experienced,” said Donald Trevino, a drama student.

According to Trevino there were different days of auditioning and there were multiple students who read different scenes and jumped around different actors.

Costume designer Jessica Heath, a drama student who has been part of the program for about two years and has mainly worked in the makeup/costuming department alongside Shara Haghjoo, will be sketching out character designs for the show from home as well as creating costumes with materials available to her at home.

“Unlike film, theater is presented live, so I have to try and cross to the other side and make sure my designs read well online via camera,” Heath said.

Trevino wants to keep the spirit alive in theater and get through the semester.