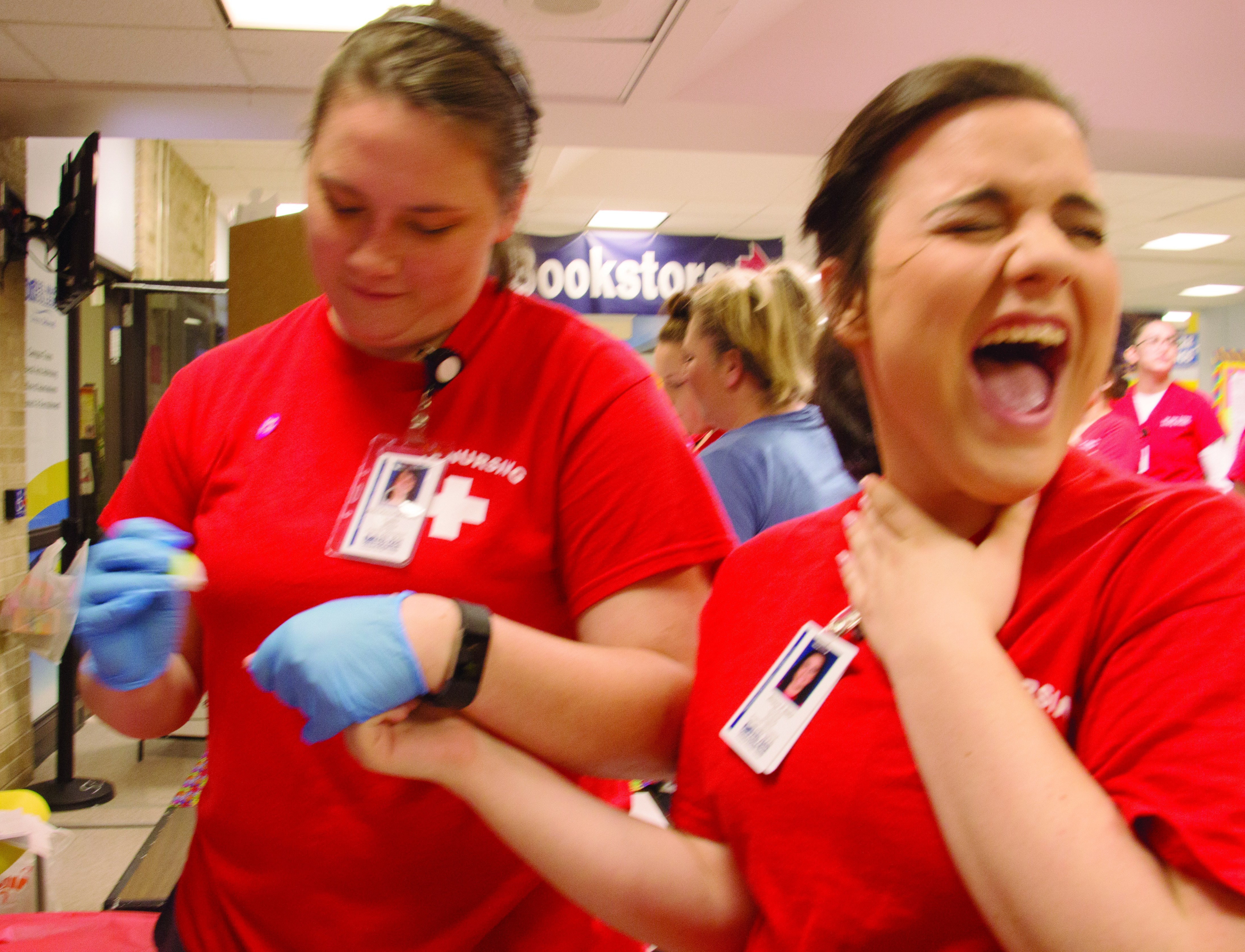 Application period to open in February

Nursing students soon will be able to complete their training at Del Mar and earn a Bachelor of Science in Nursing.

Being able to offer the degree was a longtime goal for the college, according to President Mark Escamilla.

“Preparation began years and years ago when current faculty began attaining higher levels of educational experience,” Escamilla said. “There was a cohort of five or six that went off and earned their doctorates in hopes of one day being able to teach this.”

Del Mar had to verify the need for proposing a BSN program track, according to Jennifer McWha, program director of nurse education.

“We generated surveys to chief nursing officers from our health care partners and gave a survey to the current ADN students,” McWha said. “Both surveys indicated a positive need for the RN to BSN program track.”

The program initially will accept about 30 students with plans for that number to increase each year for the first five years.

The BSN program will primarily be online, McWha said.

“We are hopeful that COVID will be under control by fall 2021 and not have any great impact on the completion of the RN to BSN coursework,” McWha said. “The online approach is more feasible given this worldwide pandemic.”

Because the program is online, no new buildings will be needed to accommodate the program in the first year. However, McWha sees a need for more space in the future.

“Our most recent AND track had the largest applicant pool to date with 210 applicants,” McWha said. “So, from the perspective of the increasing number of ADN applicants who will eventually enter the RN to BSN track, I see a need for more classroom and lab space in the very near future.”

Del Mar’s administration has planned and budgeted for a total of four new faculty over the first five years of the program, along with an administrative assistant for the program track.

The college’s nursing students have also consistently scored higher than the national average and exceed the Texas pass rates on the National Council Licensure Examination. In 2016, Del Mar’s pass rate was 87.6 percent and each year it has gone up. In 2019, the pass rate was at 93 percent.

“This is attributed to a cohesive and diversified faculty in helping to prepare the students. We have a nursing success center, we have a multitude of resources,” said Jonda Halcomb, dean of Arts & Sciences. “They transitioned also to concept-based curriculum and robust clinical simulations.”

Vangie Deleon, chairperson of the Nursing Program, said she is eager to get the BSN program going.

“Having a bachelor’s degree program for our students to follow through has been a vision of ours for years,” Deleon said.

A candidacy application for the program to be considered for initial accreditation has been submitted to the Accreditation Commission for Education in Nursing.