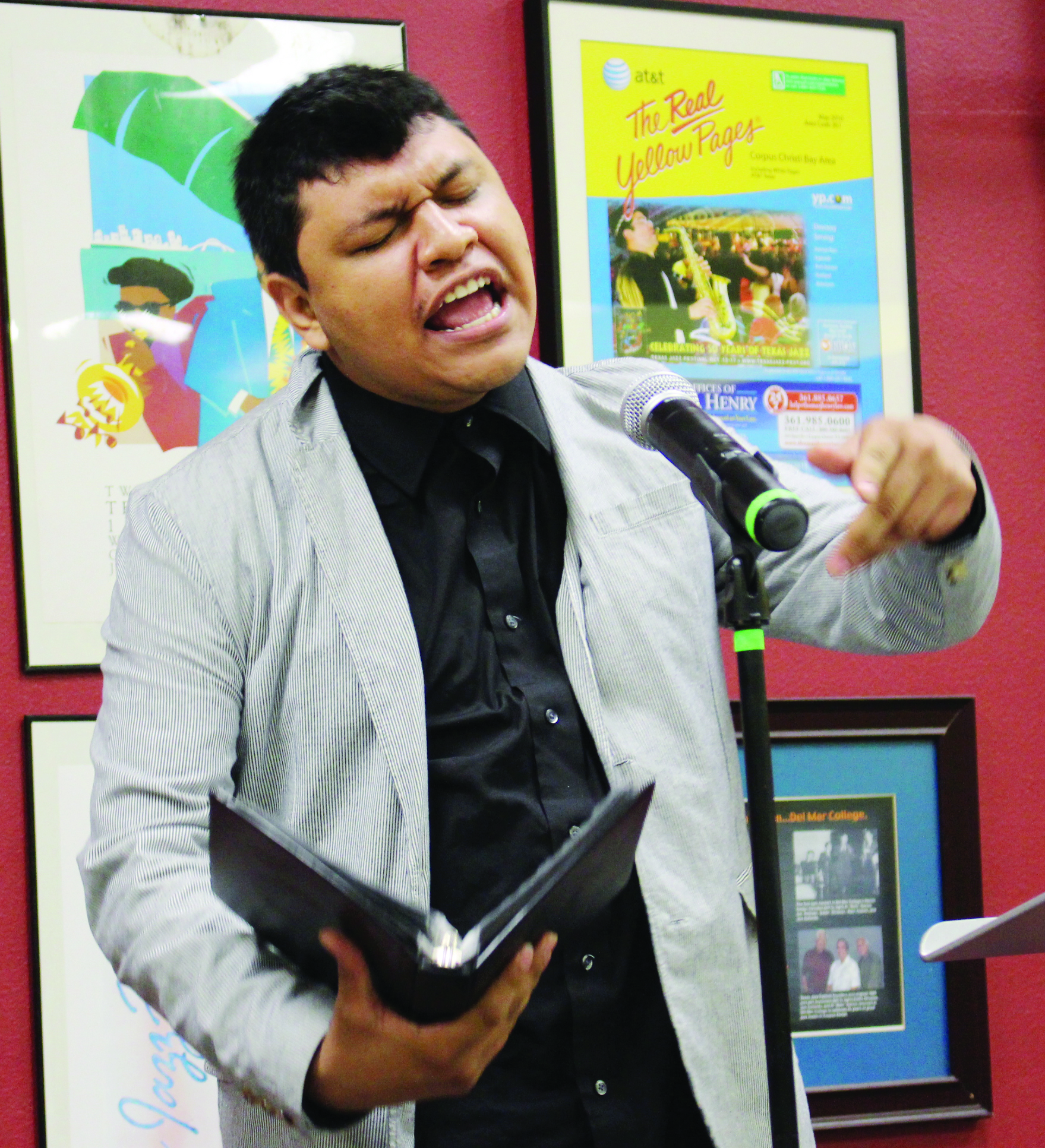 We hear about crime every day on the news. What we often don’t hear about, though, is the lasting impact crime has on the victims, whose stories can be too powerful to ignore.

“It’s so easy for anyone to get behind the wheel while drunk. If they were to spend the day with me at my home, they would know the consequences of drunk driving. No one would do it,” Amy Ayala said during a homicide victims remembrance service April 10 at First Christian Church. The event was part of a weeklong series put together by Del Mar College to mark National Crime Victims’ Rights week.

Ayala’s daughter Brittney Tristan, 22, was killed by a drunken driver in March 2010. Jaren Molina, who was 1 at the time of his mother’s death, was sharing memories with his grandmother at the service.

“I keep her memory alive with stories and reminding him of the similarities he has with his mother, so he can feel like he knows her,” Ayala said.

DMC also showcased the “Express the Pain” exhibit where students who were victims of a crime were able to express their feelings through art, which promotes a therapeutic source of healing though artistic expression.

In addition, the college also held a ceremony April 10 where 358 pinwheels were placed at the corner of Baldwin and Ayers. Each pinwheel represented a victim of sexual violence and human trafficking from the Corpus Christi area. Survivors of crime were on hand to share their stories with the community.

A Community Resource Fair was held April 12 in the Harvin Center, showcasing over a dozen resources for crime victims. Groups there ranged from those dealing with domestic violence to animal care services.

If you’ve been a victim of crime, you don’t have to suffer in silence.