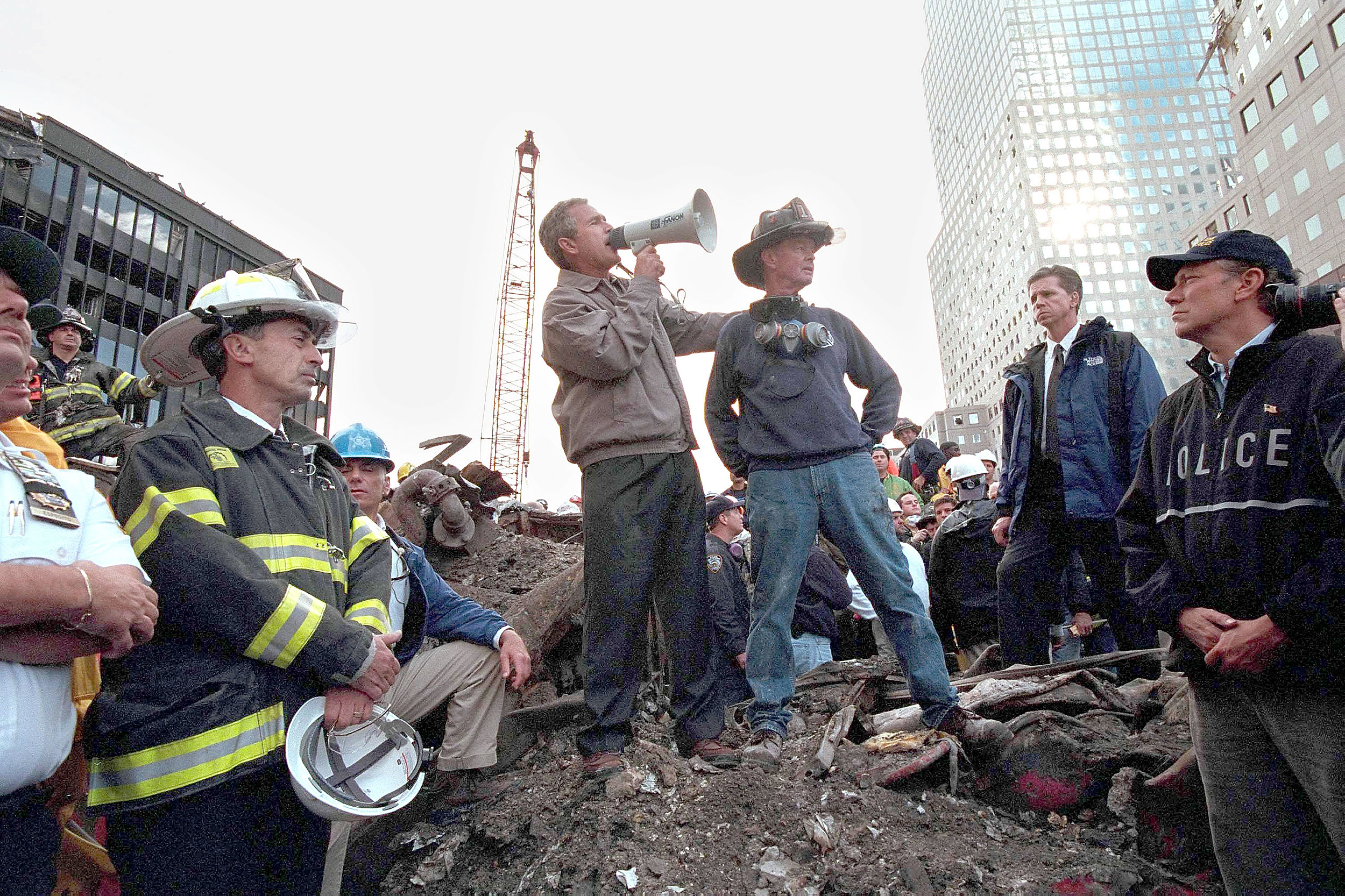 Unity in days after 9/11 attacks was short-lived

Many may be too young to remember the events of Sept. 11, 2001. But for those who are old enough, the details are ingrained in our minds for the rest of our lives.

We remember the fear we felt for our families and our country. We remember exactly where we were as we watched in horror as the footage of the second Boeing 767 crashing into the South Tower of the World Trade Center played over and over and over again.

We remember the immediate change of emotions from sadness to fear to anger as we continued to follow the events that continued to unfold throughout the day — from the attacks in New York to the attack at the Pentagon to the news over a fourth jet crashing in an open field in Pennsylvania.

We were united as our country mourned the loss of 2,977 people including 403 first responders from the NYPD, NYFD and the Port Authority who made the ultimate sacrifice to help save fellow Americans.

We were united as we held vigils while family members waited for days and weeks to hear news of missing loved ones while lawmakers from both parties sang “God Bless America.”

We learned the details of the heroic effort of the flight crew and passengers of United Airlines Flight 93 by fighting the hijackers and taking over the plane just moments after a passenger made a final phone call to his wife to tell her he would not be coming home. Seconds later, another passenger could be heard saying, “Are you ready? Let’s roll.”

We were united as we learned that the terrorist organization al-Qaida, led by Osama bin Laden, took credit for the attacks on our soil.

In the days after, liberals and conservatives flew flags outside their homes and on their vehicles. We were a country united; united by fear because this was something we never thought could happen.

We cheered as Bush said, “We will make no distinction between the terrorists who committed these acts and those who harbor them.”

The unity we felt at that moment was brief and started to fade not long after, seemingly never to return. The unity was not the same as we celebrated the news on May 2, 2011, that bin Laden had been found and killed and the unity is definitely not there as 20 years later, President Joe Biden completes troop withdrawal from Afghanistan just 10 years after then President Barack Obama announced a large-scale troop withdrawal and after a negotiated deadline for complete withdrawal between former President Donald Trump and the Taliban.

One has to wonder when the divide happened and what caused it. Many will argue that the media played a large part due to media bias. This could be true. Gone is the time when cable news networks reported news constantly as it happened without opinionated commentary. Now all the news networks are dominated by commentary with a sprinkle of unbiased news throughout the day.

In retaliation, we have leaders who cry “Fake News” every time their name is mentioned in a negative light, fueling the disdain of the general public toward news media in general — the extreme result allowing anyone to create a half-assed attempt of a Facebook news outlet and get thousands of followers even if he is a disgraced aspiring community advocate with a criminal record and a history of violating cake at City Hall.

Social media continues to add to the divide as we argue over everything from how to survive a pandemic to whether systematic racism actually exists. We are divided over issues of police brutality and gun rights and voting rights and women’s rights and the list goes on but we’re not just divided, we are rabidly divided.

We are so divided by our loyalty to a two-party system and those that lead the parties that we forgot how to be united. We either see red or we see blue and the small minority who do not subscribe to those two sides are silenced. We need to rethink our loyalties to red or blue and unite to become loyal to Red, White and Blue. After all, isn’t our mantra “United We Stand, Divide We Fall” or did we forget all that? It seems to we are falling in unity because we continue to divide.

About the writer: Philip J. Perez is editor in chief of the Foghorn News.