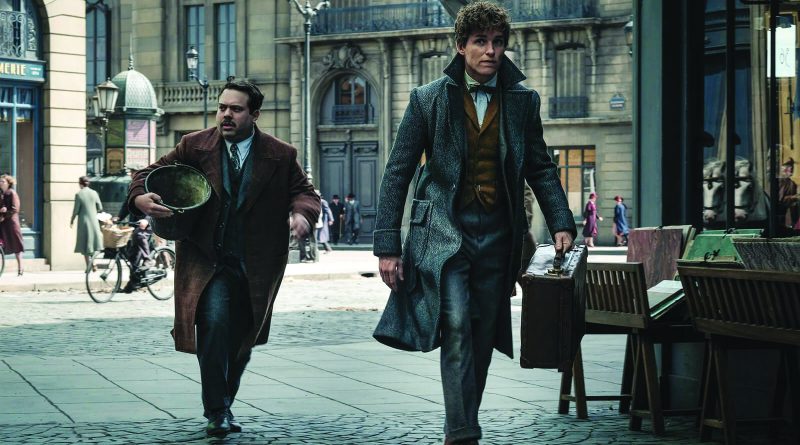 “Fantastic Beasts: The Crimes of Grindelwald” is an enjoyable film to watch but waiting to see it until it comes out on a streaming site is fine as well.

First of all, with a mass number of fans adamant about not casting Johnny Depp in the movie because of his domestic abuse allegations, J. K. Rowling should have recasted instead of defending him.

The sequel has returning actors Eddie Redmayne, Katherine Waterston, Dan Fogler, Alison Sudol, Ezra Miller and (the unfortunate) Depp. The audience is introduced to new characters including Zoë Kravitz as Leta Lestrange, a Slytherin who Newt Scamander used to be infatuated with that works for the Ministry of Magic now. There is also Callum Turner as Theseus Scamander, Newt’s older brother who works for the Ministry as well and is engaged to Lestrange.

While the movie is not necessarily based off the book “Fantastic Beasts and Where to Find Them,” Rowling is able to branch off and explore different routes the story could take.

The film begins with Grindelwald escaping during his transport to London. For the next two hours, Rowling tries to capture the audience’s attention with her writing by adding Easter eggs here and there. Kravitz is the standout actor in the movie. Besides being beautiful, her character has a dark secret that gets revealed in the ending that sends shivers up your spine.

The best part of the film is the ending when it is revealed whom Miller’s character, Credence, really is. All in all, the magic isn’t fully there, but it is visually stunning and full of twists.