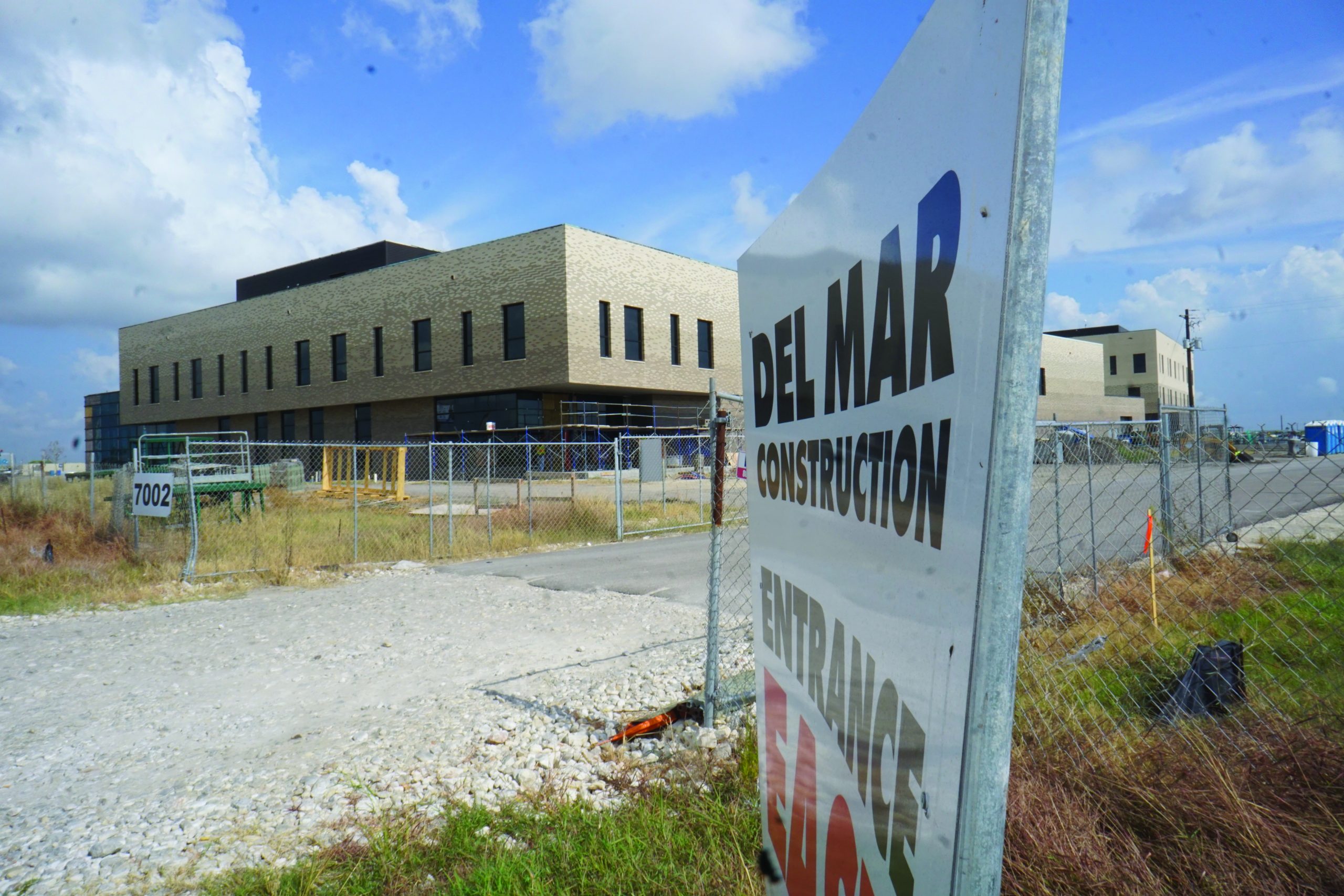 After less than a decade, Del Mar College has a new look, as well as new names for its campuses.

Part of the rebranding includes an updated logo and tagline. The new logo has a wave underneath the DMC brand. The second part of the process was the renaming of the campuses to Heritage, Windward and Oso Creek, formerly East, West and South campuses, respectively.

Lorette Williams, executive director for Marketing and Communications for Del Mar, made the final presentation of the DMC Rebranding Initiative project to the college’s Board of Regents during its Aug. 21 meeting.

The presentation was part of a 10-month-long project that included participation from DMC faculty and staff, students, community stakeholder groups and residents.

Williams, who has been with DMC for two years, was given the task of rebranding by college President Mark Escamilla.

According to Escamilla, the previous rebranding efforts happened in 2012 when the “Dreams Delivered” tagline was added to the DMC logo.

“We want everyone to equate education with Del Mar College,” Escamilla said. “Our logo, colors and campus names have changed but our mission remains the same.”

Williams said that with a new campus opening soon, the time was right for a rebanding.

“Del Mar is now building a new campus, which is Oso Creek on the south side and so as we started to have those discussions to decide what to call it,” Williams said of why the college decided to rebrand. “We have to get to a point where we’re ready to open that new campus and we have branding that is cohesive for the entire college,”

Not included in the name change are the Center for Economic Development and the Northwest Center in Calallen.

The rebranding process included several focus groups and surveys that were done for students virtually in March 2020 due to the college being closed because of the COVID-19 pandemic.

According to Escamilla, the pandemic set the rebranding efforts, as well as other projects, back several months but once the College Relations team started the process, it proceeded exceptionally well.

“Focus groups, including students, DMC employees and community members were instrumental in providing feedback on the rebranding elements,” Escamilla said. “It was very much a collective effort.

According to Williams, emails with a link to participate in the focus groups were sent to all students with a DMC account. All faculty and staff were also invited to participate.

“We did the focus groups, went through that process and in the end, we sent a follow-up survey for those who wanted to add additional information,” Williams said. “It isn’t a typical focus group where you have big whiteboards and sticky notes. It’s difficult to replicate in a virtual setting.”

Out of 463 votes, 79% voted in favor of the new names for the campuses while 21% preferred the names Bahia, Lantana and Laguna and The new logo was chosen by 89% of those surveyed. There will also be an updated color palette for each campus.

“I think the process itself was really inclusive,” Williams said. “There was lots of opportunities, not only for internal audiences to attend these different focus groups but external as well.

“We had legislators, public officials, the chamber, industry, our business community, we even had a general public forum where we put ads in the paper,” Williams said.

Anderson Marketing Group was hired to design several pieces such as the creative color schemes and design work for the new logo. The cost for the rebranding so far is $25,000, which came from the Office of College Relations budget. All future costs will be absorbed in current budgets throughout years, according to Williams.

Williams said rebranding is expected to take three years and will be done in tiers.

“Tier one is high priority public facing items like the Board of Regents seal and low-cost updates such as digital such as the website,” Williams said.

Tier two will include replacing departmental needs with logos and will be funded by department budgets. Tier three will include items such as letterhead and business cards that can be replaced as needed.

Nursing student Jennifer Bernardini, who is not a Corpus Christi native, has concerns about getting used to the name changes.

“It took me a while to figure out which was West and which was East, so if someone says, ‘You need to go to Heritage,’ I’d have to think long and hard about which it is,” Bernardini said. “I can imagine it may be the same thing for people who have lived here all their life.

Bernardini, who does like the new logo, believes the name change adjustment may be easier for newer students.

Escamilla said the rebranding is reflective of an exciting new era at the college.

“Our new colors are vibrant, our logo is sleek and modern and our new campus names give character to their respective locations,” Escamilla said.