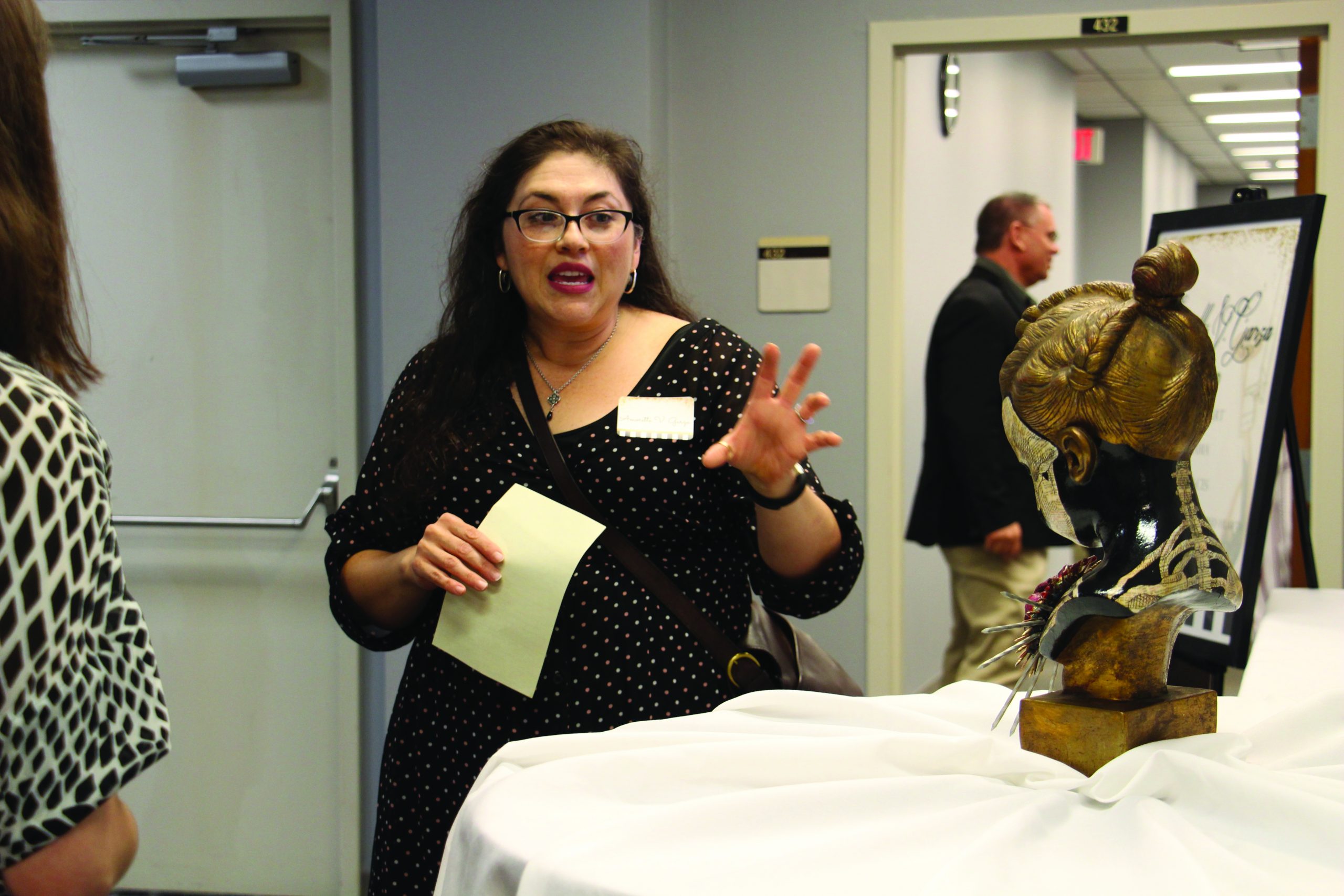 The display will include several pieces from Alegría’s “HEAVEN: The War of the Angels” collection, which consists of graphite on paper pieces depicting sci-fi inspired landscapes and alien ecology with almost photographic detail and grain.

Sculptures from Garza-Morales’ “Tchotchke” series will also be on display. Named after a Yiddish word meaning “trinkets,” these found object pieces are inspired by religious imagery and contain skeletal designs reminiscent of Día de los Muertos, granting new life to figurines and statuettes that were once lost and forgotten.

“Be true to who you are, the best ideas come from what you know. Show what those thing are in your work,” Garza-Morales said to young artists. “Go with it.”

The display will also include some of Saenz’s serigraph and lithograph prints, displaying multiple aspects of Mexican-American culture and issues, and Jones’ felt collages that depict rough-around-the-edges individuals inspired by trauma, outcasts and a touch of the absurd.

The display will be viewable on the DMC Libraries web site from Sept. 15 through Oct. 15.