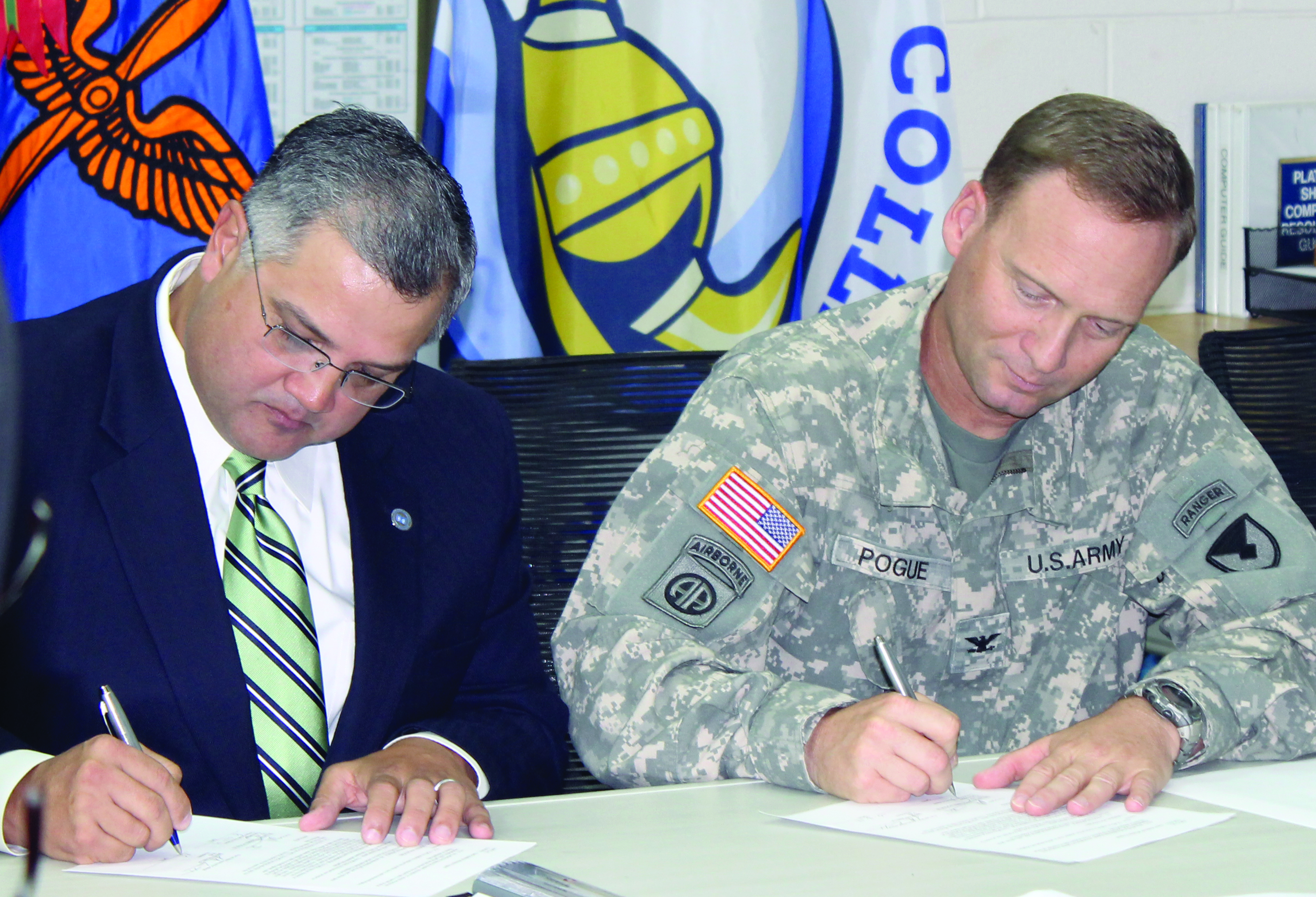 Internship for
electroplating
offered to students

Del Mar College and the Corpus Christi Army Depot have teamed up on a new program to provide training to students in electroplating.

With the new Pathway Internship, students are able to have the daily hands-on training that is required for coating metal to meet military aircraft needs.

According to an article from Del Mar College, this internship provides students the opportunity to learn about metallurgy, general chemistry, chemical calculations, solid state devices, corrosion and safety, and how it all applies in combat. Not only will they pick up the knowledge from the classes, but have the hands-on training to develop the skills needed to become an electroplater for CCAD. The whole program is done in one building, making it convenient for a student’s day-to-day lifestyle.

During an Oct. 8 news conference, Col. Garner Pogue, the commander of CCAD, explained the importance of this department and how it is a vital resource to our Army both stateside and in battle.

“We build helicopters from scratch. We repair crash-damaged aircraft,” Pogue said. “From this little corner in South Texas we project power.”

According to Pogue the program manufactures things that are used by our soldiers, sailors, airman and Marines in the field, in training in peace time and in war.

CCAD originally had 250 potential applicants but chose just nine students to participate in the Pathway Internship.

Tracy Enriquez, one of the interns, was the only woman to be selected into the program.

Enriquez said being a mother of three and not having to drive to school then to later on drive in the other direction to work makes it easier to focus on both the internship and her family.

“It makes me proud to know that I worked on that piece of equipment and that it will be used in combat” Enriquez said. “It is nonstop, we are constantly learning new things. It is an honor to have been chosen.”

DMC President Mark Escamilla said Del Mar has a long-standing relationship with CCAD and will continue to support our military.

“What Col. Pogue was talking about regarding Del Mar College participation in supporting CCAD is powerful,” Escamilla said. “To hear it directly from our very own colonel, to say that DMC is tied into this country’s strategic defense initiative is an honor.”

This one-year program is set at 40 hours a week with 32 hours of hands-on training and eight hours of class discussion.

This paid internship comes with a job opportunity right after completing the program, and most students decide to continue and advance as much as they can.