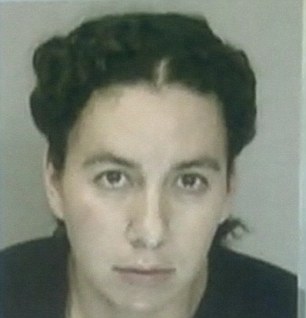 Hannah Overton was convicted of capital murder in 2007 and sentenced to life in prison after her foster son Andrew Burd died of sodium poisoning.

After many attempts, Overton was granted an appeal on Sept. 17. The Court of Criminal Appeals overturned Overton’s conviction, citing ineffective representation from her trial lawyers.

Overton has maintained that she did not kill Andrew, who was 4 years old when he died in 2006. Now, she may finally get a second chance at freedom. District Attorney Mark Skurka has said he has not made a decision on whether to retry the case.

“This puts the case back at the starting point again,” Skurka told the Caller-Times soon after learning of the court’s decision to grant Overton’s appeal. “All options are open.”

Overton’s family and friends are overjoyed at the ruling.

“Things are still surreal,” Nate Saenz, Overton’s brother, told the Caller-Times. “Been waiting and praying for this for seven years.”

For those unfamiliar with Overton’s case, Hannah and her husband, Larry, became foster parents to Andrew in spring 2006. At the time, the couple had four children and one on the way.

Unbeknownst to the Overtons, Andrew had an undiagnosed eating disorder called pica, which caused him to eat excessively and crave salty foods. Andrew was not a typically developing child.

According to Overton and her supporters, he’d eat a jar of pickles or a dozen eggs; his pre-school teacher said he even ate things out of the trash.

Then, the unthinkable happened. On Oct. 2, 2006, Andrew became very ill. He began vomiting and struggled to breathe. Overton’s instincts kicked in and she took care of Andrew as she would any child.

When his condition began to deteriorate, Overton and her husband rushed the boy to a nearby urgent care clinic. He was unstable, so paramedics rushed him to Driscoll Children’s Hospital.

The family was immediately under investigation, with officials claiming that the child had been abused and neglected.

After a three-week trial, Overton was sentenced. Her husband, Larry, who also faced capital murder charges, pleaded no contest in 2008 to a lesser charge of criminally negligent homicide and was sentenced to five years of deferred adjudication probation and a $5,000 fine. He completed his probation last year.

Now, after living in confinement 300 miles away from her life in Corpus Christi, Overton has the opportunity to change her fate.

With evidence that was withheld in the 2006 trial brought to the surface, there is a good chance that Overton will be able to hug her husband and children very soon. She soon may receive a bail amount, which would allow her to be released while the District Attorney’s Office decides its next move.

“It’s starting to sink in,” Larry Overton told ABC News after she was awarded the appeal. “We are very excited, but just waiting to see what happens.”

Their five children are thrilled and can’t wait for their mother to come home, he said.

Does Overton deserve to be released back to her family, her home, her life? Yes, she does. The jury that convicted her did so after finding she was guilty by omission because she failed to seek timely medical care for the boy. Seven years in prison, plus a lifetime of heartbreak, is punishment enough.