While Kim Kardashian’s ass is the first thing on people’s newsfeeds as of late, it’s the last thing people want to talk about. We’ve become quite accustomed with Mrs. Kardashian-West’s posterior over the years and it’s clear that it won’t be going away anytime soon.

With Paper magazine’s “Break the Internet” promise before unveiling the spread, a disgusting sense of foreshadowing swept the nation. While giddy teenagers secretly googled the image under their desks, suburban housewives pretended to roll their eyes as they stared at the seemingly flawless curves Kardashian-West possesses.

In an editorial written in August of this year, Suchi Sundaram manages to dissect the enigma that is Kim Kardashian-West. From sex scandals to scantily clad photo shoots it’s hard to really pinpoint why she fascinates our society and what influence she has on us.

As we laugh and tease Kardashian-West for her noticeable stupidity and ignorance to issues that we feel as a nation really matter, Sundaram poses the questions, “How can a woman that uses her ‘stupidity’ and a negatively perceived show earn one of the highest salaries of the year?

How can our culture and media be addicted to following her every move, laughing at her trivial concerns?” Sundaram’s answer ultimately comes down to comparing Kardashian-West as the Helen of Troy of our day and age. So why are we so fascinated with Kim Kardashian-West? And is the fascination completely unjustified?

As we drool at her seemingly painted-on dresses and images that leave literally nothing to the imagination it’s clear that she holds some power over us. Sundaram’s editorial likens Kardashian-West as a pseudo-feminist because of the way she’s been able to take over the spotlight and remain in it. While carefully marketing herself, Sundaram believes that Kardashian-West had done nothing more than take advantage of her sexuality while exemplifying a mode of feminism that is “defined by physical and intellectual presence.”

Sorry to burst your feminist bubble Sundaram, but there’s nothing intellectual about posing nude frame after frame. Many say Kardashian-West is nothing more than a product, using her curves (and Photoshop) to market herself and bring the family name more money. The question Sundaram poses is, “Why not?”

Women in the spotlight have consistently been criticized of their choice in fashion and their ability to present themselves “properly.” Who set the standard for “proper” presentation as far as a women goes is beyond us but we think we know who’s behind it … men.

Australian newscaster Karl Stefanovic recently notified the media that he wore the same suit day in and day out for a year to make a point. Viewers and colleagues (save for two) were unaware of his repetitive ensemble. Stefanovic was hoping to illustrate the double standard that is present within his female colleagues and their fashion choices.

“I’m judged on my interviews, my appalling sense of humor — on how I do my job, basically,” Stefanovic told Fairfax. “…Women are quite often judged on what they’re wearing or how their hair is.”

Jump back several years to the 2008 presidential campaign when all glass ceilings were being penetrated before our very eyes. Democratic presidential hopeful Hillary Rodham Clinton was being compared to Republican vice presidential candidate Sarah Palin.

The problem isn’t women being sexy. It’s using their sex appeal for the wrong reasons. As an editorial board fronted by females, it’s disconcerting to see women using their curves and sex appeal to get ahead.

While a women’s curves are not something that can be hidden at all times, we shouldn’t be relying on them to get us places. 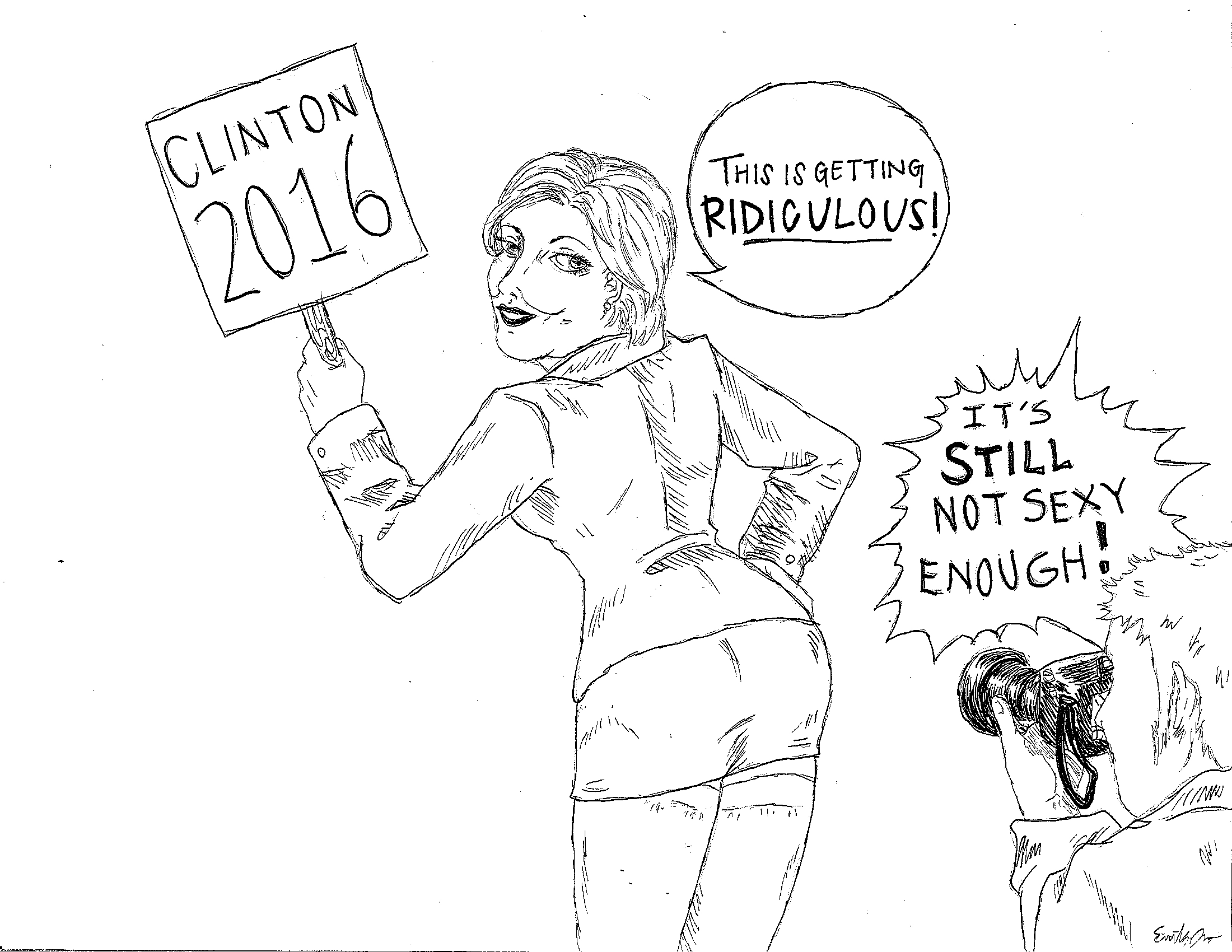