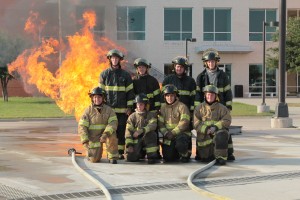 Eight fire cadets completed the final requirements of training to become firefighters in front of their friends and family on July 30 on Del Mar College’s West Campus.

“The cadets have to complete two semesters of the fire academy, one semester in basic EMT and have a clean criminal background,” said Walter Thieme, assistant professor and director of the DMC Regional Fire Academy with the college’s Department of Public Safety Education. “Today the cadets had to put out a car fire, a propane fire and a dumpster fire.”

In this class of cadets there was only one woman to complete the requirements to finish the course. 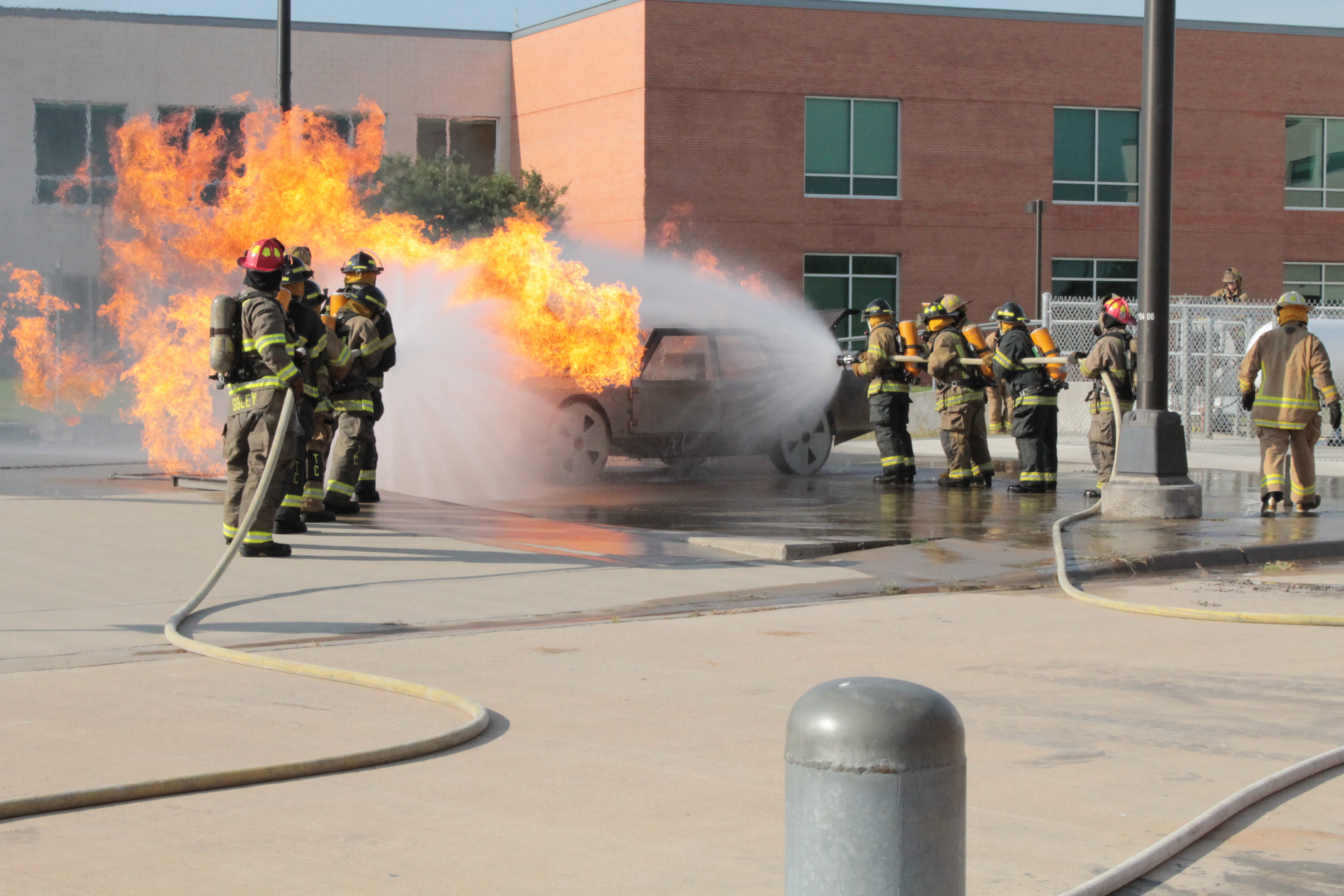 “Sometimes I felt like I was at a disadvantage because of my size and strength compared to all the big men in my group,” cadet Joslyn Maldonado said. “Being small had its advantages though. I was able to fit into smaller spaces than the other cadets.”

An average of two women join the program each semester, Thieme said, but they don’t all usually finish the requirements.

“There is usually a 75 percent completion rate among the entire group of students,” Theime said. “Among that 75 percent, 100 percent of them will receive their certification.”

The cadets faced many tough physical and mental obstacles to complete their training.

“The high-rise search and rescue was the hardest part of training for me,” cadet Zachary T. Cox said. “We had to wear lots of gear, and it was extremely hot inside.”

Maldonado said the hardest part of her training was pulling the hose because it was heavier than expected, but like the other seven cadets in her group she completed the course despite the obstacle.

“I have always wanted to be a firefighter ever since I was a little kid,” Cox said. “It is my calling. I love going to work every day and helping people.” 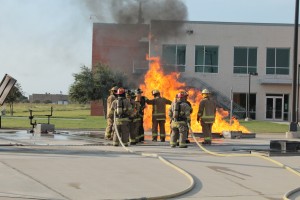