At age 6, Renato Ramirez would wake up at 4 or 5 in the morning to await the blare of a horn coming from the truck in the road. He and his family of farmworkers would jump in for a long day of working in the field.

“In the cotton field there was never any shade, just the sun and the calf-high cotton plants,” Ramirez said. “My siblings, at the time, were too young to work, so my mother would put them under the work trucks because that was the only available shade. At the end of the day I would end up making 25 cents”

When I was younger, I never got the money I earned in the fields. I had to give that to my father so he could buy things the family needed,” Ramirez said. “Instead, he gave me a shoeshine box that I could use to make money.”

Another Del Mar employee, Rosa Linda Reynoso, who works in College Relations, told of her time as a young girl in Brownsville. 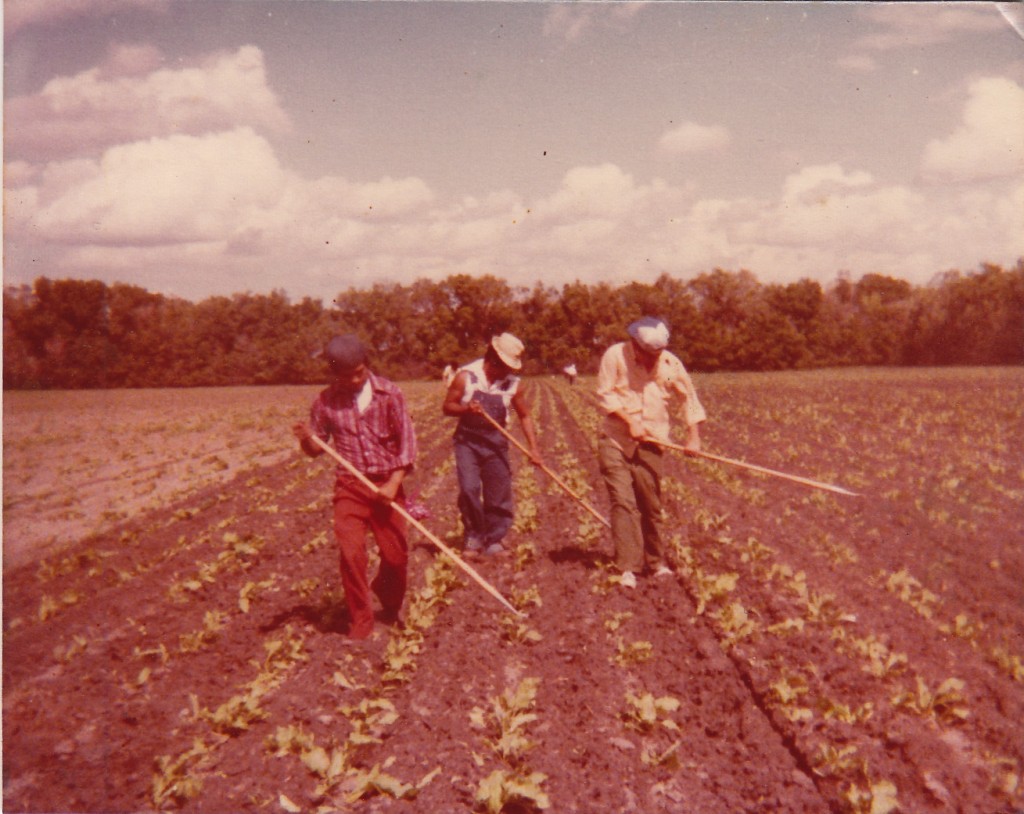 An image contributed by Rosa linda Reynosa shows her family working in the fields in Brownsville, Texas.

“In fifth grade my siblings and I were basically ‘recruited’ by a truck driver to go and pick cotton and okra,” Reynoso said. “After a full day of picking cotton, I ended up making $5 after sharing with my brother. Okra was the worst though. It was a pointy plant, so even if I wore gloves, it would still hurt my hands.”

Reynoso and her family were migrant farmers, so they traveled all over the country picking different crops from May to mid-October. The Reynoso children every year would miss the first month and a half of school to earn money for their family.

“I was never in my school yearbook because my family would travel so much at the beginning of the school year,” Reynoso said. “There was one other Hispanic family that attended our high school, so we were usually the target for people to pick on.”

Reynoso’s father emphasized the importance of an education to his children as they traveled across the country.

“Being in the fields really brought my family closer together,” Reynoso said. “It reinforced the need to earn a high school diploma. There were so many dropouts among the farmworkers and my father didn’t want us to be one of them.”

Hispanic Heritage Month events will continue until the end of October. The next event, a discussion about key illnesses and healing elements in Curanderismo, Mexican folk healing traditions, will be at 9:30 a.m. Sept. 22 in Room 514 of the White Library on the East Campus.

Oct. 1, 11 a.m. — “Among the Valiant: Mexican Americans in WWII and the Korean War.” Interim Chair and Professor of Political Science Renato Ramirez will provide a presentation on “Among the Valiant,” which was published in 1963. Room 514, White Library, East Campus.

Oct. 15, 1 p.m. — “Immigration from Mexico to South Texas in the Early 20th Century.” Associate Professor of History James Klein will discuss why immigration into South Texas from Mexico accelerated in the first three decades if the 20th century. Room 514, White Library, East Campus.

All events are free and open to the public. For more information, call 698-1140