Students in the GIS technology program heard firsthand on Aug. 27 the importance of their work as Devon Humphrey, geospatial intelligence officer, visited Del Mar College to share lessons learned during the search for several Corpus Christi residents after severe flooding in May in Wimberley.

Humphrey, an instructor with the National Spill Control School at Texas A&M University-Corpus Christi, helped to create the search maps used after the disaster.

“The majority of my job is to focus on training people to use GIS maps for the case of an emergency,” Humphrey said. “We try and focus on practicing as much as possible to be better prepared for future disasters that may take place, and plan for anything that may go wrong.”

On Memorial Day weekend, eight Corpus Christi residents were swept away with their Wimberley home on the Blanco River. One was found alive the next day, while five were found dead along the Blanco River during search efforts. Two children remain missing. 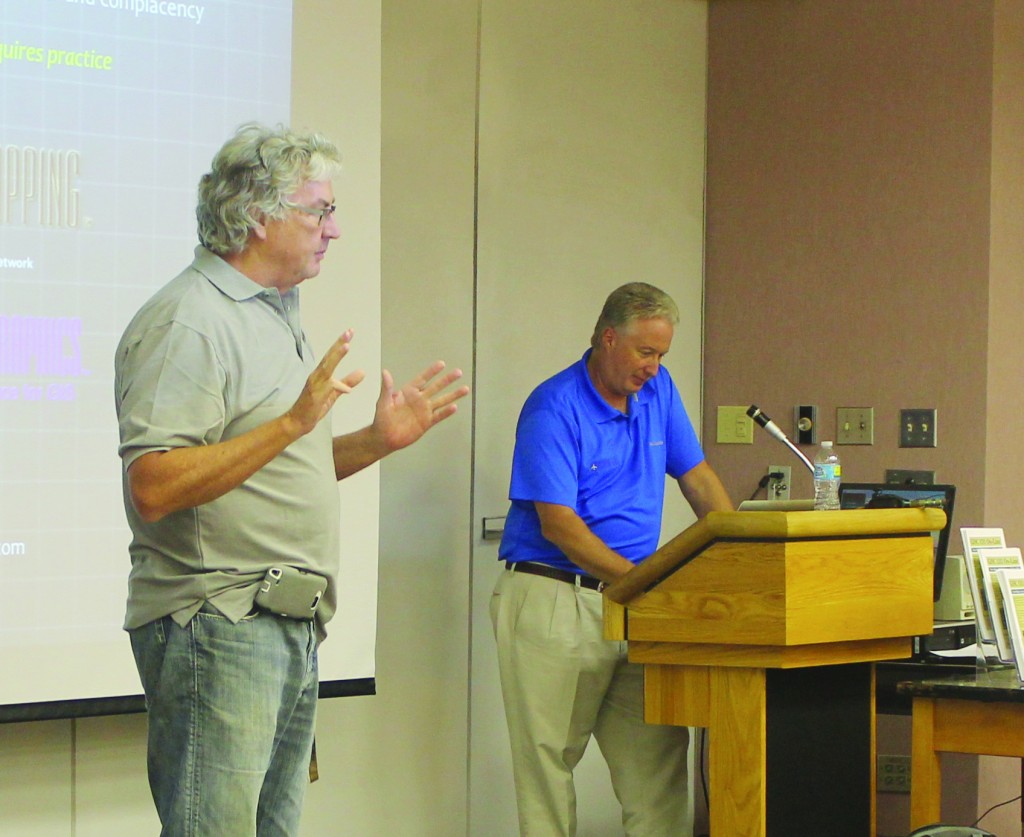 Information Systems is used to create maps, graphs, charts and reports of data, which is a form of spatial reference. GIS technicians focus on drafting spatial data.

While Humphrey’s expertise is crucial after emergencies, the planning that goes on before a disaster is the focus on much of his work.

“A&M-Corpus Christi is brought in by services like the Navy and they ask us to test their program,” Humphrey said. “Our purpose is to try and break their emergency system to see if it can handle any problem that can be thrown at them.”

According to the Federal Emergency Management Agency, NIMS (National Incident Management System) is a comprehensive, national approach to incident management that is applicable at all jurisdictional levels and across functional disciplines. It is intended to be applicable across a full spectrum of potential incidents, hazards and impacts, regardless of size, location or complexity.

President George W. Bush adopted NIMS, which is required by all levels of emergency operators to take the free online training, after the 9/11 terrorist attacks.

GIS technology was used in many disasters such as Hurricanes Katrina Rita and the BP oil disaster, both of which used overlapping maps to better understand the extent of the problem.

“During the Wimberley floods we created the collector app that volunteer search teams used to map out what areas that they thought needed to be searched more extensively,” Humphrey said. “There were different color dots that were used to know what to use when going back to specific areas, such as K-9 units or even drone coverage.”

Drones were a major part of the search efforts in Wimberley. They were used for debris management and search and rescue efforts, Humphrey said.

“The main problem with Wimberley was that they did not utilize their local NIMS or emergency individuals,” Humphrey said. “There was overall poor utilization of available resources. Wimberley was not prepared for a disaster of this size, but there were many lessons learned.”

Humphrey encouraged the individuals in the audience to get involved in local emergency efforts.

“Our drills are hard, we don’t want them to be easy,” Rocha said. “We want to be prepared, and drones are going to be a big part of emergency programs.” 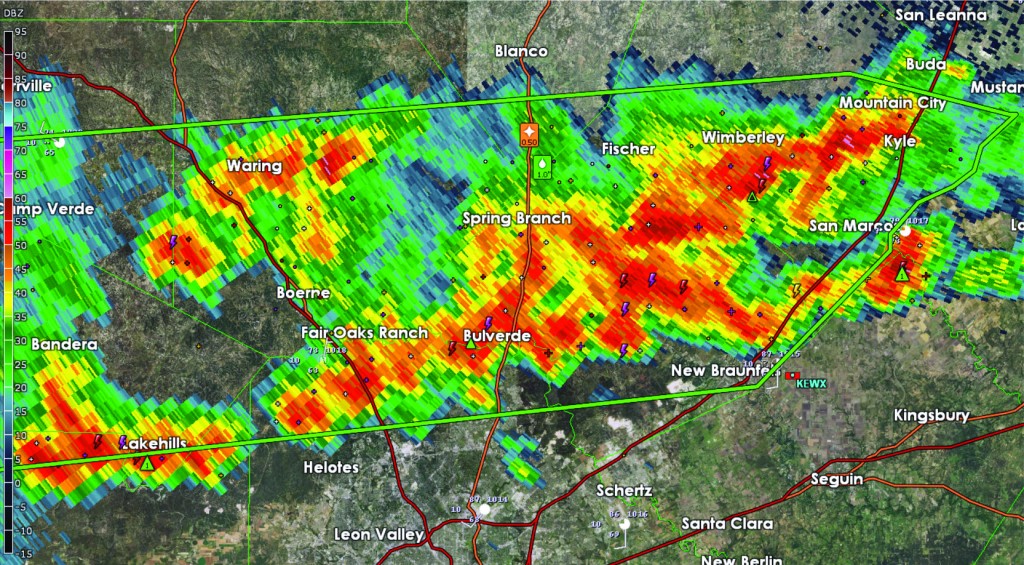 The colors in this GIS map, used after the Wemberley flood, indicate which areas need to be searched.