When I first saw the trailer to “American Ultra,” I was actually really excited to see a movie that starred two of Hollywood’s lackluster stars — Jesse Eisenberg and Kristen Stewart. The two definitely did not disappoint, for they totally lived up to the film’s crazy, stoned-up take on “Total Recall” and “The Bourne Identity.”

Eisenberg (“The Social Network”) stars as the leading protagonist known as Mike Howell. Mike is just your everyday stoner. He is non-confrontational, works at a laid-back convenient store and is madly in love with his stoner girlfriend Phoebe, played by Stewart (“Twilight” series). Come on! He is living the stoner life, but what Mike doesn’t know is that he is actually the product of the CIA. A trained super-soldier or spy, however the viewer wants to see it, meant to kill any target he is told, but he has never been activated because the CIA shut down the program he was created in.

While Mike is getting ready to make a big step in his relationship with Phoebe, the CIA’s Adrian Yates, played by Topher Grace (“That 70’s Show”), is doing a clean-sweep of the program that Mike was originally in and plans to “take him out” because he is a liability. However, Victoria Lasseter, played by Connie Britton (“Nashville”), who was once in charge of the program that Mike was in, decides to take it upon herself to activate Mike to spite Yates. After Mike is activated, there is this wild goose chase to take him out by the CIA. It gets messy and secrets are revealed. People he once trusted are exposed, and Mike has to make certain decisions that he never had to make before, but more importantly he finds out who he was meant to be. 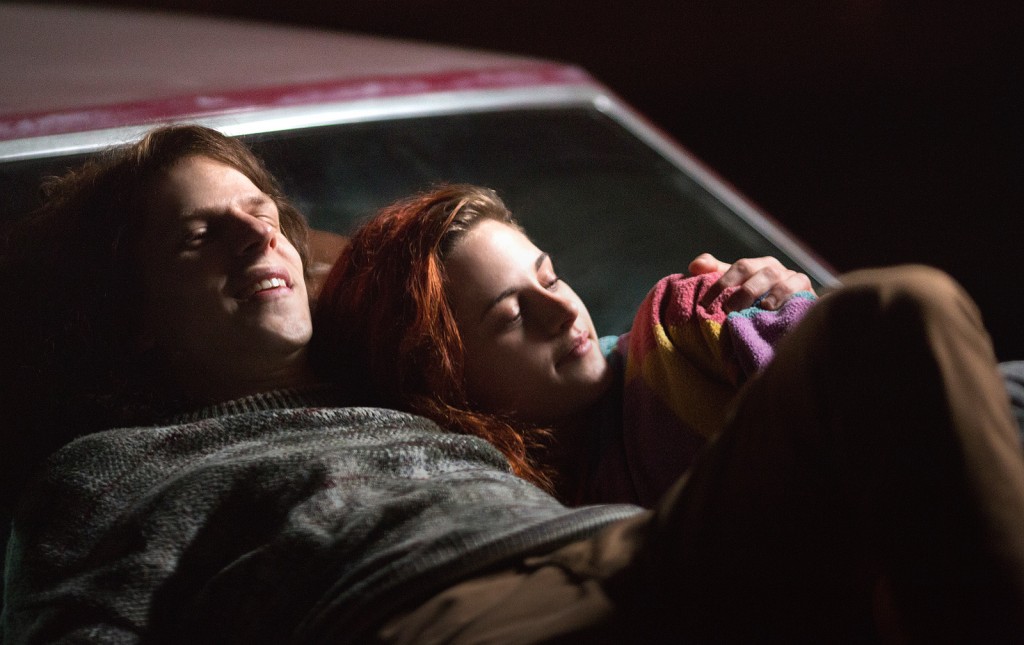 Jesse Eisenburg portrays Mike Howell, a stoner with a special set of skills, and Kirsten Stewart as his stoner girlfriend in the comedy “American Ultra,” directed by Nima Nourizadeh.

This film was perfect in every way. It was not meant to be a cinematic masterpiece, but it was directed toward a newer generation of viewers where marijuana is not something we as a society are afraid of talking about anymore. We want to see these crazy films with underrated characters that depict the modern individual. Everyone loves an underdog and I particularly enjoyed this film because it was a combination of the classic spy on the run movies with a twist. When I think of Mike Howell, I think of a Jason Bourne/ Douglas Quaid high on pot, and I honestly feel like that it is not a bad combination because it is definitely an unexpected one. As for the leading actors, Eisenberg and Stewart were perfect for these roles, and that is something you will not hear me say for any movie. Their bland emotionless faces and annoying voices usually grind my gears, but in these roles I expected them to be themselves and it was perfect. However, there is one thing I wasn’t particularly fond of, and that was the fact the movie felt rushed. If the filmmakers took their time to build on this character, then I think this movie would have definitely been a box-office hit. Other than that, the film itself met my expectations.

So, if you’re looking for a movie to watch this weekend or the next, don’t shrug off “American-Ultra” as some tasteless Eisenberg and Stewart movie because it was beyond that — it was “smoking.”