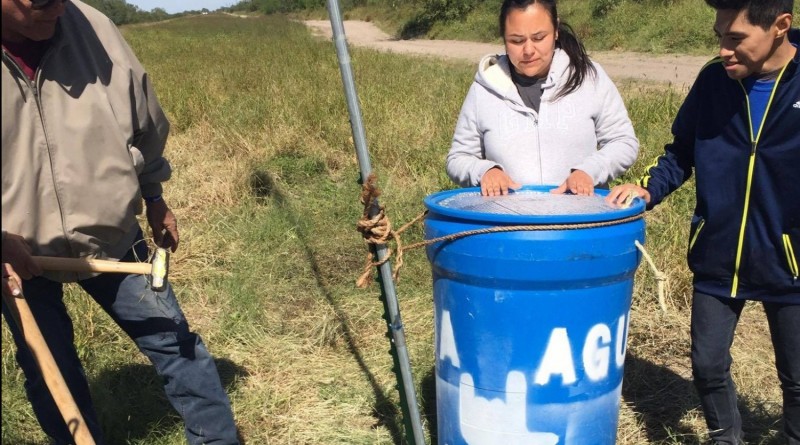 When the president of Del Mar’s Social Work Student Association heard about the horrendous journey of undocumented immigrants through South Texas, with many dying from dehydration, she knew the club had to help.

“We got to see a few pictures of migrants that have died trying to come into the U.S. Their bodies bubble and rot from the heat and some people don’t find their family members until only bones are left,” said Kayla Bush, president of the association.

The club has been focusing on human rights issues since it is a problem in the social work field. During one of their meetings, an idea was brought up to build water towers in Falfurrias. For some students, it is a service learning assignment for Olivia Lopez’s social welfare course. 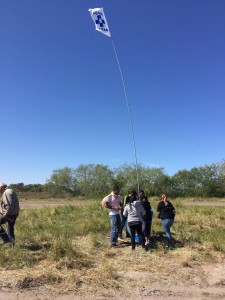 According to Bush, when Lopez first told the club members about this opportunity, the members were all pretty shocked and excited to have a part in saving people’s lives.

“It’s really important for club members to get a hands-on opportunity to really see the inequality and discrimination that is ongoing in the U.S,” Bush said.

In late October, four club members built the first three water stations ever along State Highway 77. Each station contains six gallons of water and will be refilled. On the inside of the lids of every water station is written in Spanish, “call 911 to be rescued,” even though they will likely be deported. The club members also put their logo and signatures on each of the barrels.

For Erica Muniz, social work major, it was an empowering feeling completing these water stations.

“I was proud. I felt like I had made a difference in someone’s life. It was a very rewarding experience, I am blessed to have been a part of this project,” Muniz said.

The South Texas Human Rights Center already has hundreds of water stations in several counties. Students in the social work field have to complete 20 volunteer hours with the agency.

The SWSA has many projects in November and December, including a rummage sale with the Area Agency on Aging and volunteering with the Salvation Army.

“So far we raised a total of $700 from our bake sale and at Del Mar’s Fall Carnival. The funds will be used for other humanitarian projects in our agenda,” said Maricela Calderon Huerta, secretary for the association.

Students do not have to be majoring in social work to get involved with Social Work Student Association. Students can easily get involved in SWSA by signing up, attending the biweekly meetings and joining the events. Meetings are held at 7 p.m. every other Thursday in Room 123 in the Heritage Hall. The next meeting is Nov. 16.