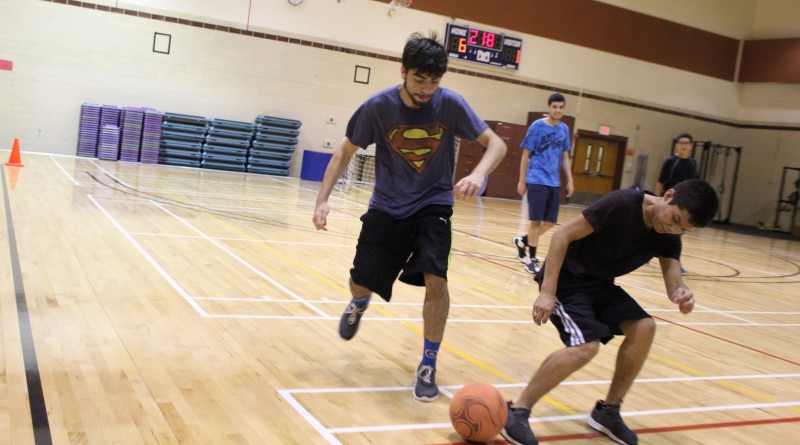 Del Mar College Intramurals came to an end Nov. 30 with their last event of the season, 5-on-5 indoor soccer.

The players could pick their teams but many chose to group up with the same teammates from previous intramurals events.

This event lasted three days and had about four rounds each day.

On the tournament’s last day, the first two games were eight minutes each with a minute and a half break.

The Home team whipped up 11 points in the first set while the visitors put up 2. 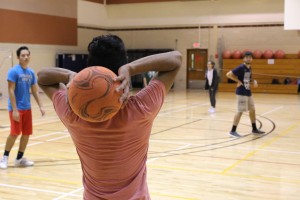 The last two games of the day were nine minutes long and had the same break. The Home team put up 16 points combined while the Visitors put up 3.

During this set, the tension was in the air as the Visitors tried to come back in the final three minutes of the fourth game.

Kicks were flying high as both teams tried to scramble to get any points they possibly could. Shots were made from as far as half the court away from the goal as their adrenaline continued to run through them.

Aubrey Martinez, a participant and a supporter, was at the game.

“Watching and participating in these events is a way I can enjoy time with my friends. It is always nice to get out and do something that doesn’t involve school because we can have fun,” Martinez said.

The bond between both teams was visible as the Visitors had been seen throughout the season participating in various activities.

One of the members, Jose Leachflores, says he really enjoys playing in these events but is looking forward to the break.

“It will give me time to practice even more now,” he said.

Benito Torres, another member of the group, said he was sad that his team did not end up winning but when asked about how he felt playing with his friends he had a different attitude.

“It was pretty fun. We have a good time even though sometimes it can get competitive but overall it is pretty fun,” Torres said.

Check out the Foghorn News in the spring to see what events are planned next semester.