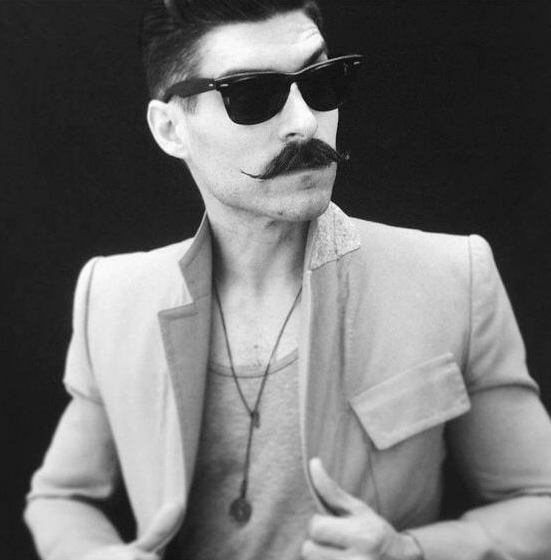 Recently getting off a 230-date tour, Leopold and his Fiction seek rest in an alternative fashion than other bands might.

“We tell everyone it’s a break but really we’re playing shows and still recording,” lead singer Daniel James said. “We love Corpus. This is home away from home.”

Rooted in Austin, Texas, the band describes their sound as Motown-esque with a slight British Invasion. For those who haven’t heard their music before, they suggest listening to “Better off Alone” or “I’m Caving In.”

“We’re a really dynamic band,” James said. “On any given album we’ll have four different styles going through the “Leopold filter.” We’re writing all the time so if someone were to ask us what we sound like I couldn’t pick just one.”

Tera: You guys ever take your family members on the road with you?
Daniel: When we play festivals or we know we can drop them off at home shortly after. We can’t take them on the road road cause it costs too much and it’s really hard as a three piece, let alone anything more. Bass, drums and guitar: that’s what you need as basic necessities. So to bring anything more … it’s like I was saying in 11 months, 230 shows, that’s pretty un-doable by, I’d say, about 90 percent of bands out there. Even major label bands, because of the bigger production; it is the less likely people are willing to be like: “Hey you wanna go? Yeah!” It’s like three people have to answer that question, not 15.

Kaliegh: Were you able to see your family at all those eleven months you were recently on tour?
Shaun: Everything we do is kind of in-house like restocking merch, website update, videos, all that kind of stuff. We’re home, we do laundry, maybe we’ll have one or two days where we don’t see each other but then it’s like we rehearse a lot or we’re in the studio a lot like Daniel said. We just recoup all that stuff then we go out and do it again.
Daniel: We go out but then we come home. We’ll be gone for three weeks, come home for four days and go out again for three weeks. We go out till we can’t anymore. I figure one more year of that and we’ll be exactly where we want to be. I mean, I’m already exactly where I want to be but it’s nice to have financial security in addition to being really excited about being on the road.

Kaliegh: So you’re saying that you’re pretty much where you want to be. What are y’alls goals with this band? Where do you see yourselves in a year?
Trevor: In a year? I’d like to be onsome more consistent tours where you go out and there’s not only our PR company but another band’s PR company attached to it so you get more buzz, ya know? It’s really the exact same place we are now it’s just getting everybody that we’re playing with on the same page rather than going to a venue and playing with two random bands we may or may not know as opposed to playing with two bands that we’ve planned tour dates together or something like that. I agree with Daniel, we’re pretty much at a point where we’re enjoying more and there’s always a trajectory we want to follow where it keeps getting, not necessarily easier, but you figure out what is necessary and what isn’t.

Shaun: I always tell people it’s like a restaurant. If you know anyone who started a restaurant, they’ll tell you that they have to be there for at least a year to two years, 16 to 18 hours a day. Literally, not figuratively. Before it opens, after it closes, because everything is so important to them. From the chairs to the way the food taste. So we’re the exact same way. In this last year we were in that mode hardcore and it was like everything had to be prefect every single time. So you have to put a lot of work and a lot of hours and that means a lot of time on the road. But at the same point, those owners, it’s not that they want to stop doing what they do it’s just people come alongside them because they love what they are doing so they help them do what they do better. You get more people and a restaurant will open another store: it’s the exact same thing. So, yes, we love where we’re at but, like, we’re starting to have a few people come alongside of us that are helping us to get to the next level. Playing to more people in bigger venues, just getting our name out to more people that we can’t do on our own.
Daniel: When I said, “I’m exactly where I want to be” I mean I’m happy with where the ride is taking us. The momentum that we’ve put behind it, I couldn’t be happier. I couldn’t be like, “Man, we’d be awesome if only this.” It’s like we’re doing exactly what we need to be doing. Everything going down the tracks is the exact speed I want to be going. If it were going any faster we’d probably break.

With hungry eyes and empty stomachs, Kaliegh and I witnessed the three members devour all eight of the veggie tacos we ordered from Freebirds. After taking a few sips of our water, we continued on with the interview.

Kaliegh: Daniel I already know you don’t drink or smoke but do either of y’all (motioning between Shaun and Trevor) drink?
Shaun: Not on the road. When I’m at home I drink.
Kaliegh: Is there a specific reason you chose to do that?
Shaun: Work. Booze isn’t that important to me but the band is. My work is a lot of fun but I treat it just like any other job. They don’t let you drink at your job, on the clock, so I don’t do that either. If we do have a drink, it’s very intentional. Like we don’t have a show the next day or the drive to the next city is like an hour.

Tera: Do you get your inspiration from going out and living life or can you just read a book/watch a movie and start writing?
Daniel: We read a lot because we gotta do something with all that time we’re not drinking. We watch a lot of classic movies, new movies or whatever and it inspires me. The seeds come from all over the place. As a whole, typically I’m writing about … lyrically I’m writing about things that are real. Not outer space, I talk about it but I don’t write about it.
Shaun: Outer space is real.
Daniel: I mean like real emotions. Real today. I’m not traveling to outer space. What I’m writing is never specific. I’ve never lived one of my songs. I’m not the guy that writes about, “Oh I just broke up with my girlfriend” or “I just got shot in the foot.” Nothing like that at all.
Kaliegh: 50 Cent?
Daniel: Hahaha yeah. So, literally, all the songs are fiction or they start as fiction then you start pulling from personal experience and wrapping the two together. The content is literally what’s inspired and it could be anything. But I’m not writing about puppies or orange juice, it’s a lot of poetry wrapped up in the world.

Tera: Awesome. Okay, so how were the tacos?
Daniel: They were good!
Shaun: I ate enough.

To stay updated on the band check out their website www.leopoldandhisfiction.com and follow them on the multiple social network sites.