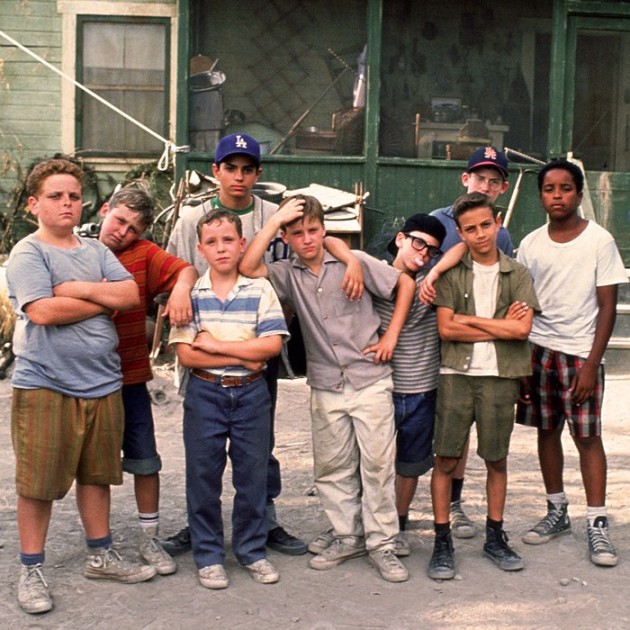 “You’re killing me Smalls!” Guessing which movie the Corpus Christi Ride-In Theater chose for this month’s screening shouldn’t be hard to figure out after hearing that famous quote. On March 28, the classic baseball family comedy, “The Sandlot,” will be shown at the Watergardens.

As the new kid in town, Scotty Smalls wants nothing more than to make friends. Wanting to learn how to play baseball to impress his stepdad, Scotty turns to the town’s best baseball player, Benny “The Jet” Rodriguez, for help.

Soon he makes friends with The Sandlot boys, a group of baseball buddies, and becomes part of the team. The group of friends fall into many adventures involving baseball, the attractive lifeguard at the local pool, tree house sleep-overs and the obnoxious rival baseball team. The boys get into a major pickle when Scotty steals a baseball signed by Babe Ruth and hits it over the fence into the backyard of a menacing dog, known for eating baseballs, named The Beast.

Will they get the ball back? And will Scotty be grounded for life by his stepdad? Make plans to attend the event to get the answers to all of your questions.

Since January 2014, the Ride-In Theater expanded their committee to better service their patrons. A main goal the founders wanted to accomplish with this monthly event was to help a different charity. In the past, they have worked with charities such as the Junior League, Bikes for Kids, American Red Cross, For the Love of Strays, and the Turntable Academy.

Last month, the Junior League had over 50 dresses donated to their Cinderella’s Closet program which gives deserving high school senior ladies in the coastal bend the opportunity to receive a prom dress. This month’s charity is still being determined.

The Ride-In Theater committee members are constantly being asked how the movies are chosen and the criteria they go by. “We work hard to pick titles with crowd appeal and the ability to create fun with it,” Joe Hilliard, Ride-In Theatre Founder, said. “With the Hooks starting in April, ‘The Sandlot’ leaped at us. We’re going to have a lot of fun.”

Callie’s Cajun will be in attendance, serving a variety of food, as well as CC Liquor Catering providing adult beverages. Outside alcohol is prohibited.

Last month, the Ride-In Theatre featured a very special VIP area and they’re bringing it back for this month’s screening. The VIP area includes preferred seating and cocktail service. VIP tickets are $10 and reservations can be made by contacting the Ride-In Theater committee on Facebook.

Festivities will begin at 8:30 p.m., leading to show time at dusk.

As is customary, Cassidy’s Irish Pub will host the official Ride-In Theater after party.