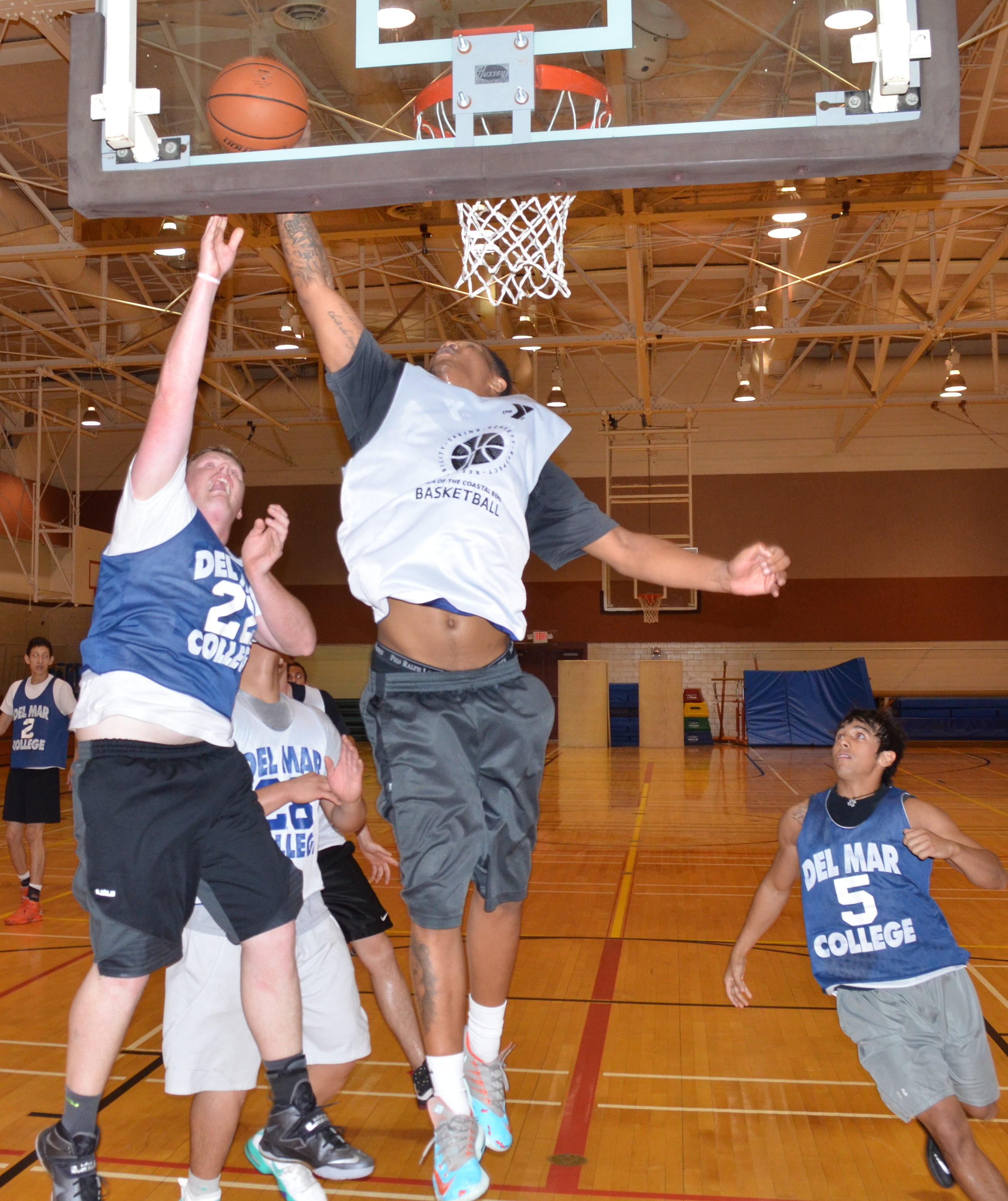 After a successful turnout for the flag football tournament, intramurals director Ryan Murphy thought it would be a good idea to finish the spring semester off with a three-week 5-on-5 basketball league. Just like the past few tournaments, this was a success. The league started April 7 with seven teams having at least eight to nine players and everyone came to play. Each game had two 20-minute halves and was played on a full court.

The top team that finished off the league and took the top seed without question was team CCPD. Their first few games seemed to be too easy for them, leaving them with a large lead against their opponents. You could just see the team’s chemistry, running plays with ridiculous passing without making eye contact. But as the league progressed the competition got a little fierce for CCPD, with their last three games being close calls. Their last game against the 76ers, not from Philadelphia, was a nail-biter. Fouls, turnovers and time had gotten both teams upset with each other. Just when you thought the 76ers were going to end CCPD’s winning streak, a crippling turnover gave CCPD the winning shot.

Every team took this league serious, and after every game they would sit in the stands and study their opponents.

Now the finals have approached and the team who was studying CCPD very closely was their upcoming opponents the local Spurs, not to be confused with the NBA San Antonio Spurs. The Spurs had landed in the second seed having only lost to CCPD. The Spurs have been trailing CCPD throughout the league and will meet them in the finals on April 29.

The finals will begin at 4 p.m., and we will finally see if CCPD has put together an unstoppable force or if Spurs let them have the first win only to take it all. Everyone can come out to the kinesiology building and show support toward your classmates. This is going to be one intense championship and nobody wants it more than these two teams.