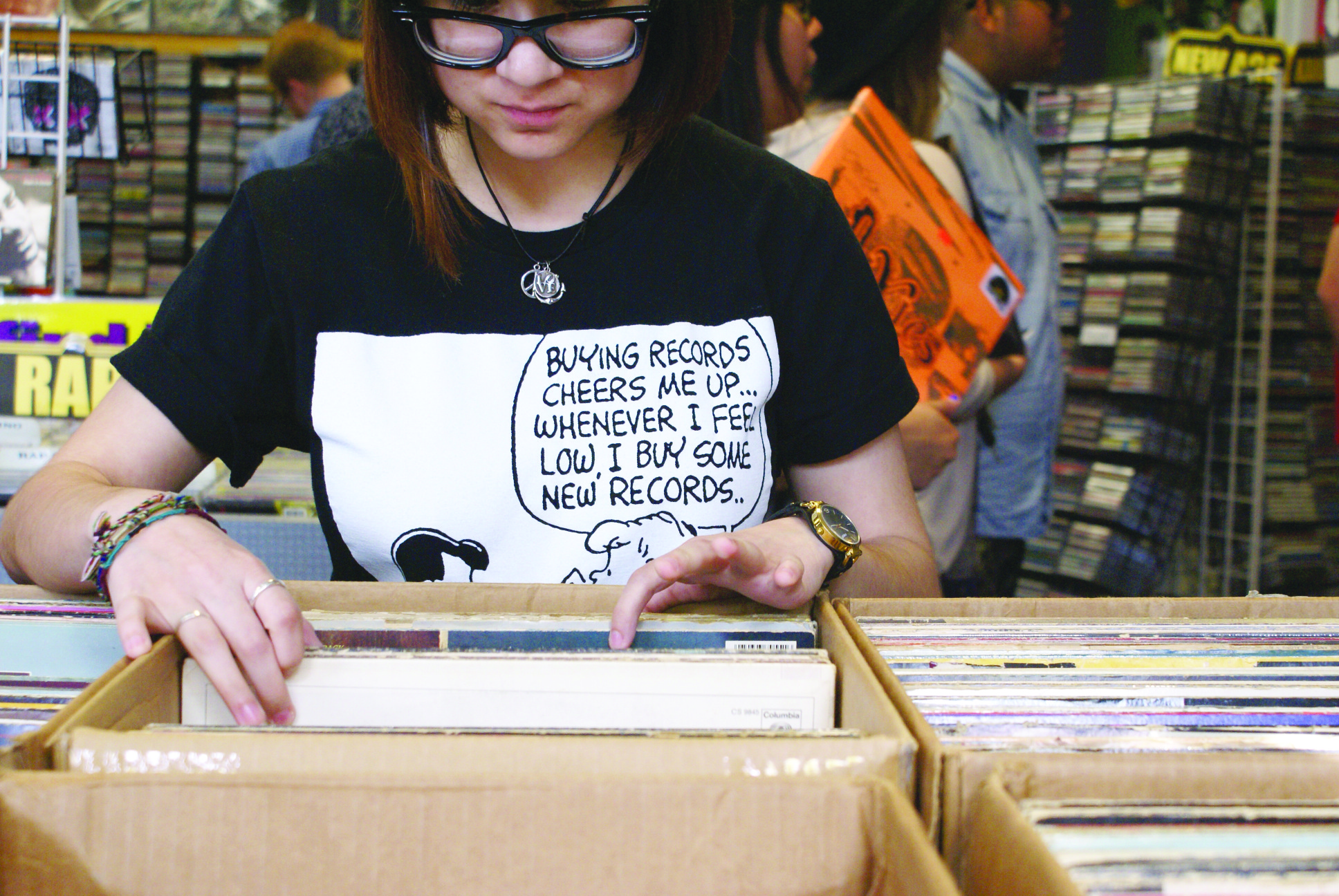 Local record retailer Disc Go Round celebrated the seventh annual Record Store Day with free giveaways, limited album releases and performances from local bands. With the store opening at 10 a.m. Saturday, April 19, associates had to stay after-hours Friday night to set up for the anticipated mob of music lovers. The event required delicate and precise planning beforehand and the participation of every employed associate the day of the event.

The line began at 4 a.m. with two loyal and devoted vinyl collectors and slowly but surely filled itself out as time went on. Some celebrators of Record Store Day decided to join forces and create an affair for themselves out of it, complete with a sleepover, breakfast tacos and jumping in line at 7 a.m.

By 8 a.m. the line had reached the end of the building and once the doors opened at 10 a.m. it had lingered off in the parking lot and into the adjacent street. Each guest was issued two tickets upon entry for access to the limited Record Store Day releases. Two additional tickets would be granted if the customer went back in line after purchasing their initial two tickets’ worth. Some customers and long-time Disc Go Round patrons, including Del Mar College student Joshua Deleon, weren’t too keen on this idea. Unaware of the two-ticket implementation of this year, Deleon arrived with his list in hand, ready to get his hands on each anticipated album he could.

“They wanted everyone to have a good chance of getting an exclusive record,” Deleon said. “But I don’t really think that’s fair because some of these people just got here. We took the time to come out early so I feel like I deserve all the things that I wanted.”

Jose Soria arrived at 7:30 a.m. but didn’t show up for any particular releases. With a box full of Elton John and dozens of other $1 albums that the store had on special, Soria wound his way through the store looking for anything that might catch his eye.

“I like to go into things blind without expectations so if I find something I like then I’ll be excited,” Soria said. “Otherwise if I don’t find what I like I’ll be disappointed.”

Justin Pico, owner of Disc Go Round, anticipated a big crowd but said the store had almost twice as many customers this year compared with last. The store was at capacity the first hour of opening and maintained a line outside for those eager to shop.

“This is by far the most people we’ve ever had here,” Pico said.

Unfortunately for those vinyl connoisseurs, Record Store Day comes only once a year. To keep up with Disc Go Round in the mean time, visit their Facebook page or website at www.welovecds.com.