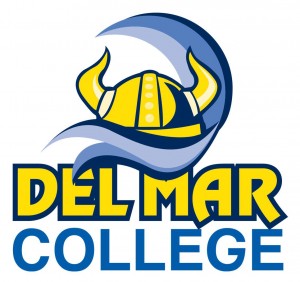 The Del Mar College Hall of Fame has been recognizing students and their academic as well as leadership skills since 1949. The Hall of Fame, displayed on the first and second floors of the Harvin Center, shows photographs and various lists of achievements from over 370 student inductees.

This year’s nominees include the following:

Mark Matias — chemistry focus with engineering focus. Matias is involved in SEMMO (Science, Engineering, and Mathematics Majors Organization), Environmental Awareness Organization and Phi Theta Kappa Honors Society. He has received multiple awards and made President’s List with a 4.0 GPA in spring 2013, and has a letter of appreciation for Community Service.

Liana Salas — math major. Salas in involved in Social Dance Club and SEMMO. She has more than 400 community service hours working with local organizations such as Our Lady of Perpetual Help, and Mexican American Engineers and Science Society. Salas has received awards from Boy Scouts of America and Pope Pius XII Religious Award.

Marcos Diaz — psychology major. Diaz has been part of the President’s List every semester with a 4.00 GPA. Diaz is a member of Phi Theta Kappa Honor Society as well as Alpha Beta Gamma Honor Society. Diaz’s community activities include being a care provider and a volunteer for the Boys & Girls Club.

Robert Villarreal — petroleum engineering major. Villarreal is involved in SEMMO and the SGA. Villarreal has also been awarded the National Science Foundation STEM scholarship and inducted into Phi Theta Kappa. Villarreal is also involved in an off-campus community service project, “Google with a Geek” which is aimed at helping local senior citizens with technology.

Jennifer Sheriff — mathematics/education major. Sheriff is involved in SEMMO and the education society. She participates in activities such as E.C.F. Community Center Tutoring Internship in Math and Reading for kindergarten through fifth grade, iDiscovery and Google with a Geek. Honors and awards include STARS Foundation Scholarship, Texas Community College Aerospace Scholars Program and National Science Foundation S-STEM Scholarship recipient.

Logan Herring — mechanical engineering major. Herring is involved in SEMMO, BSM and Phi Theta Kappa. Herring’s honors and awards include the President’s List and State Lead Team for BSM. Herring has over 450 hours of community service for organizations such as the YMCA and Agua Christina Baptist Church.

Denise Mugabe — liberal arts major. Mugabe is involved in organizations such as the SGA and SOTTC (Sine of the Times Committee). Mugabe aims to one day be a marketing director for a major corporation and a motivational speaker.

Dina Palacios — nursing major. Palacios has been a member of the DMC Student Burses Association since her first semester. Palacios’ community activities include coordinating student teams to prepare and serve meals for families at the local Ronald McDonald House, and working with the children’s shelter in Calallen. Palacios has received multiple awards including a Certification of Appreciation for outstanding volunteering work with Mary Grett Special Olympics, and a Certificate of Completion for competing Caregiving module in personal care needs for someone with Alzheimer’s disease or related dementia.

Nurya Silva — nursing major. Silva completed an associate in nursing in December 2013. Silva has been involved in projects such as the National Association of Hispanic Nurses and Ronald McDonald House Thanksgiving Dinner project. Honors include the President’s List and class speaker for the DMC Nursing Program Pinning Ceremony.

Zachariah Rollins — chemical engineering major. Rollins has been part of the President’s List and Phi Theta Kappa. He has been invoiced in DMC activities such as Biology and Health Science Club and Environmental Awareness Organization. Rollins has received multiple awards and honors including Outstanding Academic Student in Chemistry and Title V STEM Natural Science Academic Excellence in Biology.

Nathan Steiner — electrical engineering major. Stenier is involved in SEMMO and Math Club. His activities include IDiscovery, Learning Tower of Pasta and the NASA Aerospace Scholars Program. He has received the Outstanding Student Award (Avionics) and is a South Texas Aviation Project Scholarship recipient.