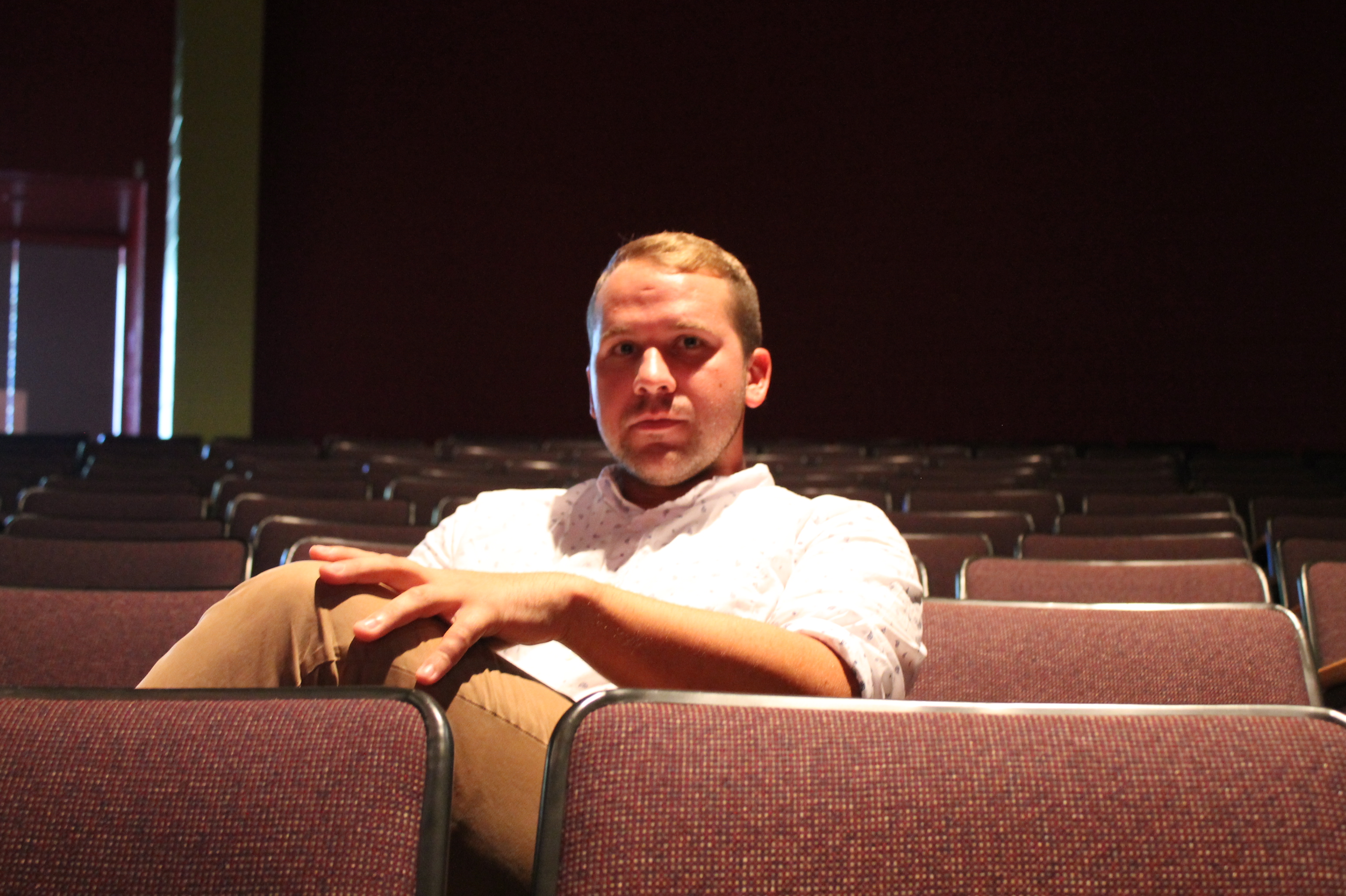 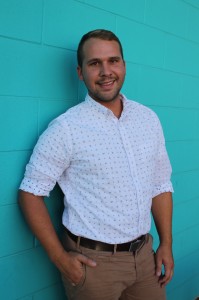 While setting up the Keurig in the break room of the Harbor Playhouse to accommodate everyone’s midafternoon crash, Jeffrey Riddle rejects making one for himself.

“I’ve been here since 4:45 this morning; I’ve had enough,” Riddle says with a laugh.
While waiting for the brew to complete, Riddle looks around at his surroundings and one thing is very apparent: It’s been a long, exhausting journey to get to this room.

Had it not been for the frustration and lack of interest during his first semester of college in a computer science overview course, Riddle wouldn’t be the new executive director of the local theater.

Riddle began his college career in hopes of achieving his bachelor’s in computer science but after taking an overview course his first semester at Texas Lutheran University he quickly learned that this wasn’t the path for him.

After transferring to Del Mar College in spring 2009, Riddle attended an interpersonal communication course and immediately fell in love. After switching to a communication-based major, Riddle received criticism for his choice and was often asked what he planned to do with that particular degree. “I honestly didn’t know,” Riddle said. “I realized, hey I’m really good at this … and I didn’t want to be stuck behind a machine all day. With a speech associate degree in hand, Riddle transferred to Texas A&M University-Corpus Christi and earned his bachelor’s and then master’s in communication.

Nine months, 200-plus applications and a lot of patience later, Riddle found himself at Town & Country with Harbor Playhouse volunteer and investor Brucie Moore alongside board member Kelly Quintanilla.

Experiencing rejection for almost a year, Riddle was becoming fed up with the post-grad life. “I think that I’m young and I have a master’s degree as a 24-year-old and I think that’s intimidating for a lot of people,” Riddle said. “I don’t think I have all of the experience that all of them were asking for, but I still think the people in those higher positions are scared by younger, individualistic minds.” 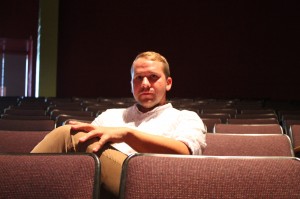 The initial meet up with Moore and Quintanilla was to discuss an open PR position for the theater. After breakfast and getting to know one another, Riddle walked out with a title he wasn’t expecting: executive director of the Harbor Playhouse, an opportunity for Riddle to access his creative side. “I think it’s great that they are giving a younger applicant an opportunity,” said Ryan Hagen, a community theater actor. “It seems like the position hasn’t had the best of success so I commend the Playhouse for reviewing its options and hiring a local to run what many consider to be a local treasure.”

While experiencing a slight decline in attendance lately, the Harbor Playhouse board was looking for someone with fresh ideas to change things around and as Riddle explains, that is exactly what he’s here to do. “I wouldn’t be here if it wasn’t for Brucie giving me her time and money,” Riddle said jokingly. “I’ve been waiting for someone to believe in my skills and educational background.”

Having just completed his first week in this position, Riddle and Administrative Director Crystal Bell already began preparing for fundraiser campaigns for 2015. “(Crystal) got here in February so she’s still figuring out everything too. She’s the hands-on person,” Riddle said. “She’s very vital to this organization’s success.”

Riddle, who attended junior high school with Bell but hadn’t seen her since, is excited to build a professional relationship with a familiar face. “He’s very lively,” Bell said while describing her work relationship with Riddle. “I’m not used to morning people.”

The extensive PR campaign set for 2015 will hopefully boost ticket sales and begin filling seats and the theater, something the Harbor Playhouse has struggled with recently.

“I’m excited about making this my own and I don’t mean that in a selfish way,” Riddle said. “I want to make it good, make the community see that we have such talented people in this city. Sometimes Corpus Christi doesn’t have a cultural competence and I think that’s one of our biggest problems.”