I met with the guys of Resz at drummer Phillip Hand’s girlfriend’s house. I provided the tacos and they provided the drinks. Resz was formed in 2009 and is made up of Adrian Guerra (singer), Pete Soares (guitar), Rick Pimentel (bass), Michael Garcia (guitar) and Hand. I remember buying their first demo CD a few years ago from Hand and now the guys are putting out a full-length album later this year. 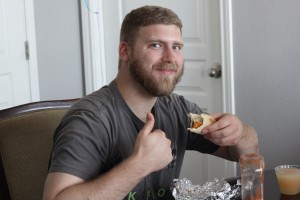 Tera: I read that you’re getting new merch and your CD is coming out soon. Are you guys planning for an upcoming tour?
Phillip: We hope to be doing a Texas tour within about six months. Do a three- or four-date tour to begin with then I imagine shortly thereafter, start building a longer tour.
We’re very under experienced when it comes to out-of-town shows. We’re much further along in our actual quality of music and performance than we are taking it somewhere else. We’ve seen plenty of bands that are really good at touring. They have the equipment, the gear, the roadies and help. They’ve got everything together but their performance, the actual playing, is definitely what we find to be lower than what would have been expected. We feel that we, in a lot of ways, are completely the opposite. Not saying that we’re super awesome and amazing but we definitely have our performance down. We don’t have the touring and moving to multiple places down.

Tera: Do you take advantage of the open mic night at House of Rock?
Pete: We used to.
Rick: It serves us a better purpose to have band practice. It takes us an hour and a half to get to open mic night, set up for three songs and then come back home.
Phillip: It’s more fun if we have time.
Adrian: I’d be down to do open mic night.
Rick: Me too.
Pete: We play Theo’s a lot. Surf Club. The Texan. We’ll be at HOR on the 12th for a show.

Tera: Who’s your favorite band that you’ve played with so far?
Rick: Otherwise. They were really cool.
Adrian: I had asthmatic brocades and the lead singer actually took me to the back, where the bus was, and got some chamomile tea for me.
Pete: Otherwise was pretty cool. For me, my favorite was I-Empire.
Phillip: I love Pat Greene. We opened up for him and then watched his performance. Being on stage and then being on the other side with the fans, within the same day, it was cool to think, “Yeah we just opened up for him.” The show was good but the realization was awesome! 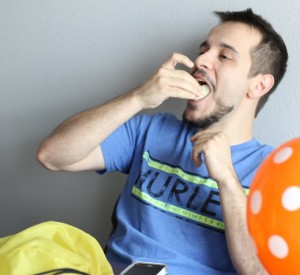 Tera: Is this something you want to do permanently? Is that the goal?
Pete: If it came to it. This is what I’ve been wanting to do since I picked up a broom and pretended it was a guitar.
Adrian: I’ve always wanted to do this but if it doesn’t work out I’m still gonna do solo stuff anyway.
Rick: Life is full of risks and you pick which one you take. Sometimes they pan out but sometimes they don’t. This is one of those risks that we’re all still young enough and capable enough that we can take the risk and see what happens.

Tera: How do balance the music with other obligations? Or is it the other way around? Music first and everything else second.
Pete: Honestly I focus on the music.
Rick: I’ll be at work, working like 40 hours a week and the whole 40 hours I’m thinking about music in my head. I can’t wait to get home and try to write a song because I have a chorus in my head.
Pete: I got my job, school and my son. Of course, out of those things my son comes first, but when I’m working I’m thinking about songs.

Tera: How does the writing process work?
Adrian: It changes from song to song. Sometimes I’ll bring the skeleton of a song, and we’ll build on it. Every now and then we come to practice and a song will be written.

Tera: What are your songs mainly about?
Rick: His (pointing to Adrian) are about feelings, lost love … mainly love. I write mainly about political stuff, social networking, spirituality.
I wrote a song called “Buddha” where it’s about self-spiritual meditation. The chorus is “Stay and meditate. Repeat your mantra. Find your highest plane and take it higher.” It’s about finding what makes you happy.
Adrian: I’ve written dark stuff. Before I met these guys I wrote stuff by myself on rhythm and I felt always if I didn’t go through things I couldn’t really tell you, to be genuine about it when I was writing. I think a lot of musicians usually get hurt and they kind of push it out that way.

For more information, visit the bands facebook page at www.facebook.com/reszband 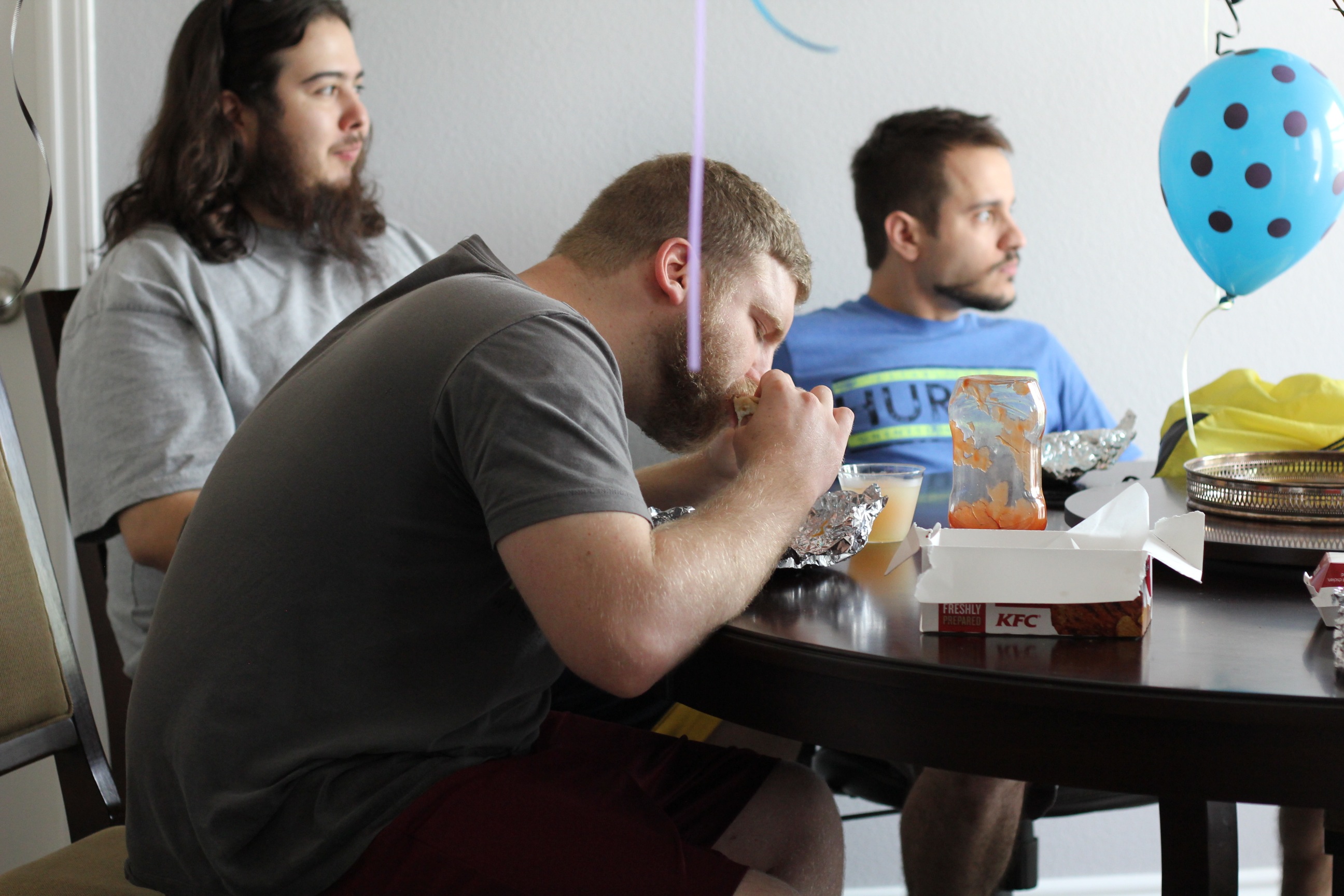