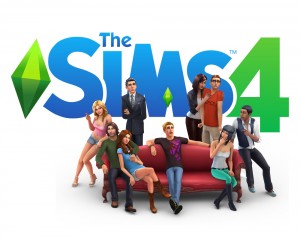 “The Sims 4” was finally arrived on PC with a new and improved look. It was officially announced at Electronic Expo on June 6 by videogame publisher Electronic Arts (EA) and developer EA Maxis.
“The Sims 4” is part of a popular life simulation series, “The Sims,” created by video game designer Will Wright.

In “Sims 4,” players create or control virtual characters known as “sims.” These sims can interact with other sims, do various real-life activities, have families, careers and live in pre-built or custom-built houses created by players.

EA heavily marketed the Create-A-Sim feature. This feature has been available since the first game and received some improvements. Now a sim can have emotions, walk-styles and personality. Every inch of their body is customizable too.

Create-A-Sim allows players to fully create unique characters with their imagination. The build feature also received a facelift. In previous games, house building was a bit tricky and complex. Now, players are able to easily create houses by snapping walls or rooms together and quickly change a room with pre-built rooms.

EA Maxis also created a new game engine. For example, there are less loading times than previous entries. Each sim also can now multitask. There are different career paths to choose from: tech guru, secret agent, painter, writer, entertainer, astronaut, criminal and culinary. The player cannot see what their character is doing at work, but time fast-forwards after the shifts end.

Despite having a new engine and features, “Sims 4” has a few issues. Maxis took away staple features such as toddlers, pools, basements, vehicles, terrain editor, color wheel style editor, firefighters, police officers, thieves and repairmen. Both EA and Maxis were faced with backlash from their respected fans. Many “Sims” fans felt frustrated after learning about the removable features. Others protested against buying anything from both companies.

“The Sims 4” is still a terrific game minus the faults. The game has plenty of features for continuing and new players alike.