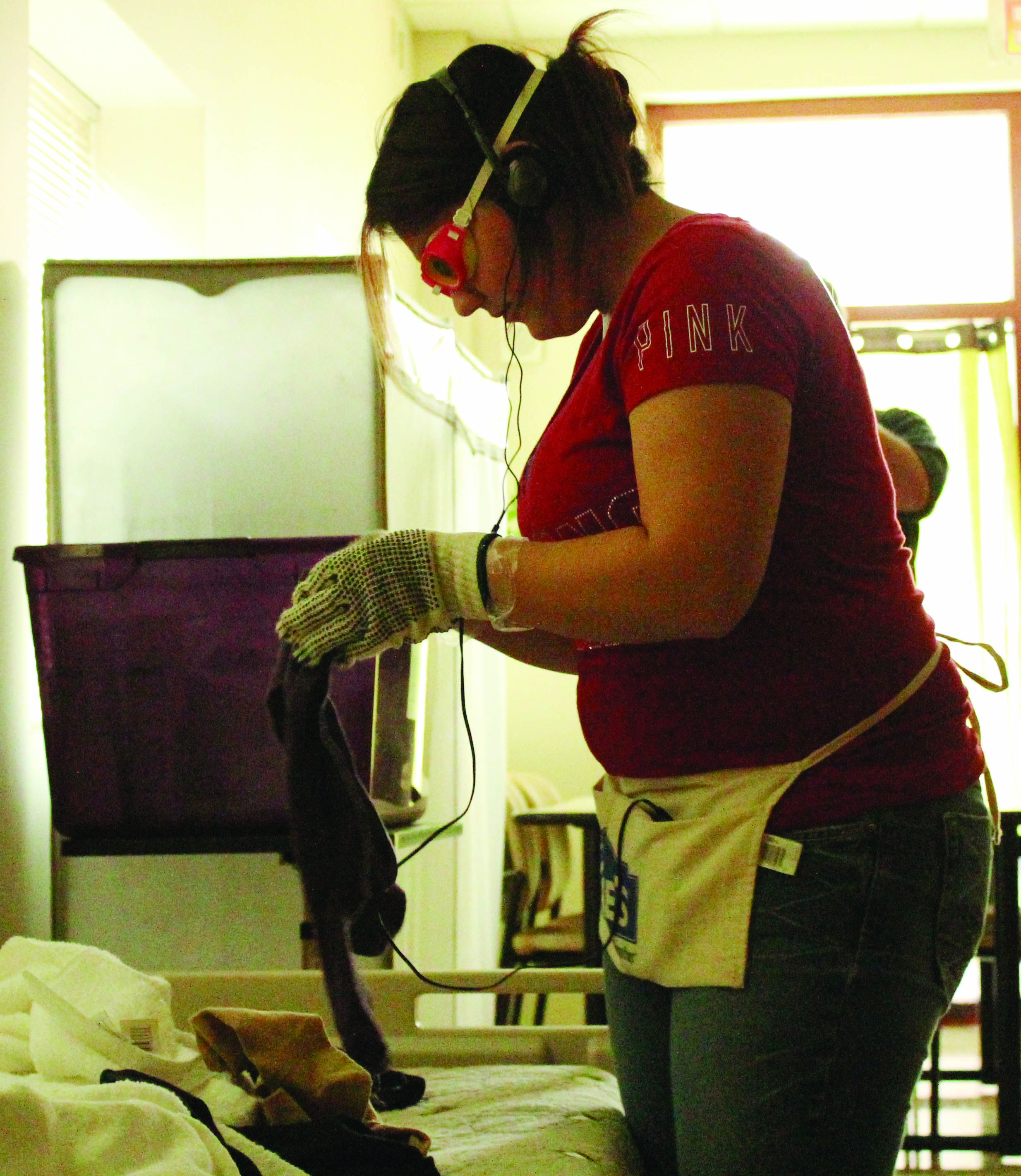 Early signs of the
disease often are
dismissed as aging

The Nursing Program from Del Mar College’s West Campus hosted a Virtual Dementia Tour on Sept. 26. The tour was a six-minute simulation of how a patient with dementia sees and feels out his or her surroundings while doing daily tasks.

The tour was described as “your window into their world.” It showed participants first-hand what people with dementia deal with on a daily basis, which then helps provide insight for those caring for dementia.

The most common form of dementia is Alzheimer’s disease, which, according to The University of Maryland Medical Center affects nearly 5 million Americans. Many miss the early signs of Alzheimer’s because of the subtlety or blame it on “natural aging.”

Crystal Gomez, a Del Mar student working toward getting into the nursing program, anxiously moved around the room, attempting to follow instructions she had received before starting the simulation. Gomez was approached once on campus and asked if she’d like to complete the tour.

“They asked me and I was like, ‘OK!’ It seemed interesting,” Gomez said. “It was difficult doing the simple, easy tasks. I just felt disoriented. It’s emotional.”

Immediately following the tour, Gomez giggled as she explained various slip-ups while undergoing the simulation.

She was then escorted to nursing student Brandon Macias to complete a post-test that coincided with a pre-test she took before the tour.

The nursing program hosts events and simulations like this throughout the year. Dementia was chosen as the topic this time because of the misinformation and misconduct between patients with dementia and caregivers or nurses.

“You’d be surprised at the number of people who have dementia out there,” Macias said. “I’ve worked at every level, 1-4, and as a caregiver it could be very easy to get agitated with a patient. If you just understand where they’re coming from it gives you a better insight as to how they feel.”

Assistant Professor and Certified Nurse Educator Donna Huddleston chose dementia for the simulation tour from a personal incident she experienced in the hospital while receiving treatment for a fractured knee. She recognized patients who had dementia and felt at a loss with herself for not being able to physically help or inform the nurses of interventions to take to put the patients at ease.

“I couldn’t think of anything to help the nurses,” Huddleston said. “As soon as I got out of the hospital I started looking into dementia and what things I could do. I looked into evidence-based programs and then brought them here.”

Several intervention practices Huddleston discusses that can help ease patients with dementia involve playing soft music or songs that the patient likes, hand massages and engaging the patient in conversations that involve their past or something they were passionate about.