Carl Yowell has been a theater director at Del Mar College for over 20 years. Yowell and the theater students are working on a farce French humor play called “The Ladies Man” and the production work has been going on for over two months.

According to Yowell, a farce humor play hasn’t been done at Del Mar for over 17 years.

“The play is about a doctor who almost had an affair but chickens out, and has to cover up the fact that he almost has an affair with his wife,” Yowell said. “The man is true to his marriage vowels but yet tries to hide it; it’s a backward story.”

Yowell said he chose to do “The Ladies Man” because he wanted the challenge of doing a different style of humor and also wanted to expose the actors to something different. The writer of the play, George Feydeau, is one of the early masters of farce form. His creativity and originality reflects in his writing and humor.

The play opened Nov. 14 in the Finley Theatre in the Fine Arts building on East Campus. More shows are set for Nov. 20-22. Reserved seating is $10 and student advance tickets are $6, or $3 at the door within one hour of show time for Del Mar students. 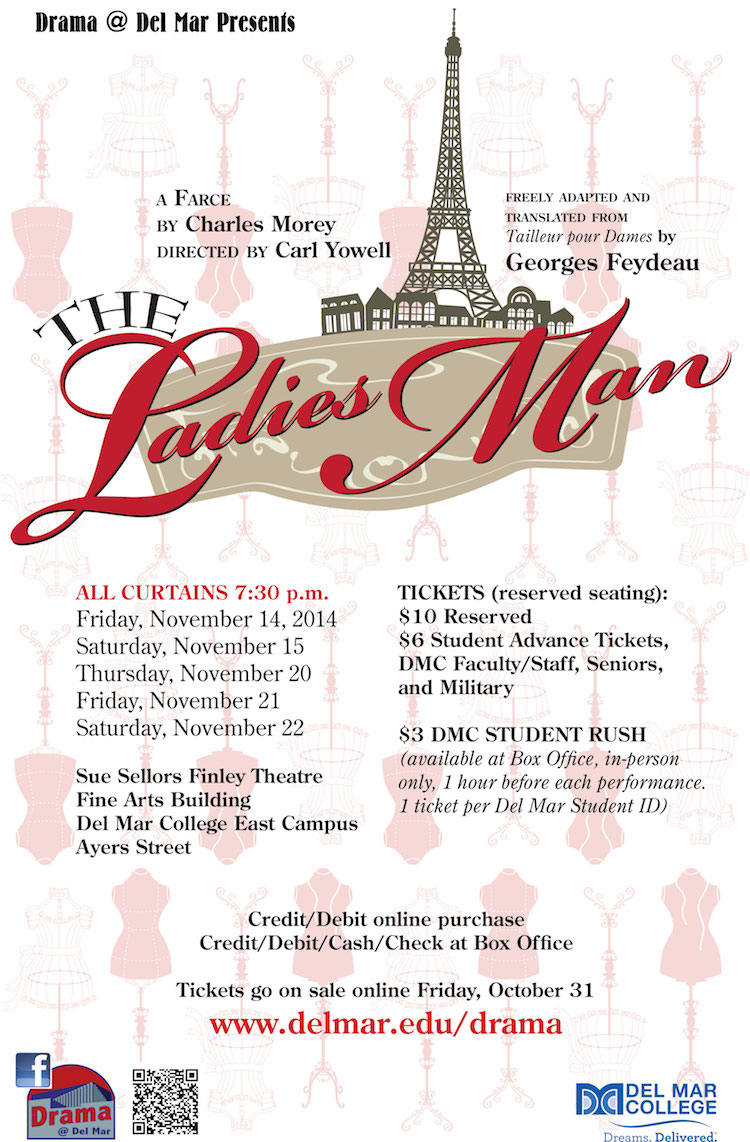