New releases offer
something for all gamers

With Christmas around the corner, many gamers have started compiling their wish lists. There are several games out just in time for the holidays that have caught gamers’ attention. Here are four to look out for this holiday season: 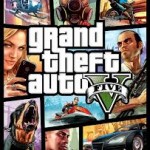 Yes, this game came out last year, but it’s also now available on Playstation 4 and Xbox One. Along with updated graphics, this re-release introduces a first-person mode that offers gamers in both story mode and online a new perspective as they fly, drive and fight.

With new updates coming soon for the online mode — including the long-awaited heist missions —this re-release is worth having. 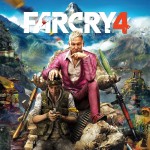 Ubisoft’s famous open-world, first-person shooter returns on Playstation 3, Playstation 4, Xbox 360, Xbox One and PC. Set in the Himalayan region in a village of Kyrat, you play as Ajay Ghale, who returns there to scatter his mother’s ashes as her dying wish. But he finds that Kyrat is run by a self-appointed king known as Pagan Min who rules the entire village.

You fight alongside a rebellion known as the Golden Path to take back Kyrat from Pagan.

Developers tacked on co-op mode, and you get to share your stories on the game and survive the wilderness, take back outposts and liberate bell towers. Be on the lookout for this game this holiday season. 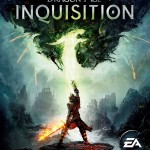 EA and Bioware’s famous franchise returns with this third installment in the “Dragon Age” series. A civil war has broken out between the loyalists of the ruling Empress and a noble faction led by her cousin. The Circle of Magi has gone rogue and the Templar Order has seceded from the Chantry to wage their own civil war on the mages. Customization has been expanded, as has the world, giving gamers more time for exploration. The game is available on Playstation 3, Playstation 4, Xbox 360, Xbox One and PC 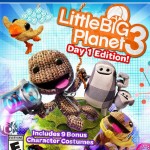 Sony’s famous exclusive has returned for Playstation 3 and Playstation 4. Sackboy and friends must stop the evil creator Newton and the three evil titans from destroying the universe.

Level creations have returned and three new breeds of sack people have now joined. Oddsock, a dog that can run faster and also jump on walls. Swoop can fly to pick up objects and even lift characters to get them up to where they need to go. And Toggle, a sack person, can turn himself big to trigger pressure plates or small so he can swim and fit through tight spaces. This is a game that everyone can enjoy — both adults and children.

Christmas season is near and if you’re looking for the hottest titles for the gamer in your life, all of these titles are bound to please.