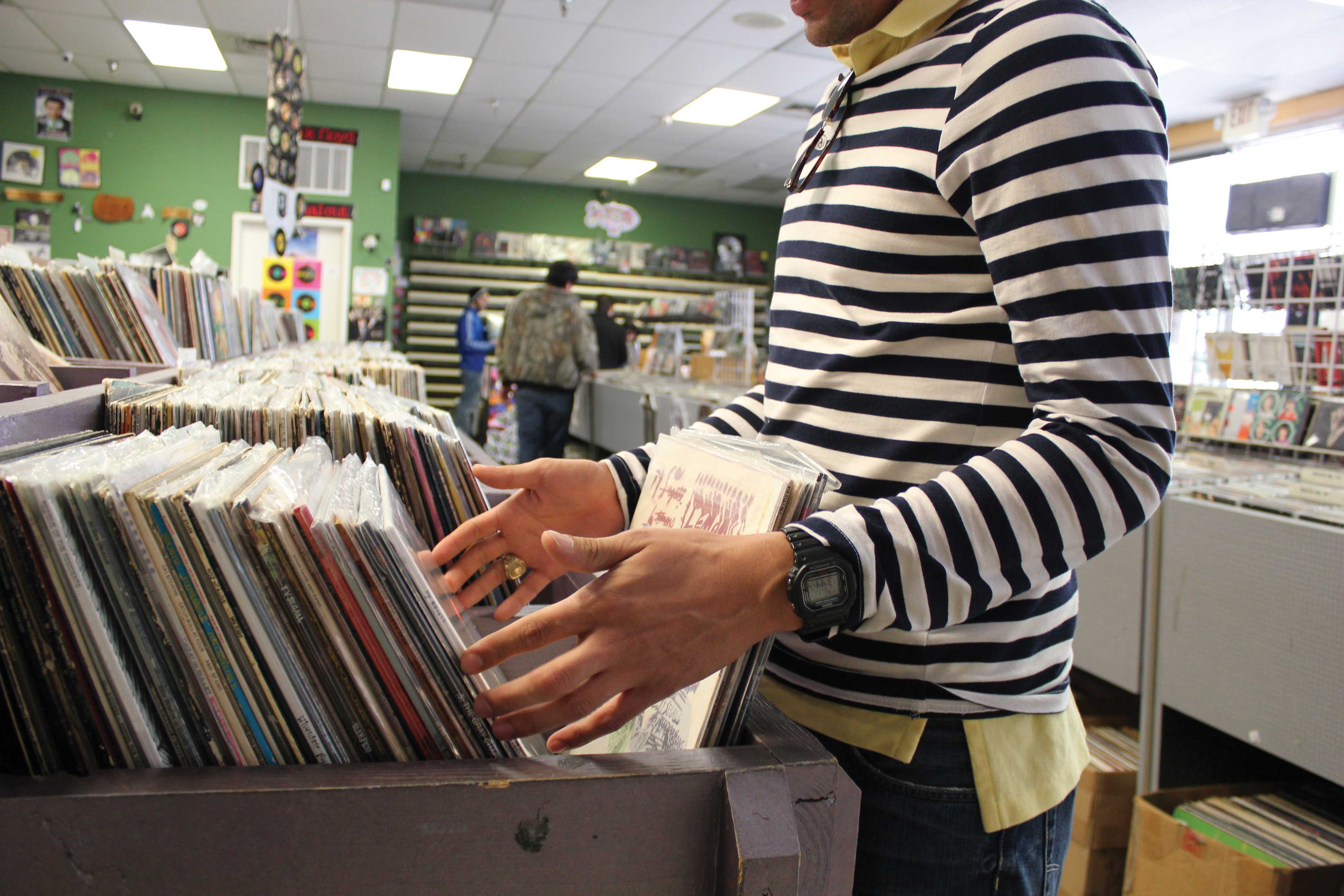 For collectors and enthusiasts of vinyl, good news is on the horizon. According to data released in January by Nielsen Soundscan, more than 9.2 million vinyl records were sold in the U.S. in 2014 alone, marking a 52 percent increase from 2013. Digital downloads of albums have plummeted, however.

For a generation of cloud-based listeners the rise in vinyl sales seems almost backpedaling. While music streaming sites such as Spotify and Pandora have increased in users, Nielsen revealed that digital downloads dropped 9 percent for albums and 12 percent for songs in 2014. So why the sudden shift back to the basics?

According to an article on TIME.com music specialists and bloggers have said the answer is two-fold: tangibility and sound quality.

First-time business owner Jason Rivera recently acquired local record store Disc Go Round along with his wife, Johanna. Rivera began his vinyl collection at age 12 while stationed with his family in Fayetteville. Since then he’s obtained over 400 records with his wife. Rivera agrees that the tangibility and physical relationship with music is something listeners are beginning to acknowledge. 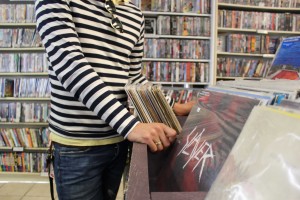 “We get people that come in the store and say, ‘I can’t believe vinyl is still here!’ But for me it never went away,” Rivera said. “I personally don’t think (vinyl) will go away.”
Rivera describes the past “typical record store shopper” as a “guy in his 30s, by himself, typically nerdy and just collecting everything he could.”

“Now we’re seeing younger people come in the store and they want Megan Trainor and Lana Del Rey on vinyl,” Rivera said. “I think what it comes down to is wanting something that you can hold on to. Millennials and young adults have grown up in the digital age where everything is stored in the cloud.

Rivera also boasted that this is the first time Disc Go Round has ordered more vinyl than CDs. Although vinyl sales are soaring, music streaming sites are still being used as a search engine for new music.

“The beauty of Spotify is that if I find something I really like I’ll go buy it on vinyl,” Rivera said. “I use Spotify as a search tool to help gauge what I should invest my money in.”

“I think it’s a fad to an extent,” Principe said. “But it’s a strong enough industry that people are able to see that it’s not going away.”

Disc Go Round employee Carlos Cooper attributes the recent boom in record sales as a communal effort to preserve music but does acknowledge that it’s somewhat of a trend as well.

“It’s definitely trendy and I don’t know if it’ll stay like this,” Cooper said. “But I don’t see it going away entirely.”
Cooper started his collection when a friend gifted “Dude Ranch” from Blink 182. After receiving this record he was hooked. Cooper said that as a musician he recognizes the hard work bands have put into each album and if he likes it, he wants to give them money to support it. 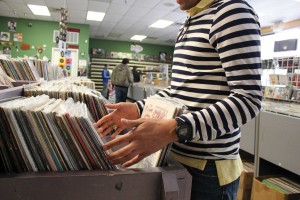 “My hard drive could wipe out at anytime and CDs inevitably break,” Cooper said. “I have this physical artifact, like a piece of art that you can hold in your hands.”

Although Cooper himself falls into the “Millennial” demographic, he explained that this group of young adults is now realizing the benefits of having a physical relationship with their music.

“I think a big part of it too is that we got this glimpse of what the world would be like with no physical music,” Cooper said. “For such a long time people were like, ‘Oh, I can get all of this free, why would I ever need to buy anything ever again?’ And we lived in that world for a few years where everything was digital and I think everyone realized that it sucked. A world where we have physical music is a better one.”