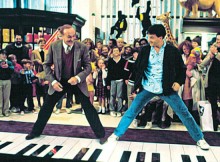 Looking for some family friendly entertainment for spring break? The Corpus Christi Ride-In Theater will screen “Big” on March 21 at the Watergardens.

The 1988 film stars Tom Hanks as the suddenly grown-up version of a 12-year-old boy, Josh, who made a wish at a carnival game to be big and wakes up the next morning in an adult body. Extremely freaked out by his sudden transformation, Josh frantically searches for the magic machine that granted his wish.

Callie’s Cajun and Twisted Murphy’s food trucks will be on site this month offering up a delicious assortment of treats.

Outside alcohol is prohibited, but adult beverages will be sold at the event by Twisted Murphy’s. 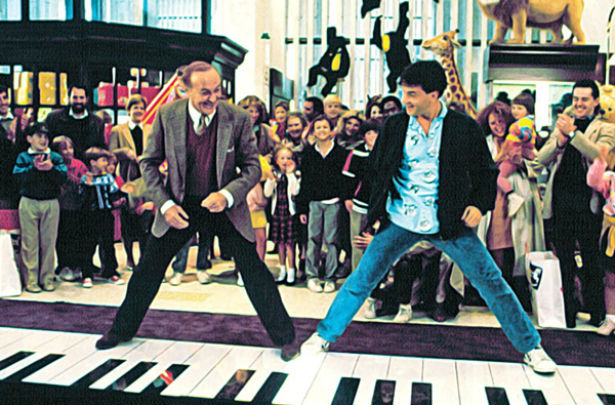 There will be a raffle for an assortment of prizes including House of Rock swag, musician Steven James swag and much more.

Local nonprofit organization Charlie’s Place will be in attendance as Ride-In’s partnering charity.

Charlie’s Place began as a small 24-hour halfway house with a 12-step program. Through the years it has become a professional and comprehensive treatment center for alcoholism.

At the event, Charlie’s Place asks attendees to donate men’s and women’s business formal attire. Those who donate will receive a Ride-In Theater raffle ticket.

Also, as a new treat for Ride-In Theater goers, local rocker Steven James will perform before the movie from 7:15-7:45 p.m.

A prolific songwriter and live musician, Steven James plays up and down Texas with stops each year in Los Angeles and Nashville. The young singer who often draws comparisons to Kings of Leon or Black Keys has teamed with acclaimed Austin-based producer/engineer Lars Goransson, who has produced international hit records from groups including The Cardigans and some of Austin’s music royalty including What Made Milwaukee Famous, Alpha Rev and members of Fastball.

Steven James has also been a member of the Ride-In Committee for over a year.

The Ride-In Theater is an organization built nearly three years ago. It quickly grew into a monthly event that brings out hundreds of locals.

Over the past few months the Ride-In Theater screened movies such as “Hocus Pocus,” a “Grease” singalong, “Home Alone 2: Lost in New York” and most recently “Fantastic Mr. Fox.”

“Big” will be screened beginning at 7 p.m.