Rolling Stone magazine opened up a can of worms when it decided to release an article titled “A Rape on Campus: A Brutal Assault and Struggle for Justice at UVA” in November. As the campus and community began to question the authenticity of the story, it became clear that this story was false.

Rolling Stone, five months after the article’s release, decided to retrace its steps and check the facts behind the story, which should have been done originally. Critics of the sloppy journalism say the falsified statements have done their damage and ruined people’s lives after the world placed judgment.

We should not allow for one publication’s mistake to blind us from the horrific violence that is still present on many college campuses. We cannot let this one instance set the tone going forward.

Rolling Stone had the right idea when deciding to take on a topic so important as rape on college campuses, but it didn’t follow the basics of journalism to get the point across. Rape on campus is, and will, remain a huge deal across the country, yet this one article might make it difficult for women to step forward with their own story. Afraid to be looked at as liars, rape victims might remain silent, not realizing how much harm they are truly creating by not taking action. 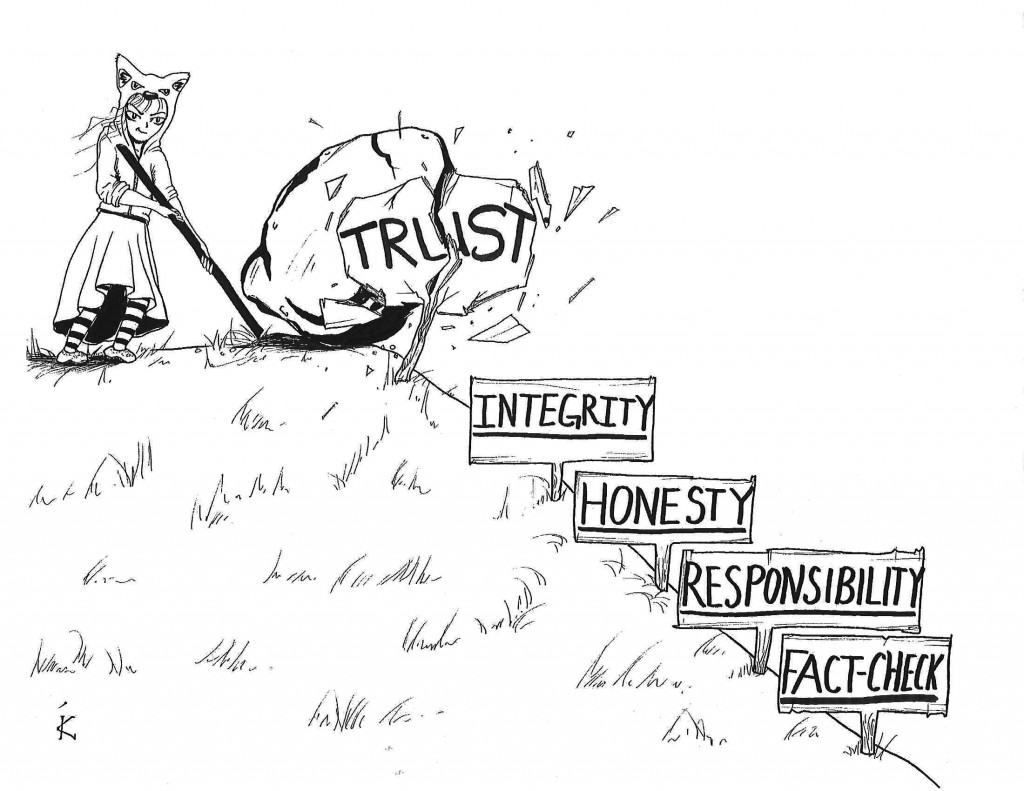 The word about rape has been spreading like wildfire and even more so since President Barack Obama and Vice President Joe Biden launched a campaign called It’s On Us, which says: “This pledge is a personal commitment to help keep women and men safe from sexual assault. It is a promise not to be a bystander to the problem but to be a part of the solution.”

It is important that we continue to talk about the severity of rape. If we allow this one false story to dictate the stories of so many victims, we are no better than a bystander refusing to help the victim.

Let’s not take the focus off the real matter at hand — rape on campus. Instead of the conversation being about false journalism, maybe it should be about the harm that has been caused by sexual assault.

According to the National Sexual Violence Resource Center, it is estimated that for every 1,000 women attending a college or university, there are 35 incidents of rape each academic year. Of rape victims, 33.7 percent were victimized on campus and 66.3 percent off campus.

Fewer than 5 percent of rapes and attempted rapes against college women were reported to law enforcement. However, in two-thirds of the incidents, the victim did tell another person — usually a friend — not a family member or school official.

Every time a student has a night class or stays late to study, there is a scary opportunity for violence to arise. No student wants to be afraid to attend college because it was a place they were assaulted. Imagine being the student who, after finding the courage to speak up and tell someone, hears about this story on the Internet. It took you long enough to feel this brave.

Do not lose sight of the damage you experienced! Being afraid to say something does not only harm you, but also harms so many other individuals who could possibly be victims of the same person. Instead of seeing yourself as a victim, see yourself as we see you — a hero.

We encourage victims of sexual assault to visit www.notalone.gov for guidance.