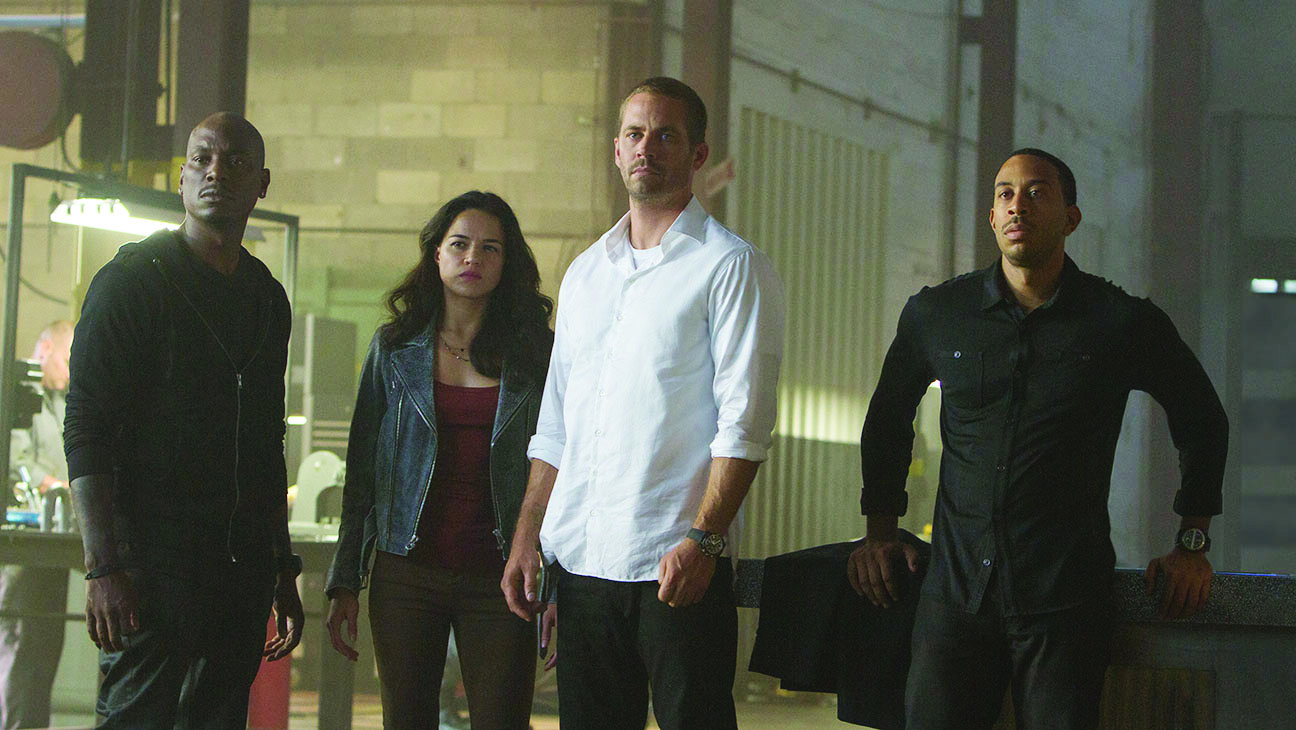 Vin Diesel, Paul Walker, Michelle Rodriguez, Jordana Brewster, Tyrese Gibson, Chris “Ludacris” Bridges and Dwayne “The Rock” Johnson all return for another round of fast cars and intense action in “Furious 7.” Director James Wan, famous for directing horror films such as “Saw,” “The Conjuring” and “Insidious 1 & 2,” takes his first crack at the action genre. And new cast members look to get in on the franchise such as Jason Statham, Nathalie Emmanuel, Ronda Rousey, Tony Jaa, Djimon Hounsou and Kurt Russell. Since “Fast Five” the series has gotten better with each film and this one is no exception.

Deckard Shaw (Statham) seeks revenge on Dominic “Dom” Torretto (Diesel) and his gang for their encounter with his brother Owen (Luke Evans). After the death of Han, Dom and the gang set out to find Shaw to take him down to avenge Han. While this journey is happening, they are tasked to find Ramsey (Emmanuel), who has a device called the “God’s eye,” which can hack into any technology to find a person. They also must stop it from falling into the hands of Jakande (Hounsou), who plans to use it for sinister purposes.

The “Fast & Furious” movies have been known for fast cars and adrenaline-pumping action and this one is no different. The action scenes are intense and will have viewers on the edge of their seats throughout. The effects were well done and the opening scene involving a brawl between Statham and The Rock should tell you what movie that you’re in for.

The chemistry between the cast is unlike any other and you can see that they’re having a blast on screen. They have so much fun that you believe they are like family on screen like the say how much they’re family in the movie. Because of this you see why the series lasted long as it did, with the first “Fast & Furious” movie having been released in 2001. And it also throws in some references to previous films such as the iconic “Race Wars” that was seen in the first movie, as well as many others.

This was unfortunately the last film Walker did before his tragic passing in 2013. About 85 percent of his scenes were already shot before his death, leaving his brothers Cody and Caleb to finish the rest of his scenes. And the CGI used for Paul’s scenes was noticeable, like Jeff Bridges in “Tron: Legacy,” but the film can’t be penalized for it because the situation producers were put in was out of their hands. The ending of this movie is a tribute to Walker that will touch many people including hard-core fans of the series. The way it was handled was very nice and serves as a great send-off for his character.

“Furious 7” hits all the things you want in an action movie and is worth seeing in theaters.