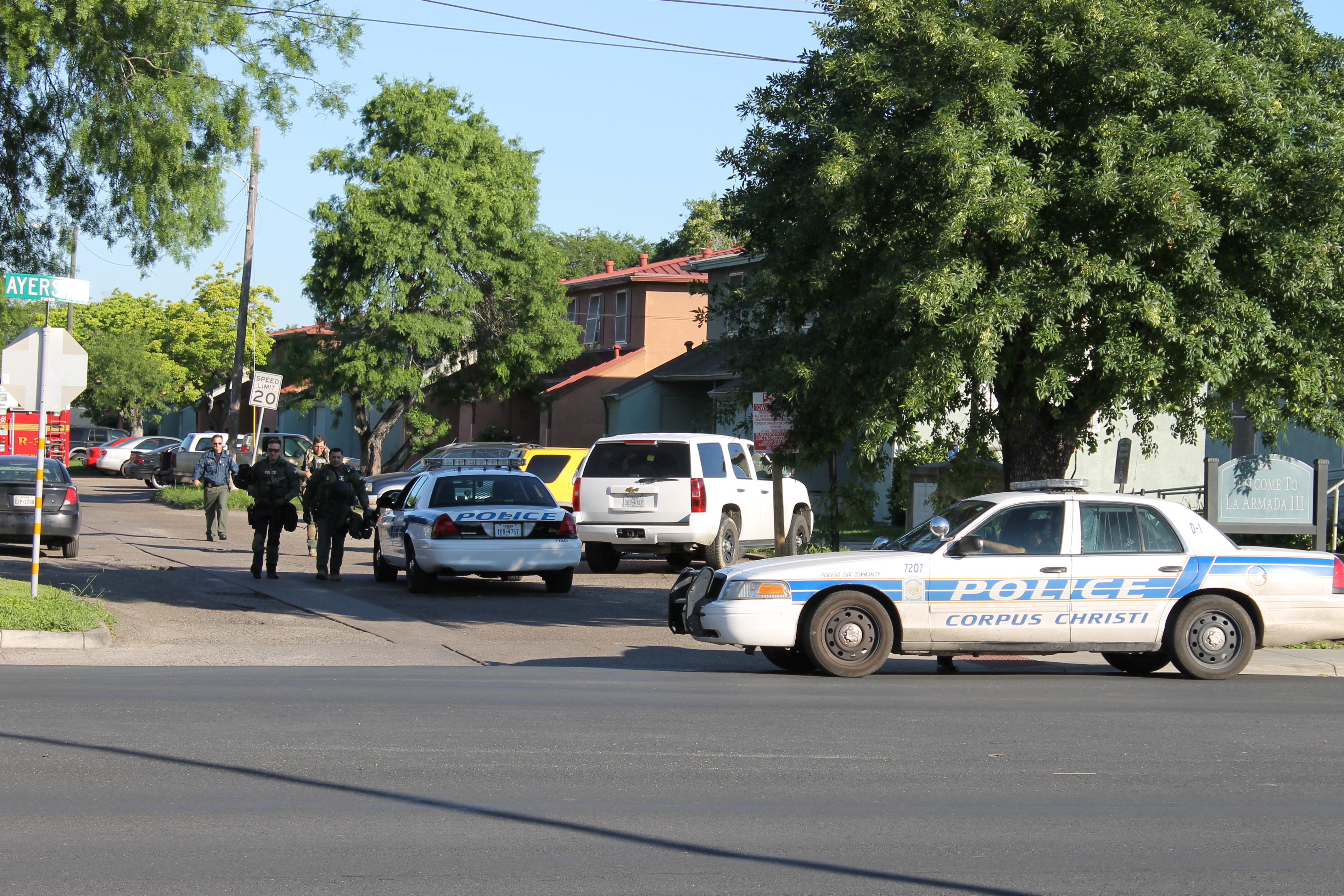 Officers respond to a standoff early in the morning of April 29 across from Del Mar College's East Campus.

Corpus Christi Police Department SWAT units responded to an armed man holed up in his La Armada apartment, across Ayers Street from Del Mar College’s East Campus, at about 5 a.m. April 29. Officers were forced to shut down Tompkins Street off Ayers near Del Mar College, as well as several DMC parking lots along Ayers.

Detectives said tactical units were employed as a precaution to keep area residents safe. Del Mar College also closed its East Campus parking lots off Ayers to ensure the safety of the students, and so officers could use the area as a staging ground.

The SWAT team used tactical methods to force the man to surrender at about 8:30 a.m. Nobody was hurt in the standoff.

“We got a call for a suicidal subject early this morning,” said Senior Officer Travis Pace. “There was potentially a weapon involved so our SWAT team was activated (and) they contained the area. The negotiators came in to negotiate a peaceful resolution to the situation. They had to … use tactics to get the individual out. But he gave up, and he is in custody right now and we are going to give him the help he needs.”

According to Pace, the department’s main objective was to keep the community safe and to ensure the individual’s safety as well.

“We always strive to make sure everything comes to a peaceful resolution and this one did,” Pace said.

Del Mar College opened its East Campus parking lots nearby the scene at 9 a.m. once the area was cleared.